Ward Wright is back in Atlanta to celebrate his survival in a way no one thought was possible - run the AJC Peachtree Road Race. 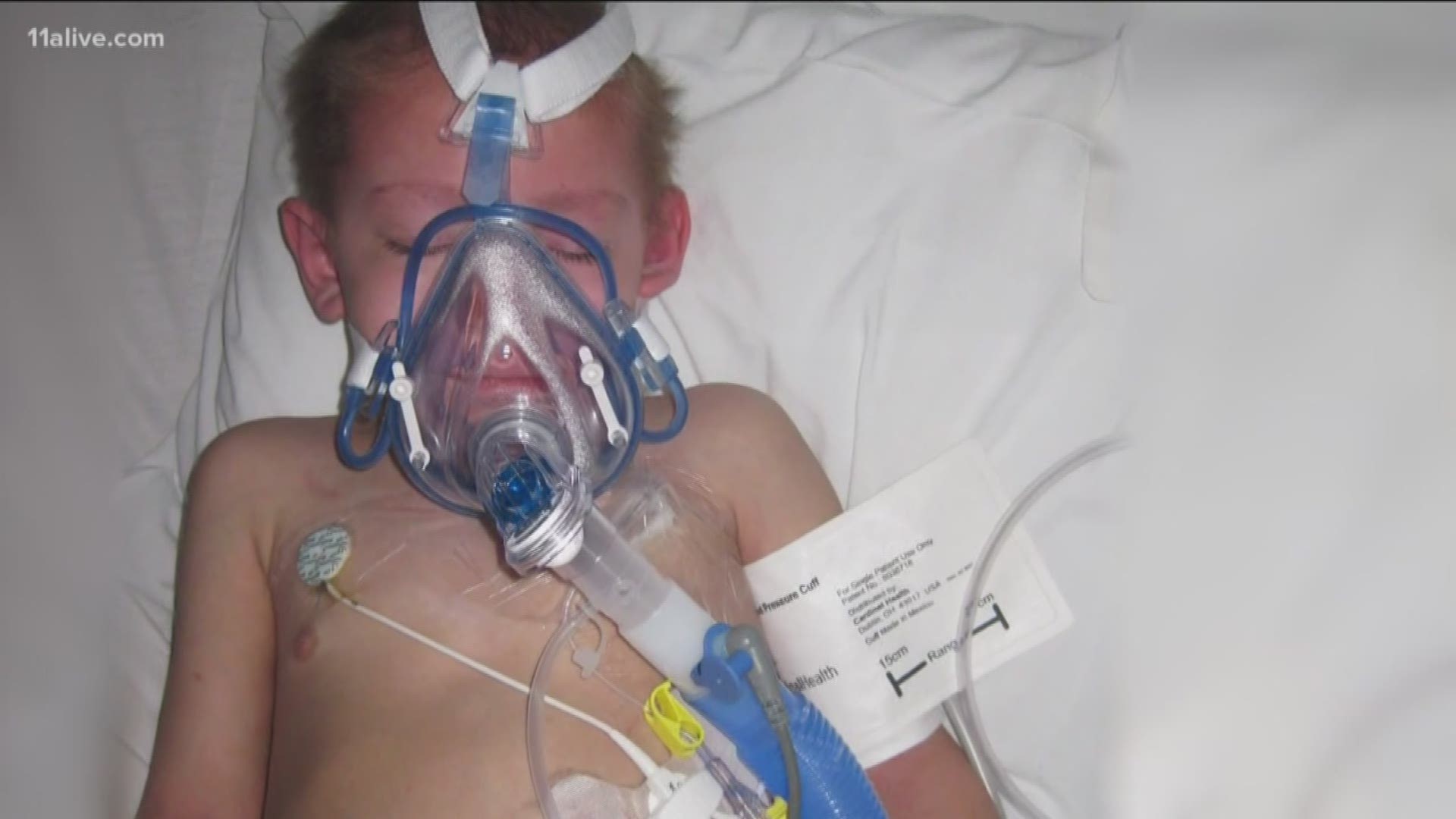 ATLANTA — The Wright family has lost count of all the times they’ve made the 3-and-a-half hour drive from their home in South Georgia to Atlanta.

For 10 of Ward Wright’s 13 years, he and his mom would make the drive to Children’s Healthcare of Atlanta. It is where Ward faced cancer and won.

This week, they are back in Atlanta to celebrate his survival in a way no one thought was possible.

Ward was 3 years old when doctors at the AFLAC Cancer Center diagnosed him with a stage 4 Neuroblastoma; a tumor.

“It spread to his spine and compressed his spine,” his mom said. “He lost all body function from his chest down.”

Ward remembers a time when he couldn’t wiggle his toes or bend his knees.

There were many surgeries, seven rounds of chemotherapy, two stem cell transplants, and a possibility Ward would always be in a wheelchair. But he fought. He fought his cancer and he fought to use his legs again.

Ward not only learned how to walk, but he also started to run. He now runs on his school cross country team in Albany.

“When I run I think about when I couldn’t even move, and now I run because God healed me,” he said.

“When Ward prays he thanks the Lord for letting his legs work again,” his mom said. “It is such a gift.”

Ward has a t-shirt that reads on the front, “From paralyzed to running.”

He will wear it when he runs the Peachtree Road Race on the 4th of July.

His mom knows there will be tears of gratitude.

“When I watch him run I cannot help but get emotional thinking about where he was 10 years ago and to see where he is now,” she said, “It is a miracle that we thank God for every single day.”

On the 10-year anniversary of his cancer diagnosis, Ward and his mom will run the 50th AJC Peachtree Road Race. It is a chance to be a part of history that is both personal and significant for Atlanta.

Ward said he hopes others will see his story and be inspired.

“Keep pushing through,” he said. “Never ever give up.”

His mom said her son standing on the Peachtree start line is proof that all things are possible.

“We are humbled and thrilled to be part of the event and can't wait to make some sweet, sweet memories,” she said.

'From paralyzed to running:' 13-year-old to run in AJC Peachtree Road Race

1 / 4
Family Photos
Ward Wright is seen in these hospital photos provided by his family.

The Wright family has wanted to pay forward the tremendous love and support they received. They partner with a non-profit in Macon, The Jay's HOPE Foundation, to provide direct support to pediatric oncology families in Albany and surrounding areas. The Pay it ForWARD Fund was established in honor of Ward and to this day we host an annual fundraiser to raise money to assist these families. For more information on Jay's HOPE or the Pay it ForWARD Fund, you can visit www.jayshope.org.