In a letter emailed to friends and supporters, Galloway said the heart attack happened after he'd finished an exercise session. 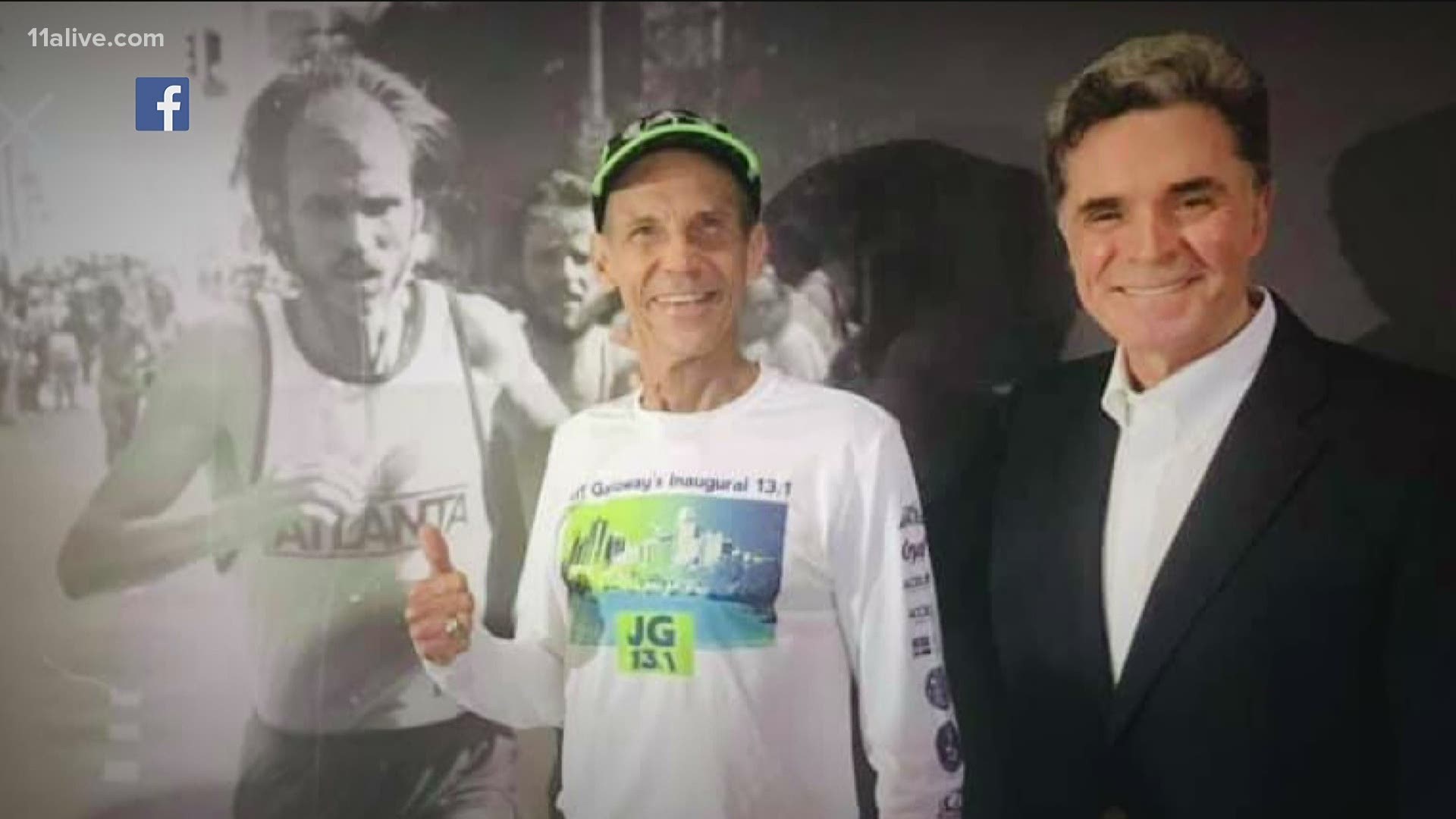 ATLANTA — Jeff Galloway, an Atlanta running legend and winner of the first Peachtree Road Race in 1970, is recovering from a heart attack suffered this week.

In a letter emailed to friends and supporters, Galloway said the heart attack happened after he'd finished an exercise session, "when I got up and suddenly experienced a dizziness that I hadn't before."

Galloway, a 1972 Olympian, described trying to walk around his house and settle down, but "the symptoms got worse with nausea and extreme fatigue."

"I had suffered a heart attack," he wrote.

He said he had five stents placed and a pacemaker/defibrillator implanted, and is now "on the road to recovery."

"My health and the Piedmont team allowed me to survive the heart attacks, but even those advantages won't make it easy to get back to full strength," he wrote.

While Galloway will now be recuperating, he said he "can't wait to be back seeing everyone at events, retreats and virtually."

He thanked his doctors and wife, with whom he celebrated his 45th anniversary "by my side as my biggest supporter."

"I hope you can get out today and run or walk, hug or call a loved one, and if you are feeling bad GO SEE SOMEONE about it," Galloway wrote. "Doctors and science are pretty amazing!"