Race packets began shipping on Tuesday and will be arriving at participant’s homes over the course of the next three weeks. 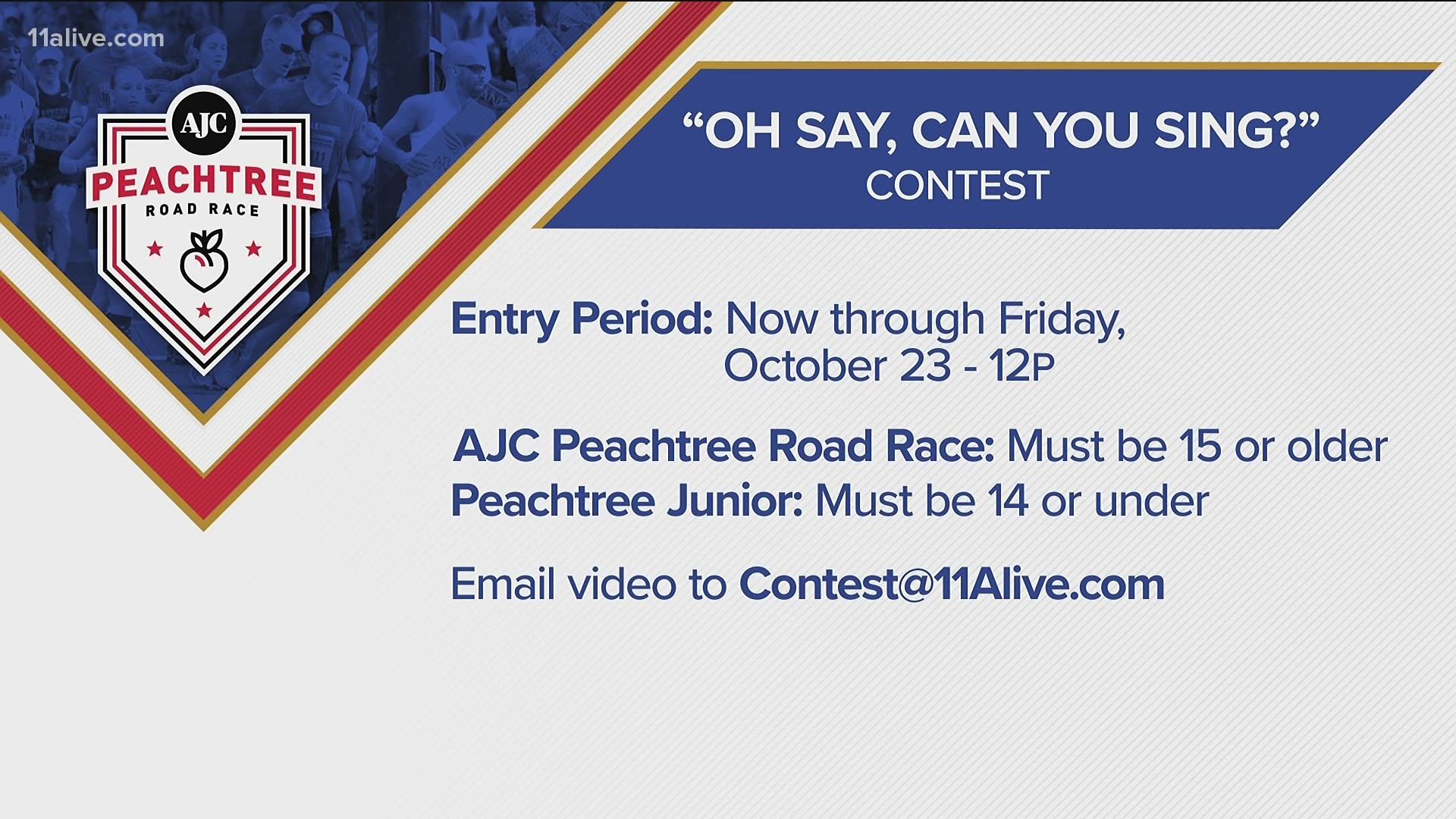 ATLANTA — For the first time in its history, the AJC Peachtree Road Race t-shirt was unveiled before anyone even crossed the finish line.

In a year that has already brought many changes to the world's largest 10K due to the coronavirus pandemic, the actual race will be held virtually on Thanksgiving Day. The original event on July 4 was postponed.

The shirt, named "Keep On Keeping On," was designed by Beckie Dominick, a graphic designer from Gainesville, Georgia.

The shirts, which were printed for the traditional July 4 running of the race, were sent back to the printer to add a message on the back of the shirt that reads “Peachtree: An Atlanta Tradition 2020 Can’t Stop.”

Credit: Atlanta Track Club
90-year-old Bill Thorn has participated in every Peachtree Road Race. He shows off the 2020 design.

"I think every time I see someone wearing the shirt, I’ll think ‘oh my gosh! I did that,” Dominick said when she received the news via Zoom.

She will be awarded $1,000 for her winning design.

When it became clear an in-person event would not be possible, race organizers with the Atlanta Track Club announced the race would be held virtually over the course of four days from November 26-29.

Race packets began shipping via UPS today and will be arriving at participant’s homes over the course of the next three weeks. That means you'll get a shirt before you finish the race.

Bill Thorn, 90, of Tyrone, Georgia received the very first shirt, hand delivered by race director Rich Kenah on Tuesday. Thorn is the only person to complete every Peachtree.

“For y’all to even think about me under these circumstances, I just can’t get over it,” Thorn said.

Registration for the AJC Peachtree Road Race is open until November 1. Click here for details.