The race has experienced many changes over the decades. 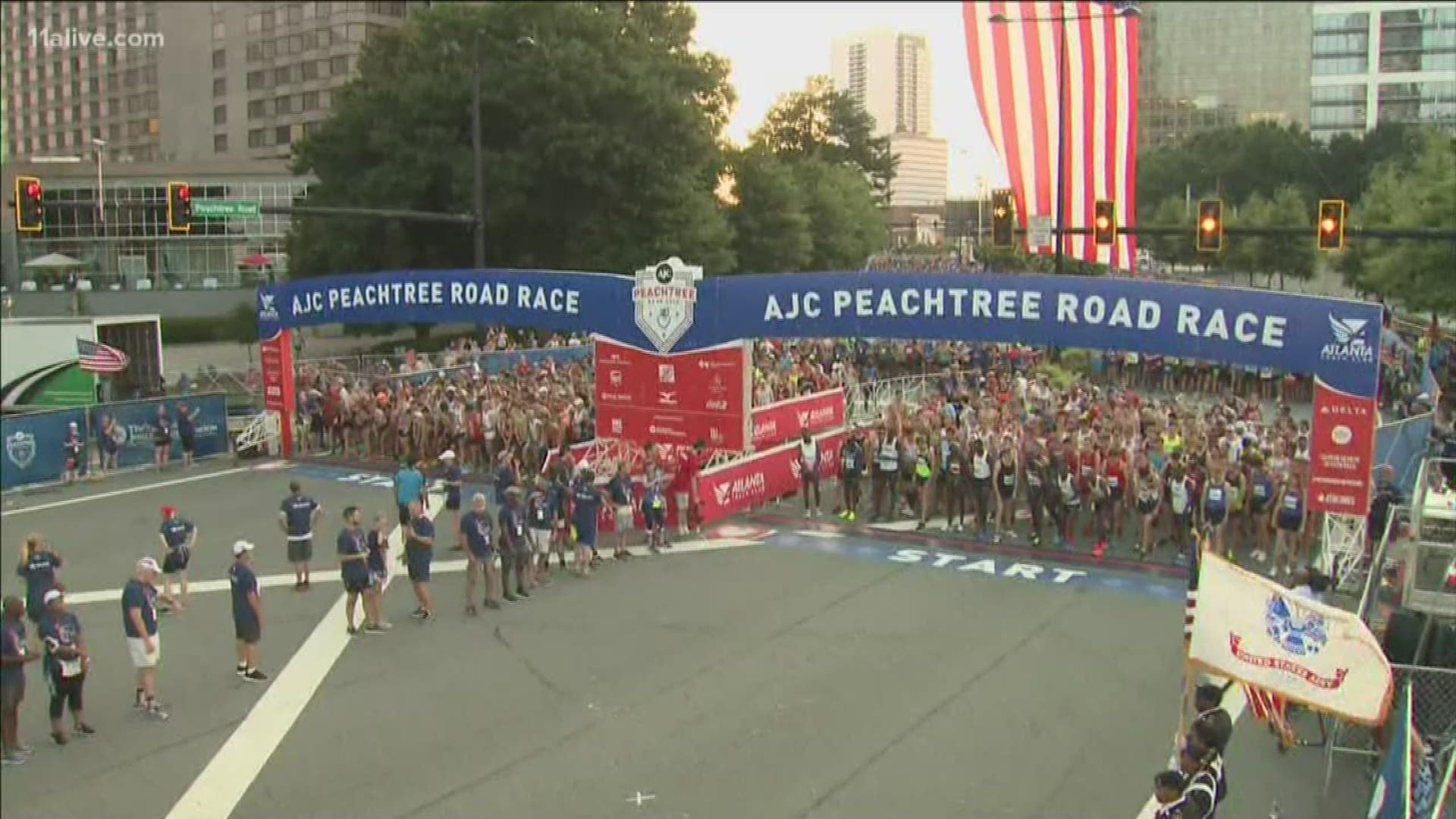 Even in the 1970s, the idea of shutting down Peachtree Road for a race seemed like a crazy notion. Before then, most of the races in Atlanta were held at the old Water Works.

Back then, the City of Atlanta recognized the importance of the AJC Peachtree Road Race, and organizers assured them volunteers could transform the start line - fast.

One of those people who knows all about the transformation is Tommy Owens. He's watched the race change over the decades.

What's even more impressive, he has run 80 marathons during his lifetime. His shelves display trophies and ribbons that show his accomplishments. But Tommy said, it's not about the accolades for him.

"You see the excitement, you see how fun [it is]," he added.

In six hours flat, Tommy, the start coordinator, and a team of volunteers would transform the crosswalk by Lenox Square. When the racers begin to arrive around the midnight hour, it would be ready.

"It is the beginning of the party. It is where the tone is set for a 6 mile run down Peachtree Road," said Jay Holder of the Atlanta Tack Club.

"This is one of the most iconic points," said assistant start director Enrique Thomas. "It’s the only point where all 60 thousand people are all in the same place at the same time."

"We’ve got our giant flag that goes over the street," Enrique said. "It’s six stories tall and there is something magical about it."

The magic hasn't changed, but just about everything else has.

"There was an old Delta ticketing counter at the start line at Peachtree and Roswell Road and they would open up that counter and let a volunteer come in and get on that phone," Jay said. "They’d be on the phone with someone on a pay phone at the finish line in downtown Atlanta. When the gun went out the person would yell, 'go' and someone would start all the stop watches."

For more than 20 years, Tommy gave the signal to start, and then sprint.

"You run like crazy to get out of the way," he said.  "I’d be running full speed to the side."

The race has grown over the years to 60,000 runners. Even Georgia Tech engineering students had input on how best to handle the growing crowd.

"We didn’t used to have 26 waves," Thomas said. "It used to be one start gun time. Everyone started in one wave until we got to 15,000 participants."

But Tommy said he loves the experience.

"It's that feel of an entire city embracing something," Tommy said. "I can’t think of many events around the country that has the success that the Peachtree does."

The 50th running of the AJC Peachtree Road Race is Thursday, July 4. Get more information about the race on its website.

Tracing the history of the AJC Peachtree Road Race t-shirt