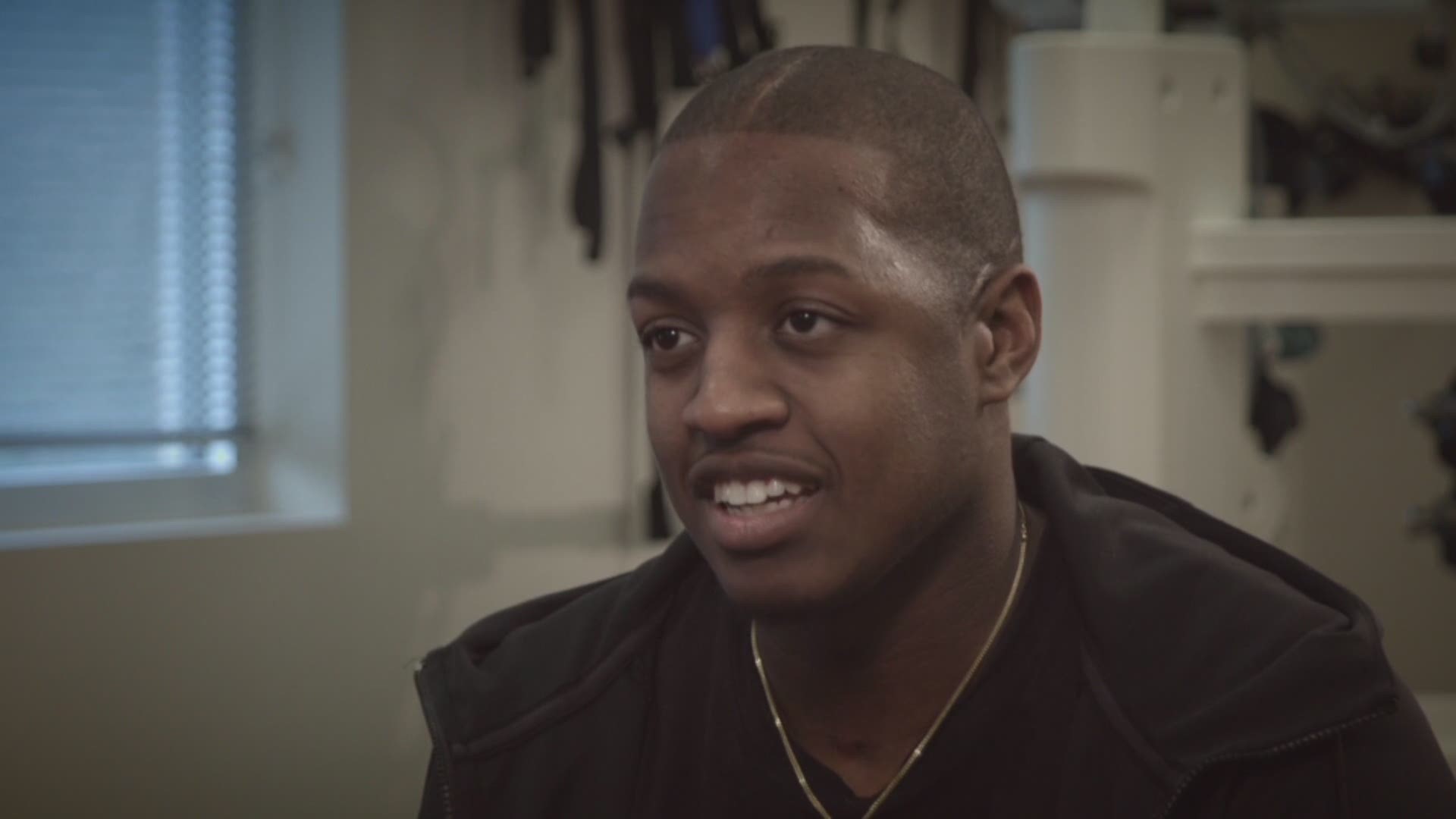 ATLANTA — The trajectories of Christion Abercrombie's college football career and quality of life were dramatically altered on Sept. 29.

On a warm, early fall Saturday, Abercrombie and his Tennessee State teammates were on the precipice of beating an SEC opponent (Vanderbilt) for the first time in school history.

And by all accounts, Abercrombie – a redshirt sophomore linebacker at the time – had been playing a prominent role in this possible win for the ages.

(Vandy would eventually rally for the 31-27 victory.)

However, tragedy would strike sometime in the second quarter, even though it's hard to pinpoint the exact moment when Abercrombie (a Westlake High School alum) suffered the head trauma that nearly took his life less than an hour later.

After a handful of typically productive plays on the field, Abercrombie returned to the Tennessee State bench; and seconds later, he would collapse to the ground and subsequently be rushed to the hospital for emergency brain surgery.

On this somber day, things broke well for Abercrombie in one respect: He was only three minutes from Vanderbilt University Medical Center, one of the nation's most renowned hospitals for emergency trauma.

"The crazy thing about it is, I don't remember nothing from the injury," recalled Abercrombie to 11Alive Sports this week, as part of an exclusive interview from the Shepherd Center in Atlanta. "But I do remember (being) at the hospital when I was receiving baths from the doctors and nurses.

"The last thing I remember (on the field) was the Bethune-Cookman. We went down there and played. That's about it," he said.

The interesting thing about Abercrombie's recollection: The rout of Bethune-Cookman (34-3) occurred on Sept. 1, four weeks before the Vanderbilt game; and the following two outings on Tennessee State's schedule were canceled, due to inclement weather.

And then on Sept. 22, the Tigers would enjoy their most thrilling victory of the season, outlasting Eastern Illinois, 41-40.

Check out Alex Glaze's detailed journey with the Abercrombie family in the above video.

Abercrombie's heartbreaking words derived from a novice point in his trauma recovery. He incurred the injury on Sept. 29 and couldn't breathe early in that crucial stage.

After that, Christion wouldn't be able to speak for another three weeks – with every silent hour feeling like an eternity to Abercrombie's family, friends, teammates and coaches.

Two more weeks passed before Abercrombie could eat food under his own power. It was yet another positive step in a subsequent series of mini-miracles, which steadily put Christion on the remarkable path to recovery.

A second surgery would follow on Dec. 7, alleviating pressure on the brain and repairing parts of his skull; and just nine days later, Abercrombie was home with his family, while running through a spectrum of emotions – joy, relief, satisfaction, comfort and comeback.

Wait, what was that last one?

Oh yeah, Abercrombie has three major goals in mind for the coming months:

1) Get healthier and stronger every day.

3) Return to football in some sort of capacity.

"If God goes back and lets me go back and play, I'm going to play," says Abercrombie, whose perpetual optimism might inspire others dealing with adverse situations. "But if not, I'm going to do something in the field of football. ... I've been playing all my life. That's what I do."

"But if not, I will do something like coaching or something in that field."

A few weeks ago, amid Atlanta's afterglow of hosting the Super Bowl, Abercrombie strolled through the doors of Tennessee State's football facility for the first time since late September.

According to TSU's website for news, Abercrombie carved out plenty of time for hugs and handshakes with every member of the Tigers football family, including head coach Rod Reed, a major influence with Christion transferring from Illinois to TSU.

"I missed you all so much," said Christion, who was flanked by his mother (Staci) and other family members on this momentous day in Nashville.

This experience also allowed the Abercrombie family to come full circle with its grief – and gratitude – for what transpired during the Vanderbilt game.

"The first thought (of Christion collapsing) was it was scary for us," recalled Staci Abercrombie to 11Alive Sports this week. "We did not see an (initial) impact or anything that would have led to that. In our minds, we were confused. At that time, we just began to pray and the community was there for us."

"School officials and people from the game were crowding the lobby. Everyone just began to pray. We just began to trust God in the process. We didn't have any other choice. We were confused about what took place. We just knew that we had to yield and pray for healing our son."

Those prayers have apparently been answered.

"It's been a blessing from the (early) days that I was at the hospital," Christion told 11Alive from the Shepherd Center, one of Atlanta's pre-eminent facilities for spinal cord and brain injury rehabilitation. "I can't do nothing but thank God. ... It's been good. I can't complain. I've been having physical and recreational therapy with (his therapists Maci and Chris), and it's done nothing but helped me even more."