Are you ready for more Coco Gauff? She's playing the U.S. Open next

The Wimbledon sensation was given a wild card entry to the U.S. Open's main draw. 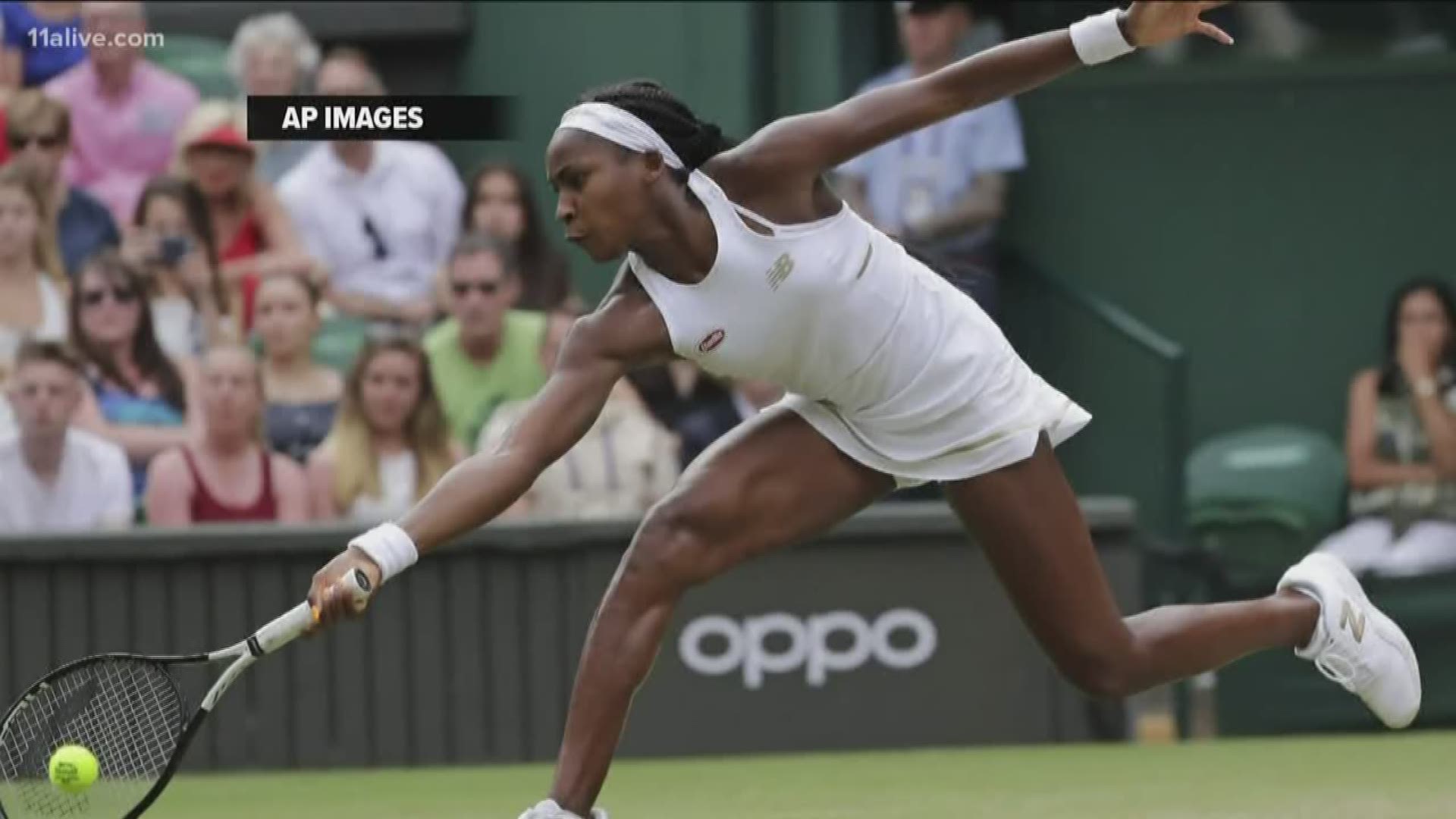 Coco Gauff will get a chance to try for an encore: The 15-year-old from Atlanta received a wild-card entry Tuesday for the U.S. Open's main draw.

It will be Gauff's second Grand Slam tournament. She made a magical run to the fourth round at Wimbledon last month after getting a wild card into the qualifying rounds there.

RELATED: Coco Gauff's mom has us all fired up

Ranked just 313th before last month's sensational ascent, Gauff became the youngest player to qualify for Wimbledon, upset five-time champion Venus Williams in the first round and wound up losing at the All England Club to eventual title winner Simona Halep.

Gauff is currently No. 140 in the WTA rankings. She initially made a mark at age 13 by becoming the youngest U.S. Open junior finalist in history; she won the French Open junior title at 14.

Age restrictions set up by the women's professional tour limit the number of tournaments someone who is 15 can enter and the number of wild-card invitations she can be offered — and Gauff already has accepted three wild cards elsewhere. But according to the WTA, the U.S. Tennis Association — which runs a Grand Slam tournament, and so is not overseen by the WTA or ATP tours — essentially can choose to ignore the eligibility rule and offer Gauff a wild card.

"I want to thank the USTA for the opportunity to participate in my home slam," Gauff said in a statement emailed by her agent. "I look forward to playing my first main draw at the U.S. Open."

Among the other players receiving wild cards from the USTA on Tuesday for the women's field at Flushing Meadows was 17-year-old Caty McNally, an American who won the doubles title with Gauff and reached the singles semifinals at the Citi Open in Washington this month.

Gauff and McNally have said they plan to play doubles together at Flushing Meadows; that event's wild-card entries will be announced later.

The pair won the U.S. Open junior doubles trophy together a year ago.