Nearly eight months after first getting diagnosed with COVID-19, Durr wonders if she'll be able to play basketball again. 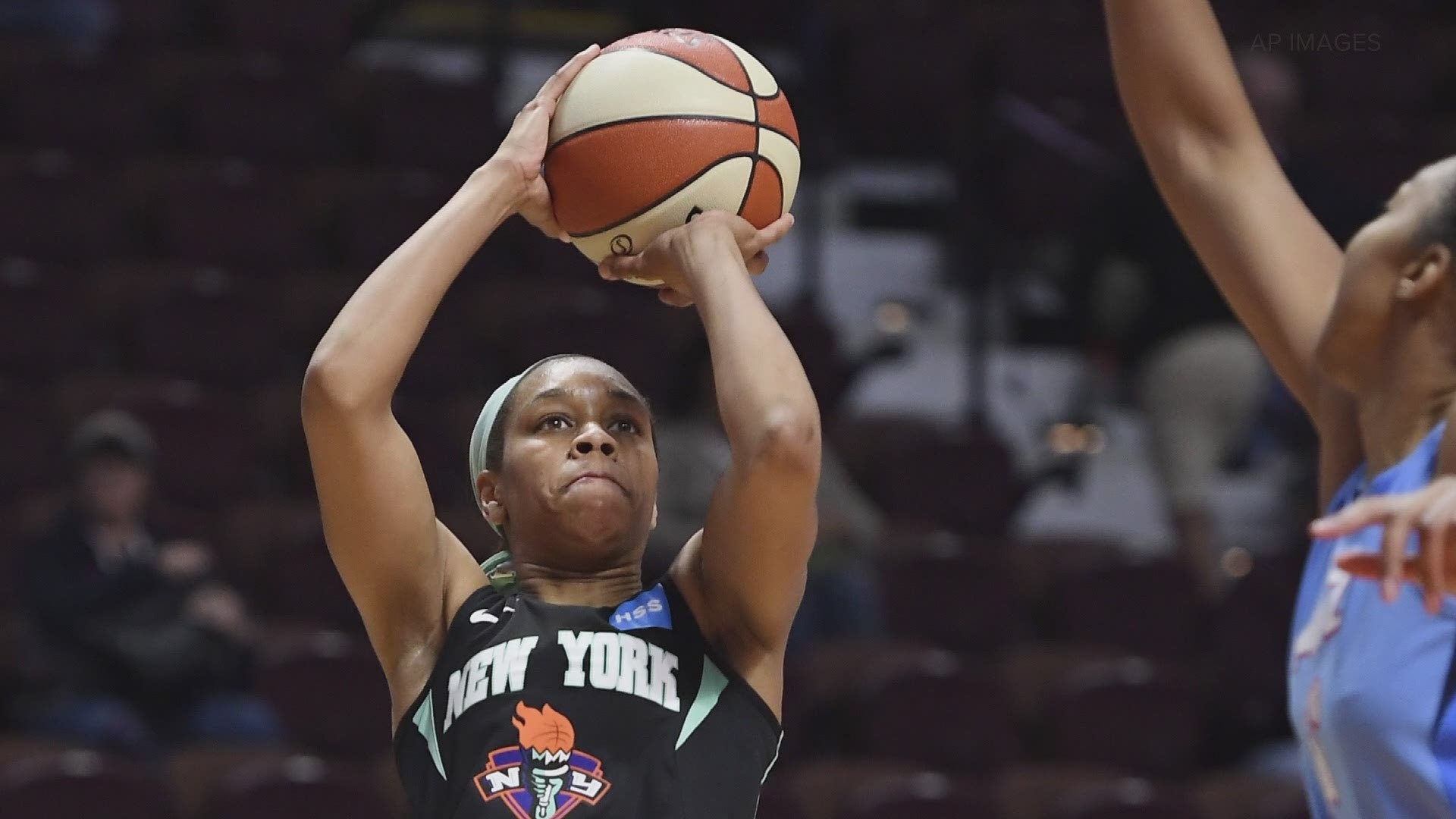 NEW YORK — She was a rising star in the WNBA just two seasons ago, ready to showcase her talent. Now, she's wondering if she'll ever dribble a basketball, let alone play again.

Asia Durr revealed in an interview on HBO's Real Sports with Bryant Gumbel that she's experiencing long-term effects from COVID-19 that have kept her from basketball since she was diagnosed last summer. The guard for the New York Liberty sat out the 2020 season, but not much has changed since then.

She has become a "long-hauler," experiencing effects from the virus for months. For her, it has targeted her lungs.

"Lung pain that was just so severe, it felt like somebody took a long knife and was just stabbing you in your lungs each second," she described in the interview that aired Tuesday night.

Durr said doctors have not cleared her for any basketball activities, and some days she said she's unable to get out of bed because of the pain.

Durr was drafted No. 2 overall in the 2019 WNBA Draft to the New York Liberty out of the University of Louisville. She is a native of Douglasville, Georgia, and attended St. Pius X, where she rose to be one of the top recruits in the state.

To this day, she continues to connect with her high school coach, Kyle Snipes, who still coaches the Golden Lions. They text almost weekly.

"We were talking, probably the first of September, and she was saying, 'I'm still battling this thing'," Snipes said in an interview with 11Alive on Wednesday. "I knew this was going to be a longer deal."

Snipes has known Durr since she was in middle school and watched her grow into the mature 23-year-old she has become while playing in New York.

"She knew what she wanted to do. She knew where she wanted to go, in terms of basketball and academics," Snipes said. "She is the same since she has been the first day I met her."

While they stay in contact, COVID isn't the dominant topic. Durr said she still wants to discuss how Snipes' team is doing and what she wants to do in the future with the Liberty.

She said she has big plans, but it comes with the caveat of her future currently being in jeopardy. The Liberty remain patient without their top draft pick.

"That question has definitely crossed my mind plenty of times," Durr said in the interview, when asked if she wonders if she'll be able to play basketball. "That's when I give it to God."

Also, to be clear: I am working every day to be back for this WNBA season! My progress is slow and incremental, but I’m striving to gain momentum. Thankful for @NYLiberty for their patience & resources. This entire struggle has been a powerful reminder of all my blessings too.

But Snipes is confident. He knows the fighter, and despite her not being able to play the game she loves, he said he expects her to wipe the dust off when the time comes and get back on the trajectory towards being a star in the league.

"I know she's going to do the same thing she's always done," he said. "Fight through it, and then get back to playing."