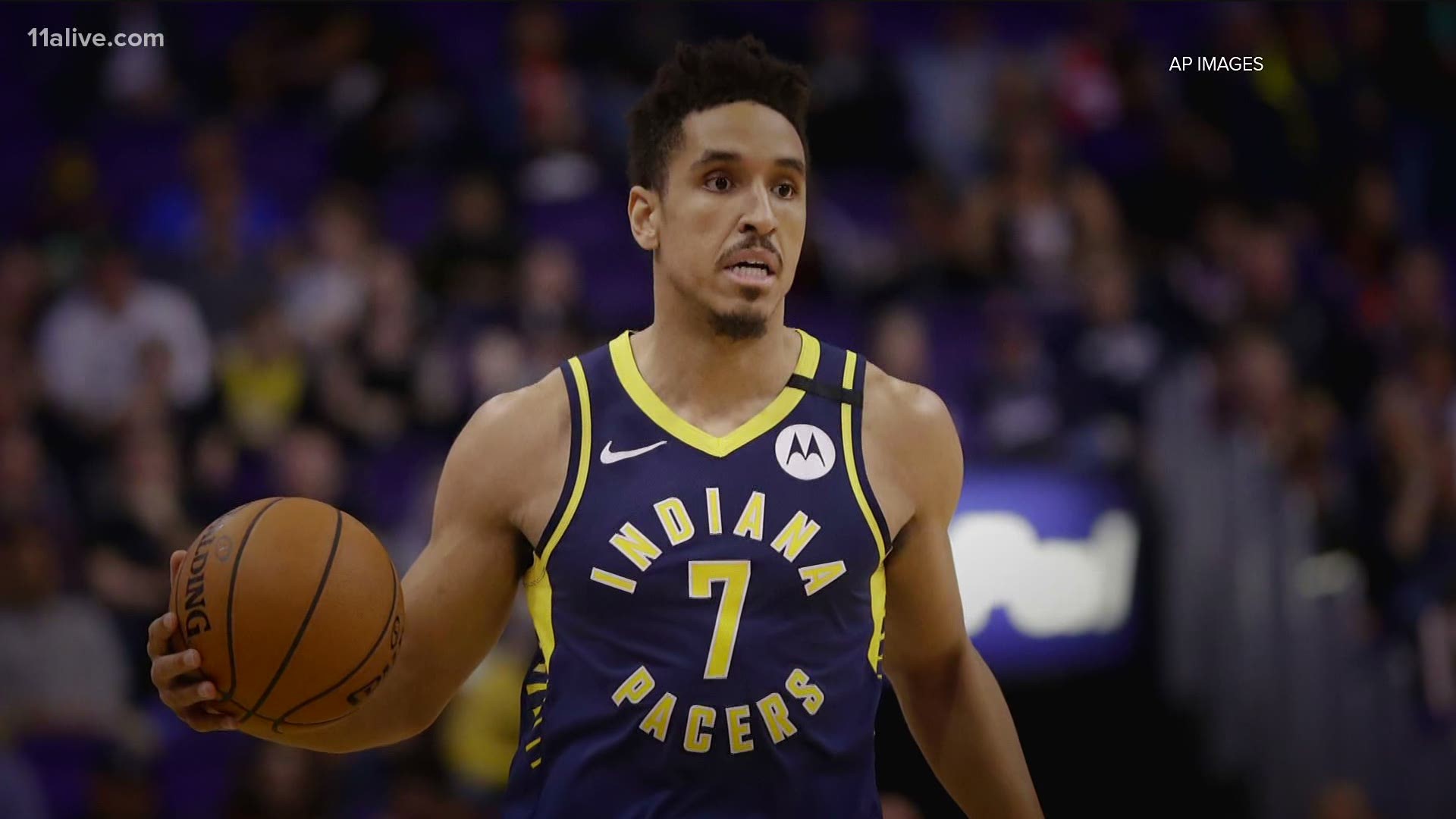 ATLANTA — Malcolm Brogdon, an Atlanta area native NBA star who was a leading voice here in protests as they began late last month, has tested positive for COVID-19, he said in a statement.

The Indiana Pacers player said he is "doing well, feeling well and progressing well" and plans to join the team when the NBA season restarts in Orlando after he quarantines.

"I recently tested positive for the COVID virus and am currently in quarantine. I'm doing well, feeling well and progressing well," Brogdon's full statement said. "I plan to join my teammates in Orlando for the resumption of the NBA season and playoffs."

Brogdon, 27, went to Greater Atlanta Christian School in Norcross. Last month, he was among the notable names who joined another area native and NBA star, Jaylen Brown, in protests in Atlanta.

"We have a moment in time. Our kids are going to look back at this and say, 'You were a part of that,'" he said during the demonstration.

All 22 NBA teams that will be part of the resumed season began mandated testing Tuesday.

League officials have expected that positive tests would be inevitable. But players who test positive now could have time to recover and rejoin their teams before the games start.