Atlanta is all geared up for Wednesday's do-or-die game. 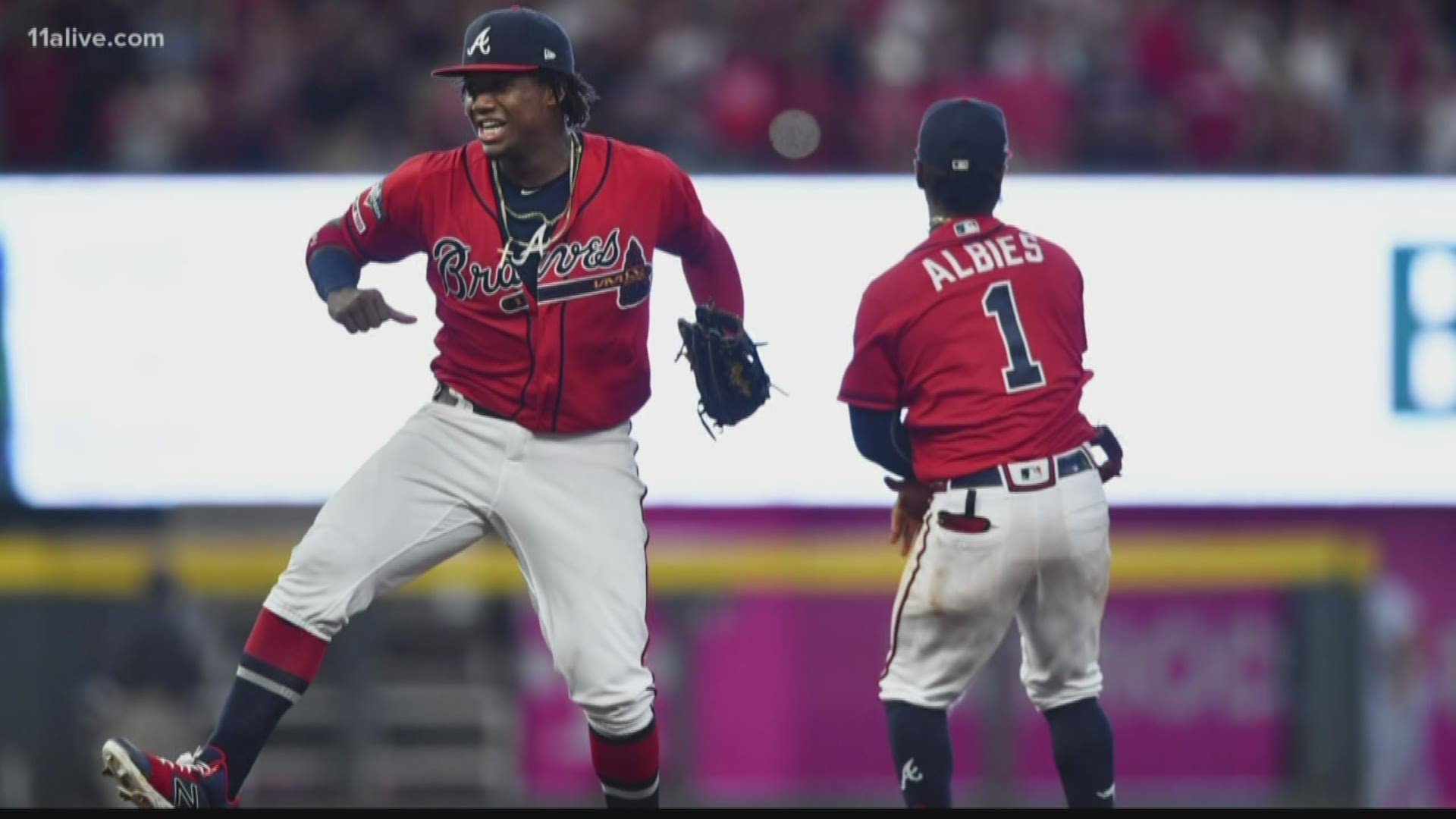 ATLANTA — Agony or ecstasy, one is guaranteed on Wednesday.

The Braves will either triumphantly end a streak of playoff series losses stretching back almost two decades, or surrender the first series they've so much as even led since 2002.

Mike Foltynewicz, who was superb in Atlanta's 3-0 win against St. Louis in Game 2, takes the mound at SunTrust Park at 5 p.m (on TV on TBS.)

"All these games, all four of these games, have just been tremendous," Foltynewicz said Tuesday ahead of the do-or-die game. "I don't even have any nails right now, it's just edge of your seat."

MORE BRAVES: Braves in the playoffs: Everything you need to know

Atlanta will take the field hoping they've fully washed out the bad taste left behind by Game 4 back in St. Louis, which slipped away from them in tormenting fashion.

After they'd already came back to go ahead 4-3, the Braves blew their slim lead in the eighth and then failed to bring in Ronald Acuña after his leadoff double in the ninth. They were beaten the next inning.

It was one more torturous chapter in the Braves' recent history of playoff disappointments.

The good news, at least for now, is it doesn't yet need to have the same lasting imprint the others have had. The Braves still have a chance to break from their recent past.

"History, we don't really play into that. This is now," shortstop Dansby Swanson said after his heroics helped win Game 3.

Foltynewicz is set to face Jack Flaherty, who was one of the best pitchers in baseball this season, again in Game 5.

Even if Foltynewicz is as good as his Game 2 start - and he was spectacular, registering seven strikeouts, three hits, no walks and no runs over seven innings - the margins will be thin against Flaherty.

And the Atlanta lineup has had a difficult time working within those margins.

"We're a hit away from - just some productive outs - from continuing to add on," manager Brian Snitker said after the Braves, in one instance, failed to score with the bases loaded in consecutive innings on Monday.

Even before their breakthrough at the last gasp in the ninth inning of Game 3, the Braves left the bases loaded without a run to show for it in the eighth.

It was the team's best hitter and biggest star, Freddie Freeman, who came up short at that moment. He's been emblematic of the team's faltering offense, going just 2-for-16 at the plate so far this series.

"Unfortunately it’s been a rough four weeks for me. So hopefully it’s all leading into a wonderful Game 5," Freeman said after Game 4. "That’s all I can think about right now, stay positive and get ready for Game 5 and get that big hit when they need me."

Meanwhile, if Foltynewicz falters, Max Fried - a starter during the regular season who's been thriving in a relief role in the playoffs - is reportedly first in line to take over.

After a crushing Game 1 loss at home, the Associated Press wrote: "The Braves are stuck in a nightmare that seems to repeat itself every October."

Instead, they bounced back and won the next two games.

Now they have to shake off one more loss - and the 26 other losses that have sealed their postseason exit since their last NLDS win in 2001 - to finally wake up from that October nightmare.

Cardinals score 4 in 9th, hold off Braves 7-6 in NLDS opener