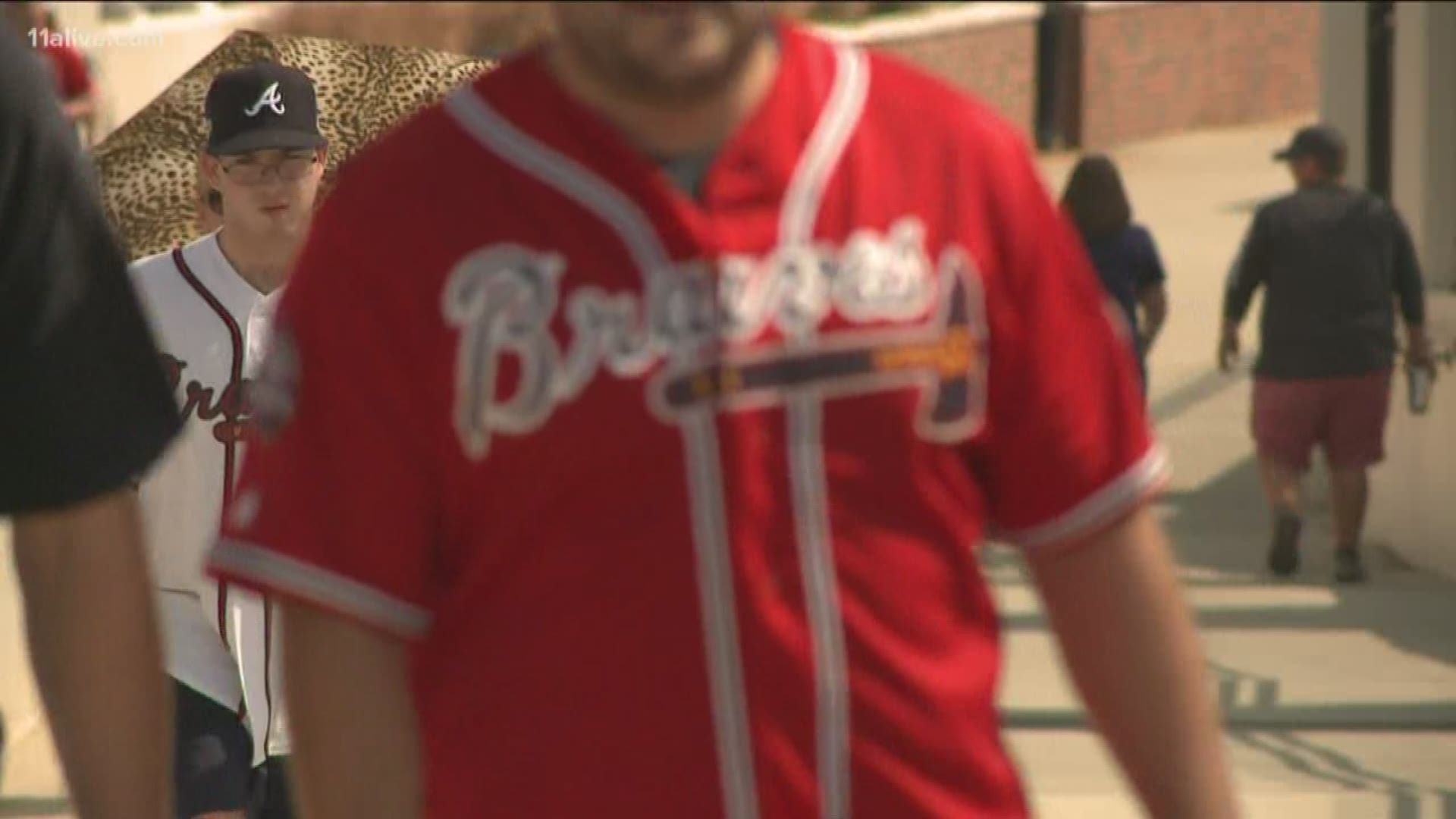 ATLANTA — There are three clear favorites to win the World Series this year, and there's no sugar-coating it: The Braves aren't one of them.

The good news, though, is that if any one team stands out among the rest, it's probably Atlanta. The better news is that in baseball, weird stuff happens in short spans, which typically makes the playoffs pretty wide-open regardless of the who's supposed to be better than who.

Here's why the Braves have as much a shot as anybody at winning it all this month:

A good place to start is having good players, and the Braves can legitimately claim they have some of the best.

RELATED: Braves in the playoffs: Everything you need to know

They have three hitters - Acuña, Freeman and Josh Donaldson - who were in the top-10 in the National League this season in home runs. Only one other NL team still in the playoffs, the Dodgers, even had one.

Dallas Keuchel, the team's starter in Game 1 of the NLDS against the St. Louis Cardinals, won a Cy Young Award in 2015. Donaldson was also the AL MVP that year.

The point here is that while the Braves are not without their weak spots, they can make up for it with genuine, high-wattage star power.

If you believe the best players make the biggest differences when the margins are thinnest in the postseason, Atlanta is pretty well-positioned.

'The playoffs are a crapshoot'

This is a saying popularized most notably by Oakland A's executive Billy Beane (whom you may have once seen played by Brad Pitt in the movie "Moneyball.")

The Houston Astros, New York Yankees and Los Angeles Dodgers are the clear-cut top-three in the Major Leagues this year. But historically that hasn't necessarily guaranteed all that much.

The list of recent World Series winners is littered with examples of teams who wouldn't have been a first, second, third or even fifth or sixth choice to win it all. The 2014 San Francisco Giants went into the postseason tied for the seventh-best record in the league, but that didn't stop them from winning the title.

The most infamous example is the 2006 Cardinals, who won the World Series despite having the 13th-best record in baseball that year.

So what are Atlanta's actual chances? They're pretty decent, all things considered.

The Braves had the fourth-best odds to win the World Series before the playoffs started, according to the Caesars Sportsbook. Vegas Insider has them at 10/1, better than any non-Yankees/Astros/Dodgers team.

ESPN plotted out possible matchups, and gave the Braves a solid shot of beating the Cardinals in the NLDS (58 percent) and roughly coin-flip odds against any team they would meet after that except the Dodgers (36 percent) or Astros (32 percent).

And Sports Illustrated, at least, believes they have what it takes for a surprise World Series run.

So are they gonna do it?

Obviously, there's no crystal ball here - it's impossible to say what's going to happen over the next few weeks.

But can you let yourself believe? Absolutely.

Can rugby become the next soccer in Atlanta?