'It’s not what happened to you in life, but how you use it.' 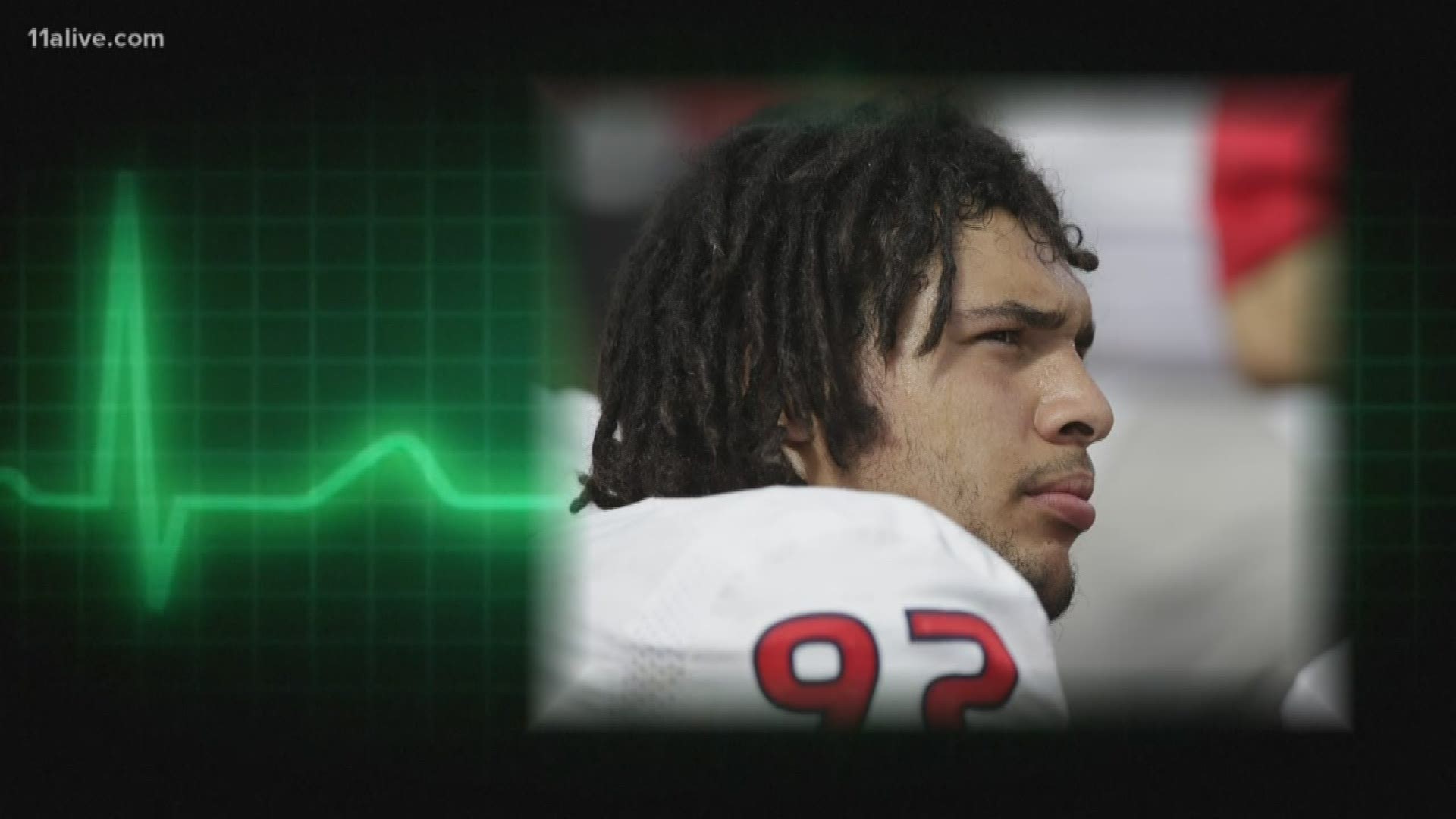 FLOWERY BRANCH, Ga. — Tyeler Davison jumped over from one side of the NFL’s best rivalry to the other.

"It’s definitely a big rivalry. And you feel it both ways," he told 11Alive Sports.

After the New Orleans Saints let the defender explore free agency, Davison chose the Atlanta Falcons, where he could make the Saints regret their decision twice a year.

"Atlanta was the best available choice," he explained.

But Davison is inspired by more than rivalries.

"My family," he affirmed. "Knowing how hard they worked."

Davison has always known the NFL was his dream, but one member of his family was unable to witness those dreams become reality. His mom.

"Passing away early in high school. It was difficult," he admitted.

Davison’s mom died of a drug overdose. Davison, who was living with his mother at the time, found her body.

"Drug abuse is a very difficult thing on families … it motivates me a lot," he said. "You just have to keep in mind that it’s not what happened to you in life, but how you use it."

Davison used his tragedy to become one of the best defenders at Fresno State and eventually get drafted to the NFL.

Davison has used that motivation to make his dreams come true.

"My younger self’s dreams and aspirations and everything I did to make them happen, it all led to this," he said.

And he feels his mom watching over him.

"I think she’d be proud of me," he said. "I don’t know what she would say. Probably tell me to keep going."