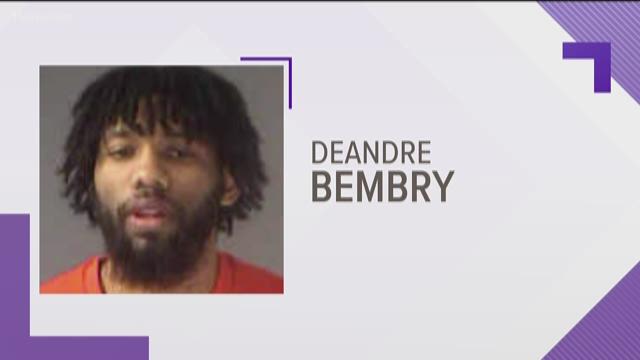 ATLANTA - Police have confirmed that they have arrested an Atlanta Hawks player for speeding on Interstate 85 near Buford Highway.

Police say DeAndre Bembry was driving a purple Dodge Charger and was caught going 128 mph in a 55 mph zone.

The vehicle was stopped without incident and Bembry was arrested for reckless driving and speeding.

Bembry is the shooting guard/small forward for the Atlanta Hawks basketball team.