This is what a proposed $1B casino, entertainment complex could look like at Atlanta Motor Speedway 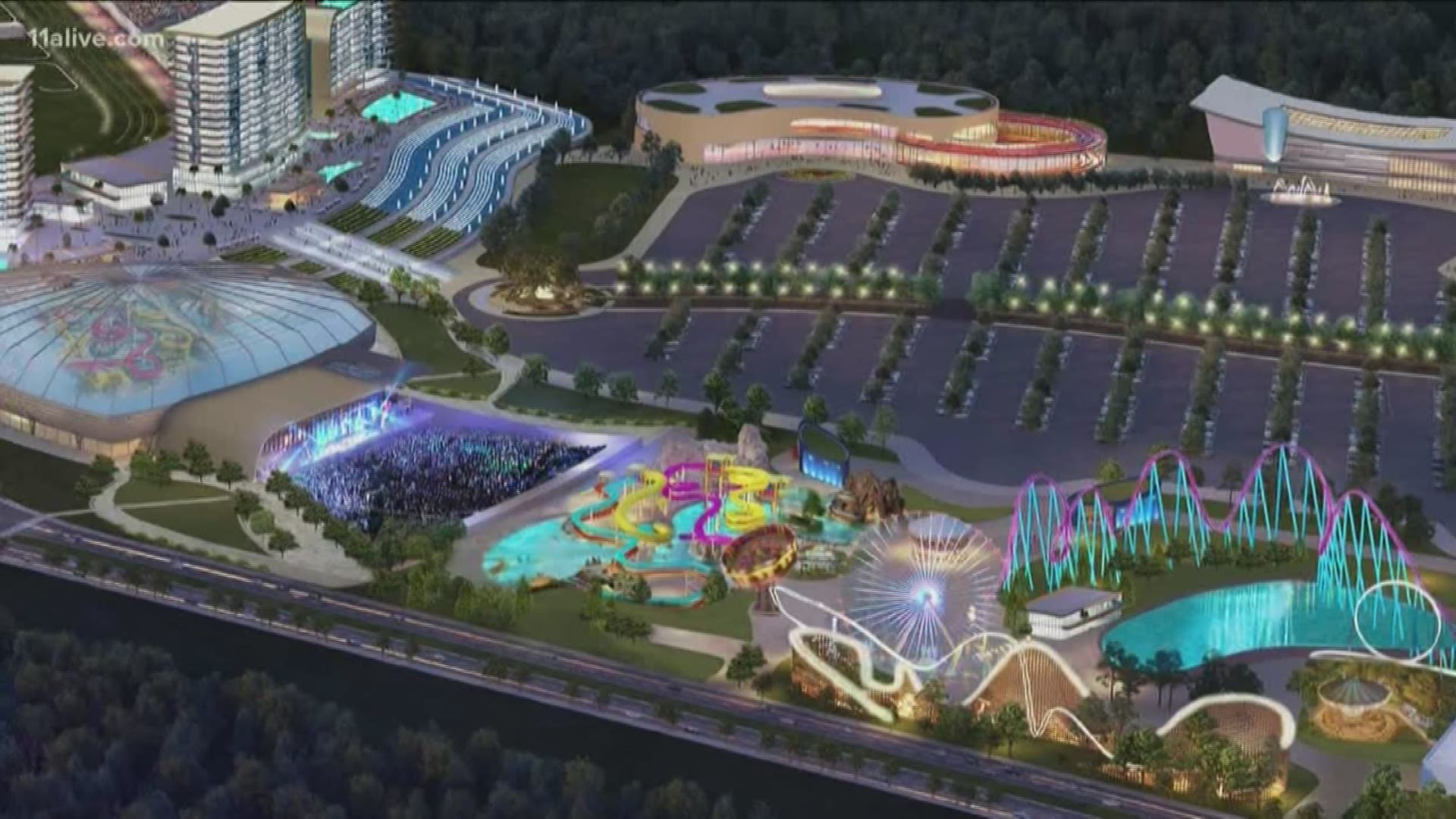 HAMPTON, Ga. — Atlanta Motor Speedway released a rendering of a $1 billion casino resort at the racetrack, a week after its president made the proposal.

President Ed Clark said it would include a hotel, condos, restaurants and maybe even a theme park and concert venue. The rendering includes an indoor and outdoor water park, and a Top Golf interactive driving range.

They think the location, only 29 miles from downtown Atlanta and 21 miles from Hartsfield-Jackson, is a prime reason. There are also roughly 8.5 million people within a couple of hours' drive of the speedway.

The Atlanta Business Chronicle reports that Clark's proposal mirrors the type of casino resort supporters of legalizing casino gambling have long envisioned and have written into various legislative proposals introduced during past General Assembly sessions.

Clark believes the project would create 3,000 construction jobs and 4,000 to 5,000 permanent jobs in the suburban region near the track.