Cassie and Chris of Smyrna started collecting whatever Atlanta United stuff they could even before the team played a game. 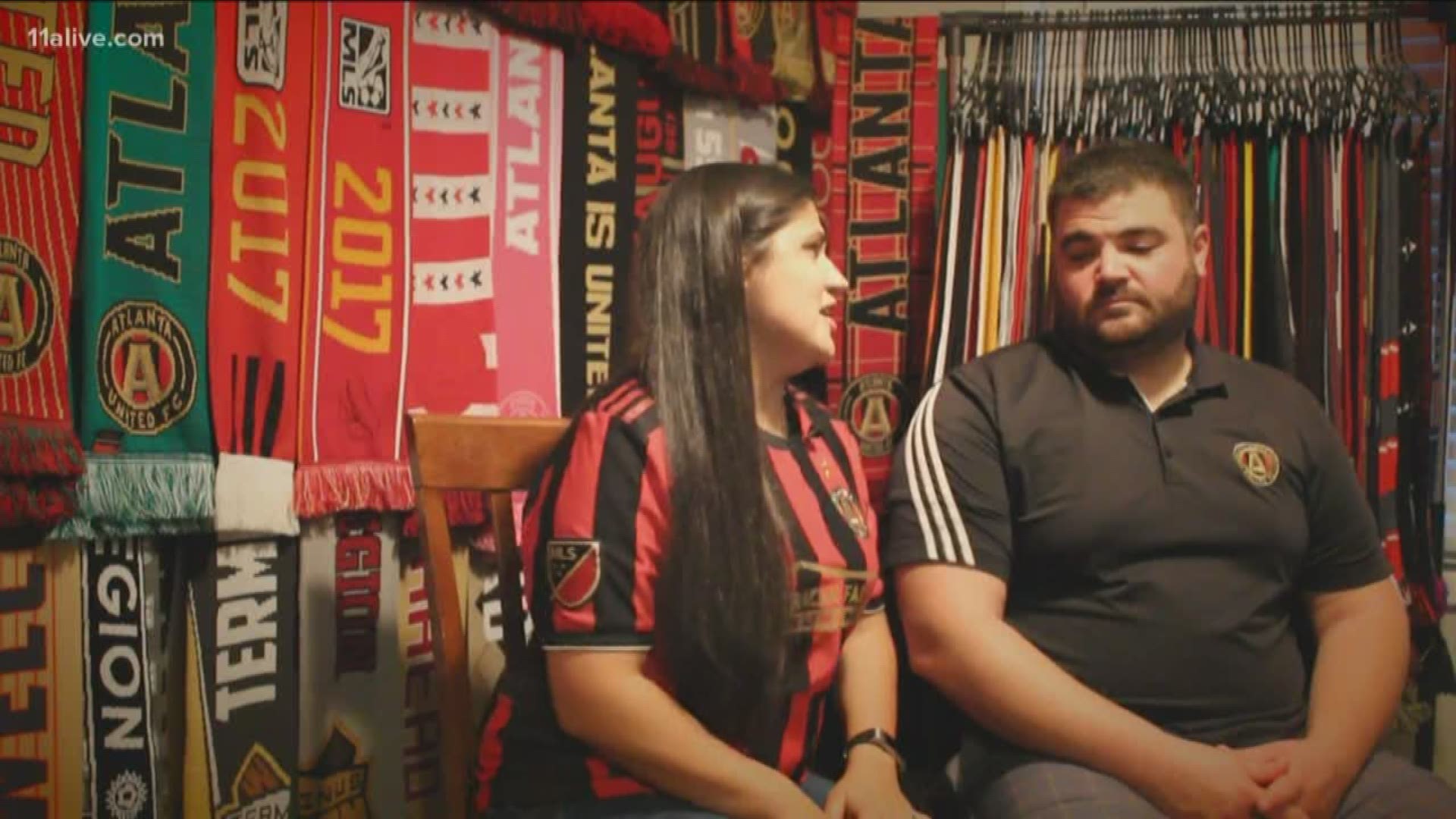 SMYRNA, Ga. — Cassie and Chris are a happy Smyrna couple whose love and passion isn't just for each other.

They started collecting Atlanta United stuff together even before the team had played its first game. Over the last few years, they've practically built a museum of trinkets, autographs and a scarf collection they estimate is 235 strong.

"If you would’ve talked to me in 2014, at that announcement party when he said, 'Hey, you know, I put my deposit down for season tickets,' that I was gonna have a whole room full of scarves - that I was pushing to get more of them - I would have looked at you like you were crazy," Cassie said.

"It's one of those things, you can go to a game and not think twice about spending 25 bucks and then you come home and put it in the pile and you realize, 'Crap, I have so many more than I thought,'" Chris said.

The scarves now have a whole room to themselves in the couple's home.

"When we were looking for houses I was looking for a large room with empty walls that we had no use for - for this," Chris explained.

But the collection goes beyond just scarves.

"We've got lots of autographed pictures. This is kind of our pride and joy, it's such a labor of love," Cassie said. "We went to all of those signings the first year."

The couple have a healthy appreciation for how strange it might seem.

"I don't think we realized how unusual this is until someone asks a question like, 'Oh, do you have a lot of scarves?' - actually let me show you... and their eyes just bulge out," Cassie said. "And I'm like, 'Oh, this is weird, maybe this is too much.'"

She said the couple's devotion to the club has been an anchoring aspect of their relationship.

"It was always something that was a part of us, even before like their first time on the field, before they even had a first player," she said. "We had normal engagement pictures, and then one of our outfit changes was our Atlanta United gear. We had our groom's cake, and our groom's cake was a soccer ball with a Atlanta United scarf."

"It's a huge part of our life, and our relationship, I don't know what we would do without it, honestly," Cassie added.

Chris knows what he'd do without it.