Everything clicks as Atlanta United advance in Champions League

Five Stripes emerge with a 3-0 win in Kennesaw. 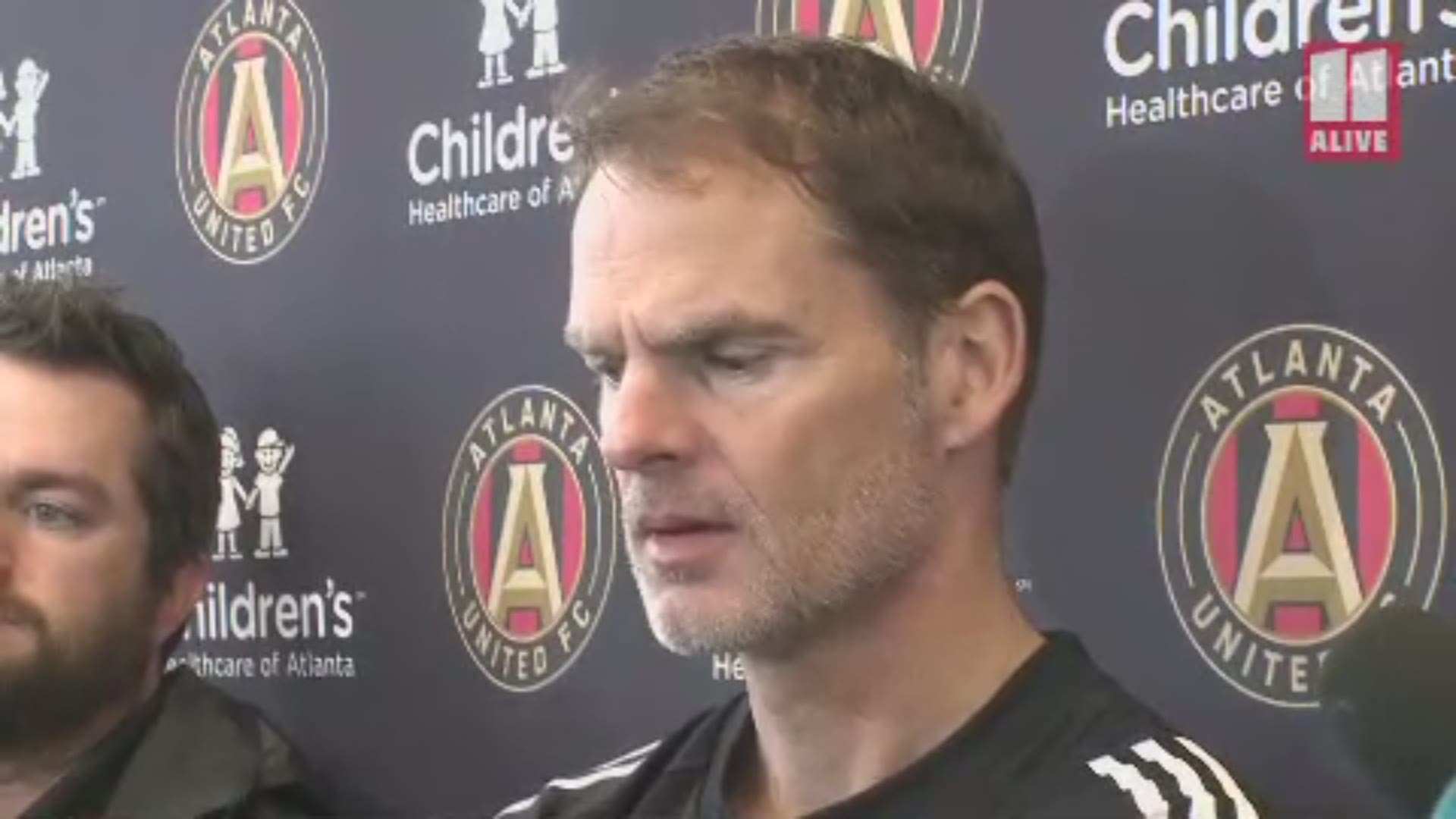 KENNESAW, Ga. — Atlanta United took care of business in their first "home" match of the season last night, overwhelming their visitors from Honduras and advancing to the Concacaf Champions League quarterfinals.

After a 1-1 tie in Honduras last week, Atlanta and FC Motagua faced off again in the second leg of their round-of-16 matchup.

United broke through late in the first half after a frustrating spell to go up 2-1 on aggregate, and added two more goals in the second half for a 3-0 win that put them through in the Champions League with a 4-1 total.

The Champions League is a regional competition of top clubs from North and Central America and the Caribbean.

The game was played at Atlanta's unofficial satellite home stadium, Fifth Third Bank in Kennesaw, where they play a number of non-MLS matches. It was a raucous scene, the first chance of the new season for fans to back the Five Stripes in person.

After spoiling a number of chances on wild shots through the first half, Pity Martinez finally sent Atlanta ahead. He passed to Josef Martinez at the top of the box, who chipped back for a nifty 1-2, dribbled in and coolly struck an accurate shot to the far post out of the reach of the Motagua keeper.

Atlanta's second goal game from the two linking up again, this time Pity playing an excellently-placed through ball ahead to Josef, who took it at the top of the box, rounded the keeper and made a difficult finish from a tight angle look easy.

That all but sealed the game, but United added one more for good measure with - who else - Josef and Pity making it happen once more. The Motagua keeper collided with Josef at the top of the box, and an on-running Pity collected it and chipped it in.

It was just about an ideal night for Atlanta's "PB&J" attacking trio - Pity, Barco and Josef. Ezequiel Barco didn't figure into the scoresheet, but often commanded play in the attacking build-up and helped dictate the flow with a number of dangerous runs into the middle.

United will now look ahead to their first MLS match of the season. They'll be trying to rain on the parade of new rival Nashville SC's first-ever match on Saturday in Tennessee.

The following Saturday,  they'll play their first game of the season at Mercedes-Benz Stadium against FC Cincinnati.