Bramblett was famed in Auburn circles and was a long-time announcer in multiple sports for the university. 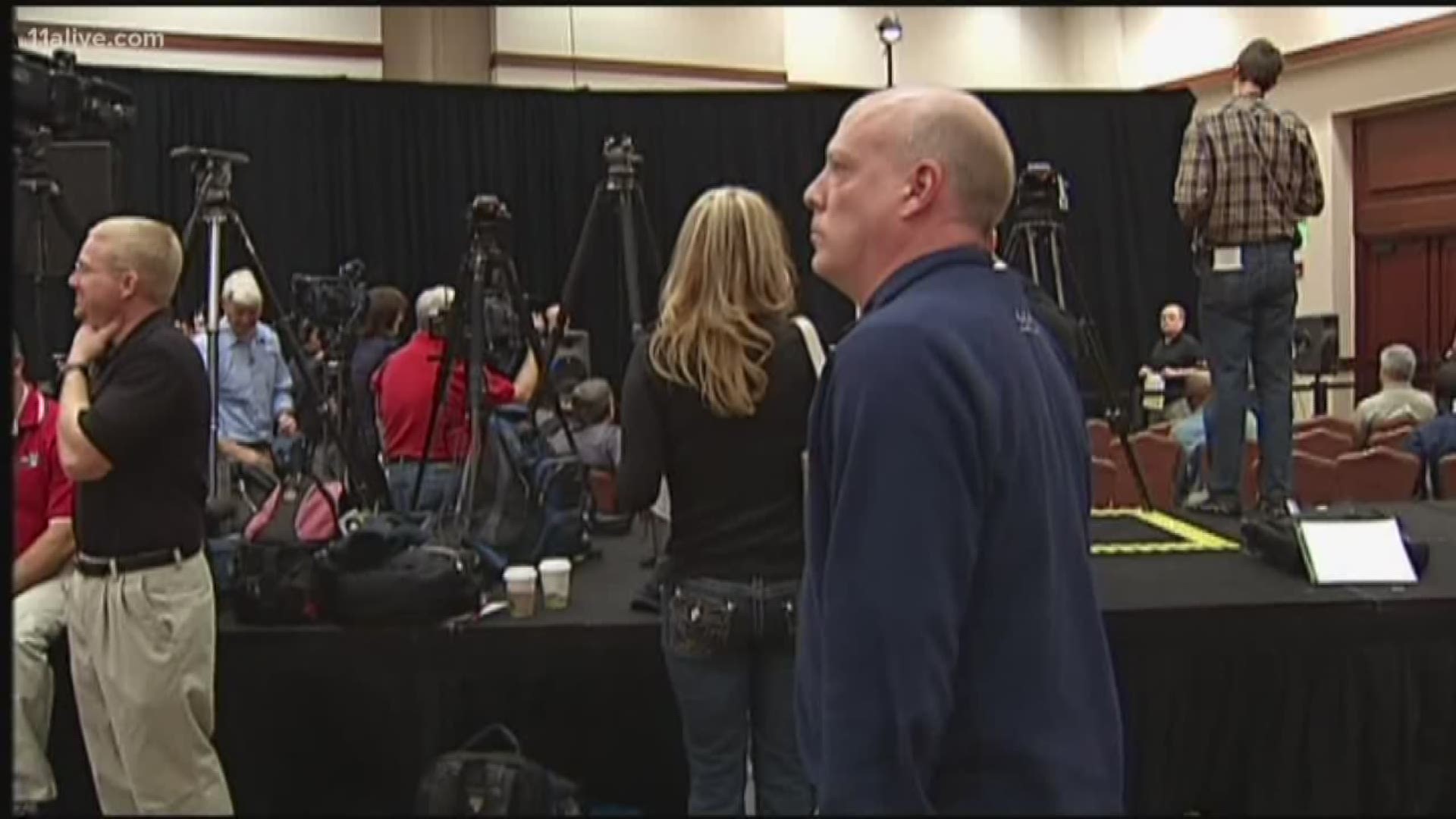 AUBURN, Ala. — Rod Bramblett, the man known as the voice of the Auburn Tigers and his wife were killed in a two-vehicle accident late Saturday, Lee County, Ala., Coroner Bill Harris confirmed.

Montgomery TV station WSFA says the crash happened at about 6 p.m. in Auburn.

According to the station, Auburn Police report a 2011 Jeep Grand Cherokee hit the back of a 2017 Toyota Highlander, which was occupied by the Brambletts.

WSFA says the 16-year-old driver of the Jeep, whose name has not been released, was transported to East Alabama Medical Center with non-life-threatening injuries.

According to AuburnSports.com, Bramblett has been the voice of football and men's basketball broadcasts since June 2003. Just this spring, he was able to bring his voice to Atlanta as the Tigers made it to basketball's Final Four. Bramblett was also already calling Auburn baseball for years before he earned the title "Voice of the Tigers."

The play was the final play of the 2013 edition of the annual Alabama-Auburn grudge match known as the Iron Bowl. Auburn and Alabama were tied at 28, with one second on the clock. Alabama was trying to kick an impossibly long field goal to win and go to the SEC Championship game in Atlanta.

It looked doubtful. It looked like the already exciting game would go to overtime. However, this play -- was different. But among football fans, this play is simply called, "Kick Six."

Memories of Bramblett have been coming in from across the sporting world offering their condolences to the Bramblett family and to the Auburn family.