The UNC Charlotte shooting survivor was invited to throw the ceremonial first pitch. 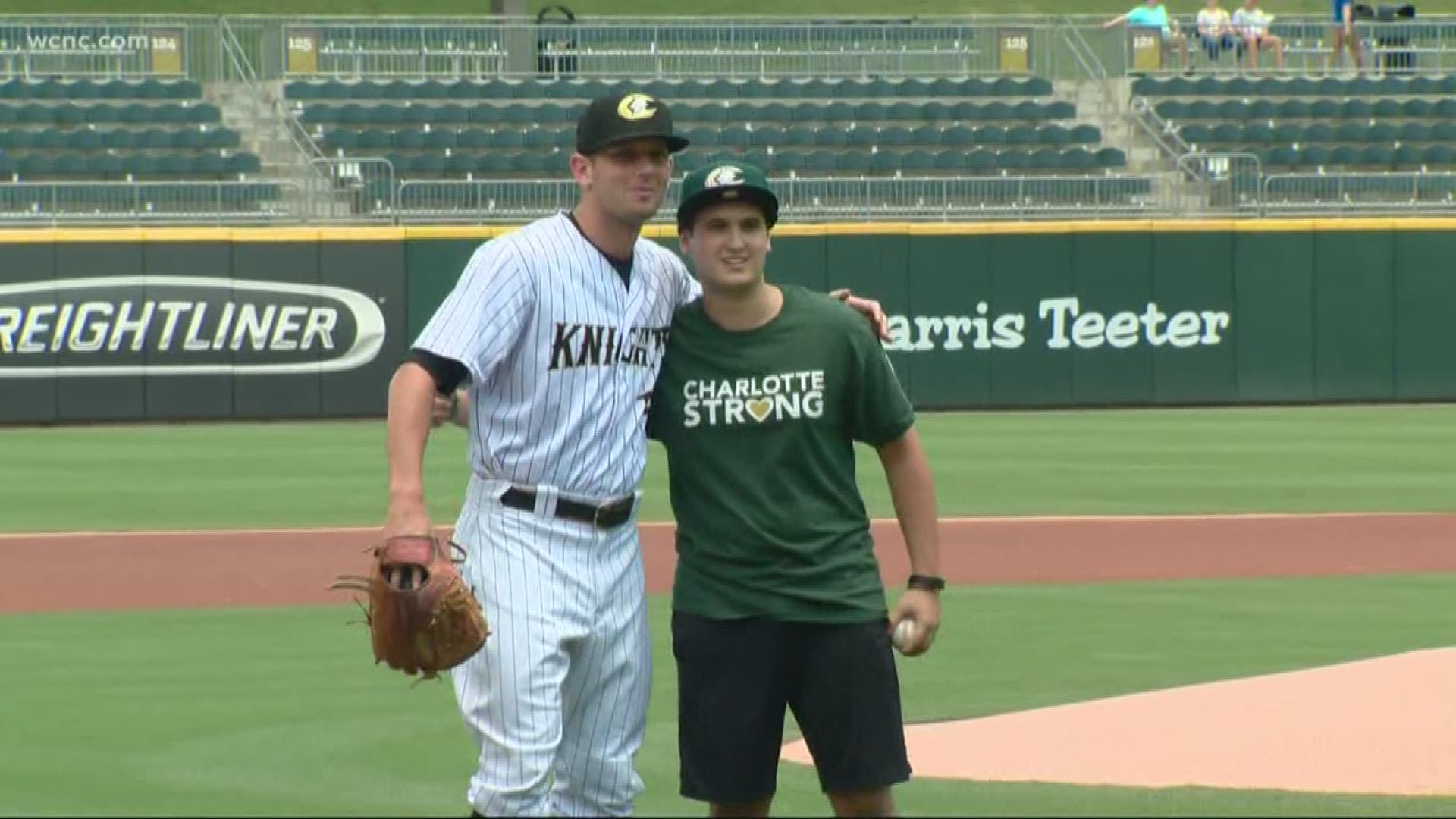 He was invited to throw the ceremonial first pitch.

Pescaro was one of four students who survived the classroom ambush back in April.

He says the support he and his fellow survivors have gotten in the community since that tragic day has meant the world to him.

"It was so unfortunate that it had to happen in our community or happen in any community," Pescaro said. "Just the way they've rallied around us, I mean the Knights, the Hornets, the Panthers ... every single organization here, even just local organizations as well [have] just really supported us."

The Knights are auctioning off a game-worn Knights-49ers hat signed by all the players at Sunday's game. All the proceeds are going towards Niner Nation Unites. That organization supports the needs of the shooting victims and their families.

"Although it's a long process to recover from they ease it a little bit," Pescaro said.