Brewer led the Maroon Tigers for 21 years. The college said he died from an illness at the age of 63. 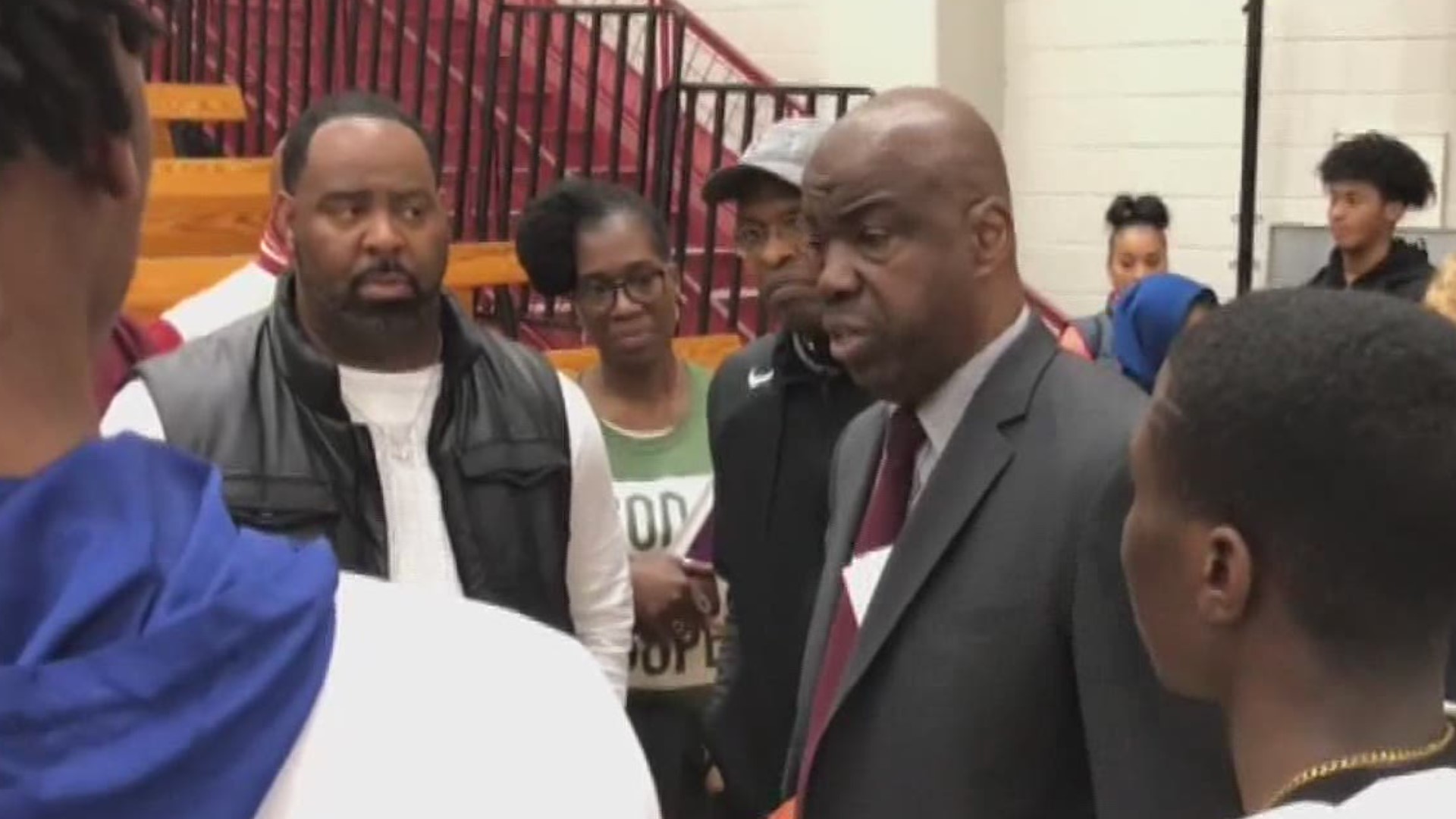 ATLANTA — An Atlanta college is mourning the loss of perhaps one of its most well-known members at the age of 63.

"The past several decades can only justly be described as the Grady Brewer era at Morehouse," said David A. Thomas, Ph.D., Morehouse College president. "The only thing that surpassed his presence on the basketball court was his transformative influence on Morehouse Men as a fellow student, player, alumnus, coach, teacher, mentor, colleague, and friend."

Brewer, himself, graduated from Morehouse College in 1980 and has been the head coach of the Maroon Tigers for the past 21 years. Morehouse Athletics reports a career record during that time of 315-241 - only behind former head coach Arthur McAfee.

The entire Morehouse College community is mourning the loss of legendary championship head basketball coach Grady L. Brewer ‘80, who passed away on Sunday following an illness at the age of 63.

"I have known Grady for many years. He was a great coach and an even better human being," said Curtis Campbell, director of athletics. "He cared deeply about the young men that played for him and made a lasting impact on their lives— both on and off the court."

The statement from the renowned college also looked back at his past before taking up the role as head coach with Morehouse.

The Atlanta native played under coach Donald Dollar at Frederick Douglass High School and was described as a standout player during his time studying at Morehouse.

"It's a big loss but if you talked to him about losing in all of this, he will also tell you everybody has to stand up and make sure they push forward," Grant said. "He was a father to 20+ years of kids under his watch as a coach. He was a great molder of men. For me and other men in the African American community, he will definitely be sorely missed. We need more men like Grady Brewer. More people like Grady Brewer."

After graduating, he served as an assistant coach at Booker T. Washington High School and helped lead them to the 1987 4-AAAA state championship.

He then served 13 years as an assistant coach at Morehouse.

His close college friend, Charles David Moody Jr., says that one of his biggest highlights, however, was coaching one of his own... his son, Xavier.

"He had a lot of bright spots but, for me, it was probably coming back to Morehouse after being a student, get to be the head coach, and then coach his son in Morehouse that had to be pretty awesome," he said.

Moody Jr. remembers talking to his dear friend just one month ago.

"He was going through the challenges [from the illness]," he said. "He was just so strong he was fighting, fighting and he wouldn't give up. I remember talking to him and thinking how strong he was trying to fight and push."

Sports reporter for HBCU Gameday, Tolly Carr, followed Coach Brewer's games for five years. He says his loss leaves a void for Morehouse College and big shoes to fill for the Maroon Tigers.

"Morehouse means a lot not only to the city of Atlanta but also the HBCU brand across the country," Carr said. "If the next person that comes in does half the job that Grady Brewer did, they will have done an excellent job."

He added that it is important for players to have someone they look up to in a coach; a mentor, a friend... or a father figure.

"The demographics of the players that you have, some of these kids are going to come from single-parent homes or broken homes," he said. "A lot of them are going to be missing a father figure and that's unfortunate but the statistics bear that when you look across the board. He filled that role for a lot of the kids that came into his program."

The college said that Brewer is survived by his wife Loletta and three sons - one a Morehouse graduate and another a student who is currently on the basketball team.

"It was great to see his commitment," added Moody Jr. "He was truly committed. He didn't do it for the money. He did it for the love of Morehouse and those young men he was coaching."