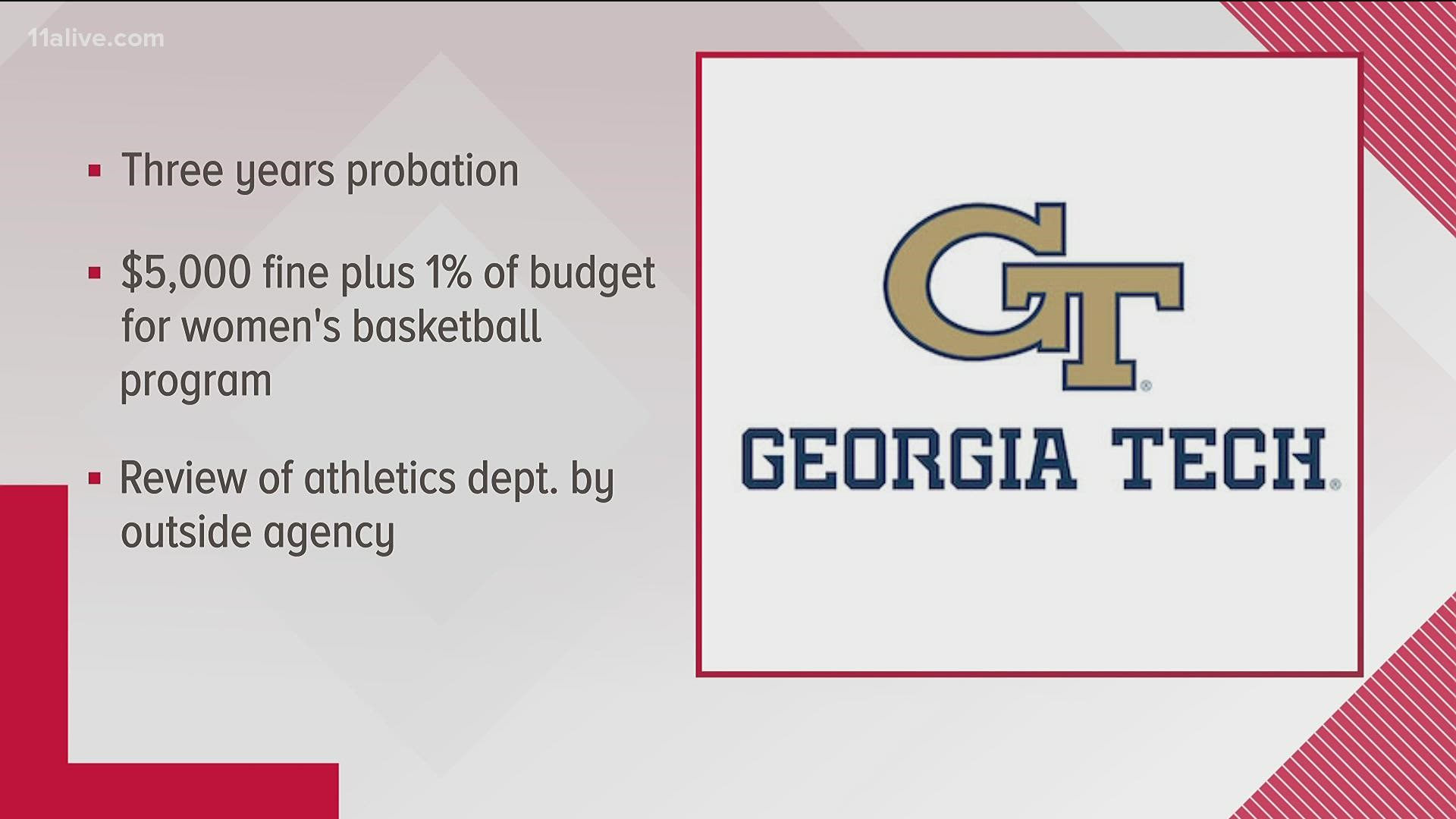 The infractions committee cited violations committed under former coach MaChelle Joseph that included players being forced to practice longer than the rules allow and on scheduled off days.

The NCAA finding means both the men’s and women’s programs at Georgia Tech have landed on probation for rules violations.

That troubling situation prompted the governing body to also order a comprehensive compliance review of Georgia Tech’s athletics department by an outside agency.

The probationary period for the women’s team does not include an NCAA Tournament ban.