Kobe tribute inside the Staples Center ahead of tonight's Lakers game

KGW's Orlando Sanchez is reporting from the Staples Center in Los Angeles, where the Portland Trail Blazers will play the Lakers on Friday night. 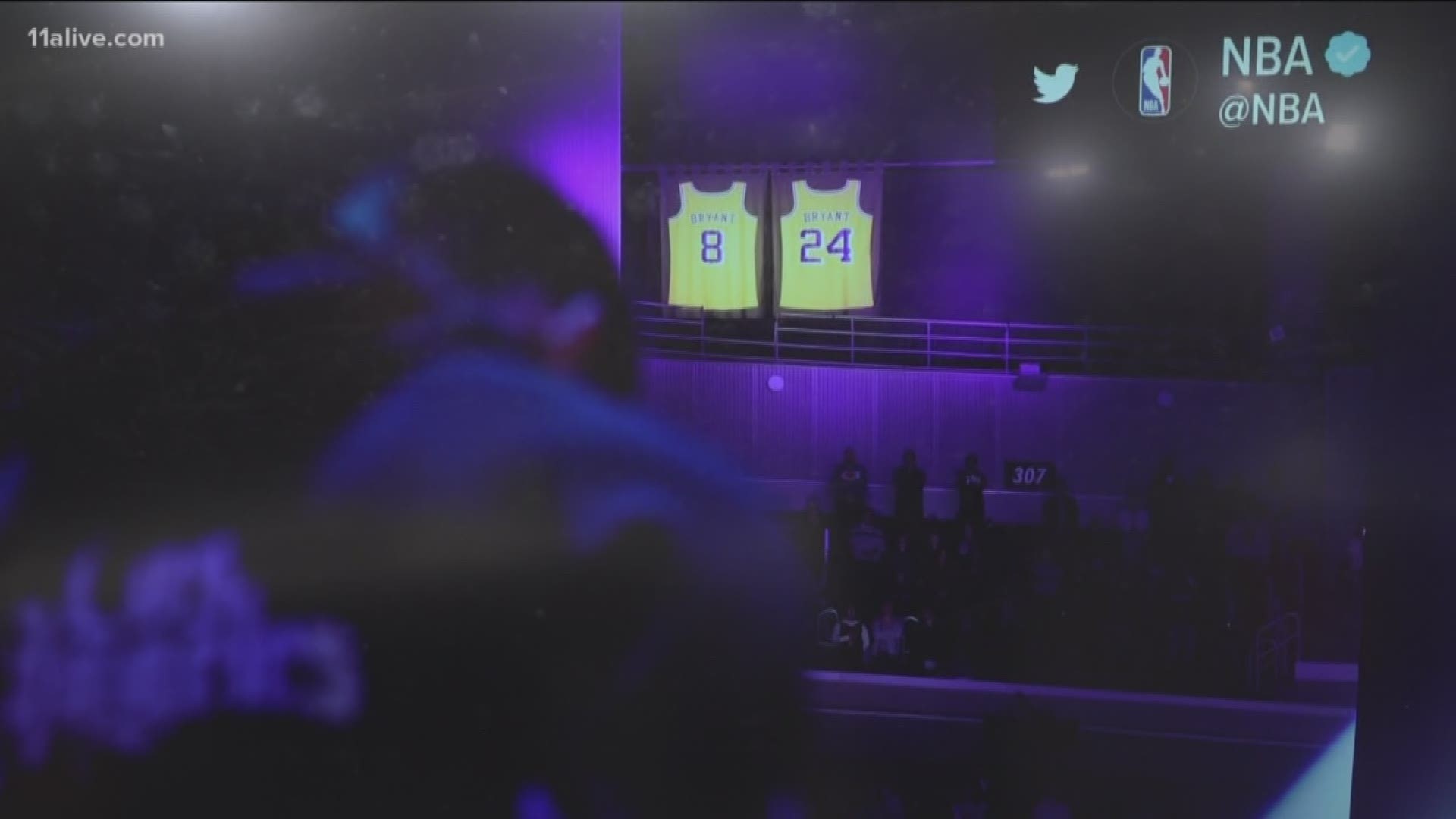 LOS ANGELES — The Portland Trail Blazers were in Los Angeles to play the Lakers on Friday night.

The game was the first Lakers home game since the death of Kobe Bryant, his daughter and seven other people in a helicopter crash on Sunday.

KGW's Orlando Sanchez is reported from the Staples Center in Los Angeles. Follow his updates from the emotional day below.

As many teams have done since Kobe's death, the Lakers took a 24-second shot clock violation and the Blazers followed with an 8-second backcourt violation to honor Kobe, who wore the numbers 24 and 8 during his career.

Leading up to the game

Two seats were reserved courtside for Kobe and his daughter Gianna.

The Staples Center, as expected, was packed and filled with Kobe jerseys.

Fans had gathered outside the arena hours before the game. Orlando talked about how fans honored their favorite player and how Blazers players were dealing with playing in a game that extends well beyond basketball.

Tributes around the city

Tributes were everywhere, both inside and outside the arena.

The Blazers discussed Carmelo Anthony not playing in the game for personal reasons and the emotions of Friday's game.

RELATED: How to support the families of those who died in the helicopter crash that killed Kobe Bryant