Aspen Shelton, 17, is dedicated to showing other athletes that what some may see as a limitation is really an opportunity. 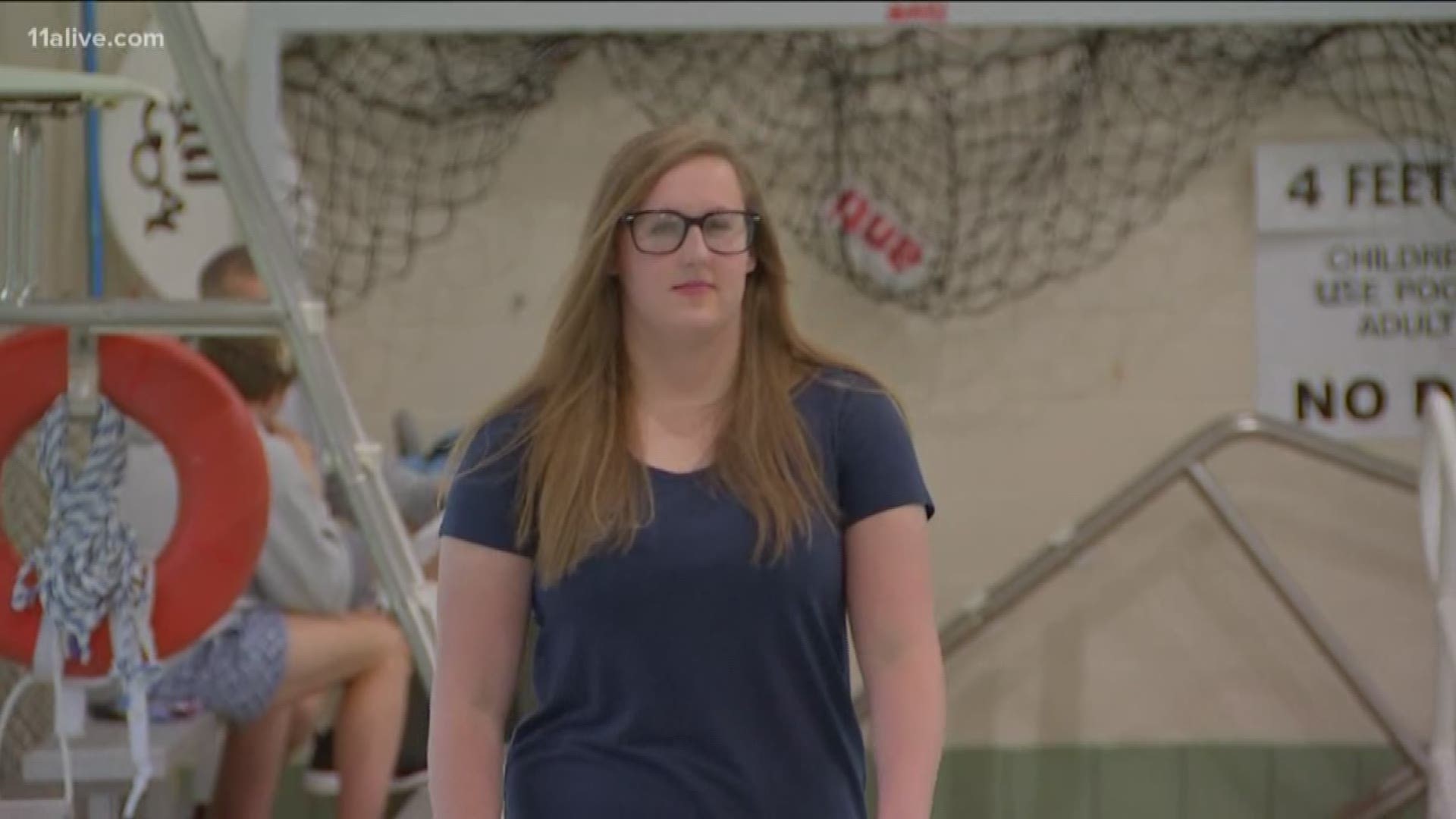 Georgia is known for its competitive swimmers. In fact, athletes with ties to Georgia earned 10 medals at the Rio Games in 2016 and almost all those medals came from swimming events.

Olympic and Paralympic athletes in Georgia and across the country are already hard at work training for the 2020 Games in Tokyo, Japan.

One teenager in Aledo, Texas is making a name for herself in the sport and showing other athletes that what some may see as a limitation is really an opportunity.

"It's very difficult sometimes. But I am fortunate enough to have the vision I have and I'm going to work with what I have," Aspen said.

Aspen started swimming when she was 18 months old. It was part of her physical therapy at the time and now she says she cannot remember a time she didn’t feel a draw to the water.

The teen relies on a cane on the pool deck, but as soon as she jumps into the water, she feels limitless.

1 / 16
WXIA
Aspen Shelton, 17, is legally blind. She is determined to qualify for the Paralympic games in 2020, and wants to show others that, what can often be seen as a limitation, is actually an opportunity.

Aspen was born prematurely with a vision disorder called retinopathy of prematurity, which affects about 3.9 million babies born in the United States every year, according to the National Eye Institute. The disorder can cause retinal detachment, leading to severe visual impairment and blindness.

"You know how you stir coffee and the little straw you get?” Aspen said. “That's what my field of vision is. It's like putting saran wrap or plastic wrap on top."

Aspen also has scoliosis, a curvature of the spine. Still, she kept swimming. When Aspen got the ninth grade, her passion grew into an Olympic dream.

"We found out about the Paralympics and I wanted to get involved," she said.

Now, Aspen is focused on making the 2020 Paralympic team and traveling to Tokyo to compete. She also hopes her journey will inspire others to see the challenges in their lives and opportunities to overcome.

"Just because we are disabled doesn't mean we don't work as hard, doesn't mean we are just handed stuff," Aspen said. "We work just as hard, if not harder, than all of our able-bodied counterparts."