Georgia State fans, take heart. Since 1985, 21 14-seeds have knocked off a 3-seed in the NCAA tourney's opening round. 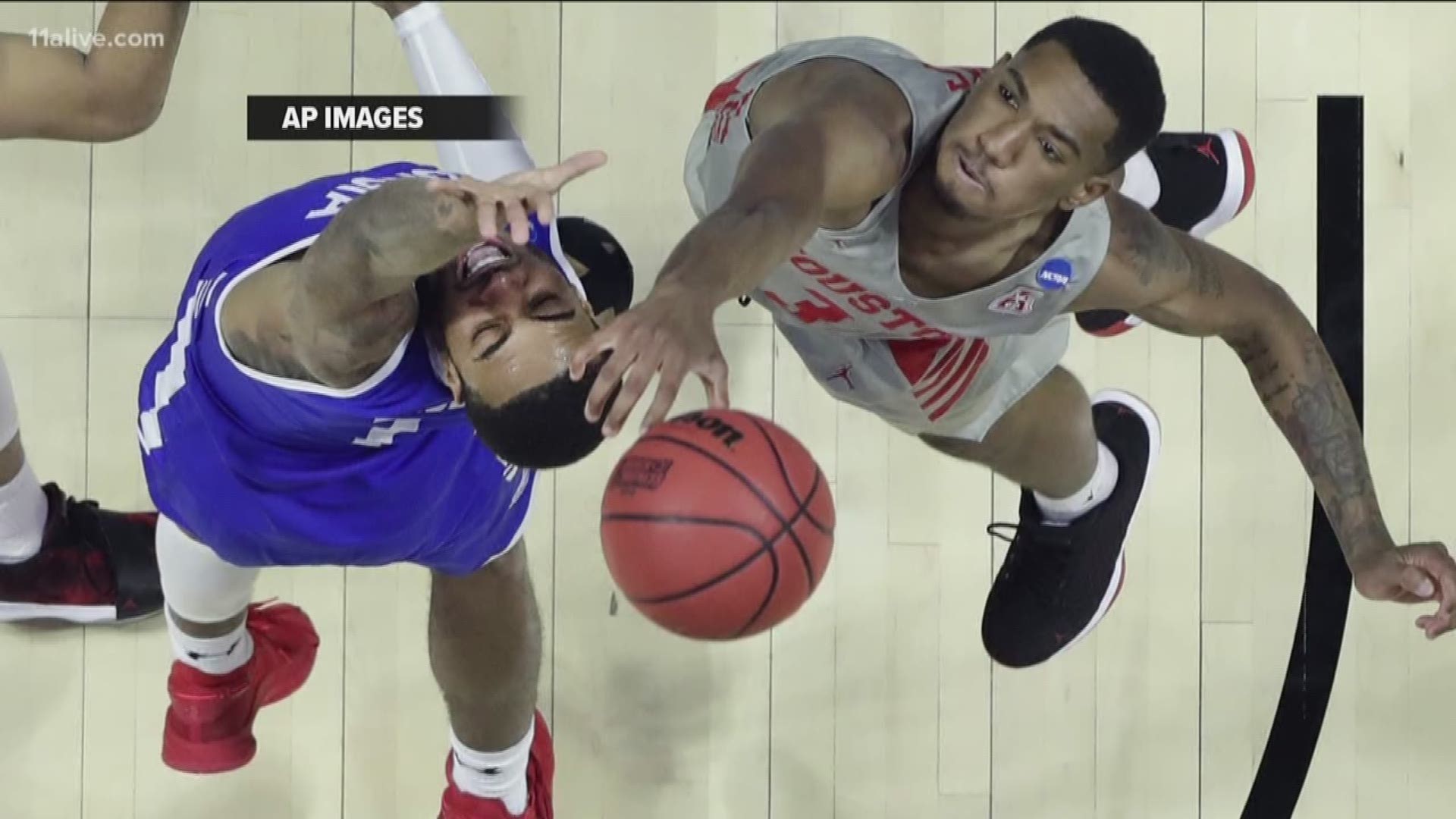 With a 7:20 p.m. EST tip time (game airing on TBS network), the Panthers will have the benefit of a great prime-time showcase, in hopes of knocking off a viable title contender.

Last year, Georgia State lost a nip-and-tuck battle to 2-seeded Cincinnati; but one could make the case that Houston (as a 3-seed) had/has better odds of reaching the Final Four and possibly winning the national title.

But none of that matters on this evening since GSU has one major factor in its favor: No outside pressure to win.

After observing two days of basketball (Thursday/Friday), the lower-seeded teams – especially in the 14, 15 and 16 range – have played free and easy during the first-round action; and with each passing media timeout, the pressure not to lose becomes even greater for the higher seeds that are expected to win ... big.

8:01 p.m.
All things considered, Panthers fans should be heartened by a mere six-point deficit at the 4-minute media timeout.

Georgia State has been out-rebounded by a 20-11 margin ... and it's shooting 22.2 percent from beyond the arc.

The final point spread of 12 1/2 points appears to be doable.

7:47 p.m.
Houston's red-hot from the field right now, shooting a blistering 60 percent from inside the arc. And yet, Georgia State respectably trails by only eight (25-17).

7:42 p.m.
Predictably, the bars and restaurants of Atlanta are packed with people watching tourney games. At The Battery, though, there's a noticeable swath of fans donning Georgia State's prominent royal blue.

Bottom line: If the Panthers have any chance at pulling off this momentous upset, they'll need to shoot in the high 40s (if not higher) beyond the arc.

7:26 p.m.
A rough start for Georgia State, the only in-state team in this year's NCAA tourney.

6:14 p.m.
Kansas State became the first top-4 seed to fall in this tournament, losing to 13-seed UC-Irvine Friday in the South regional.

We're reticent to scream the word upset here, since K-State didn't have the services of the injured Dean Wade, who's arguably the Wildcats' most complete player.

That aside, the Anteaters still deserve full props for the convincing victory over a Big 12 power.

Of equal importance, they'll have a decent shot of advancing to the Sweet 16 on Sunday, taking on either Wisconsin or Oregon in Round 2.

5:11 p.m.
According to VegasInsider.com, Houston currently stands as a 12.5-point favorite against Georgia State ... which seems rather low for a 3-vs-14 matchup.

The bettors must have felt that GSU got a raw deal, in terms of overall seeding for the tournament.

The greatest take-down might involve the 2015 Georgia State team, which stunned Baylor on a last-second shot to win the game.

What made the upset so memorable? Two things:

b) Coach Hunter (also R.J.'s dad) literally falling out of his chair on the court, while nursing an Achilles injury, as a means of celebrating the most storied jumper in Georgia State history.

5:02 p.m.
Did you catch the 11Alive Sports report on the Panthers Thursday night?

It was refreshing to see head coach Ron Hunter be extremely candid about his expectations against Houston, saying he would be incredibly disappointed if Georgia State didn't come away victorious on Friday night.

Now, was this a thinly veiled attempt by Hunter to motivate his team through the media? Perhaps.

But it was also a great psychological ploy on the coach's part, knowing his team has absolutely nothing to lose against a vaunted opponent.