'To say you're shocked that you didn't know it was in the system, I find that unusual,' said Dean Reeves. 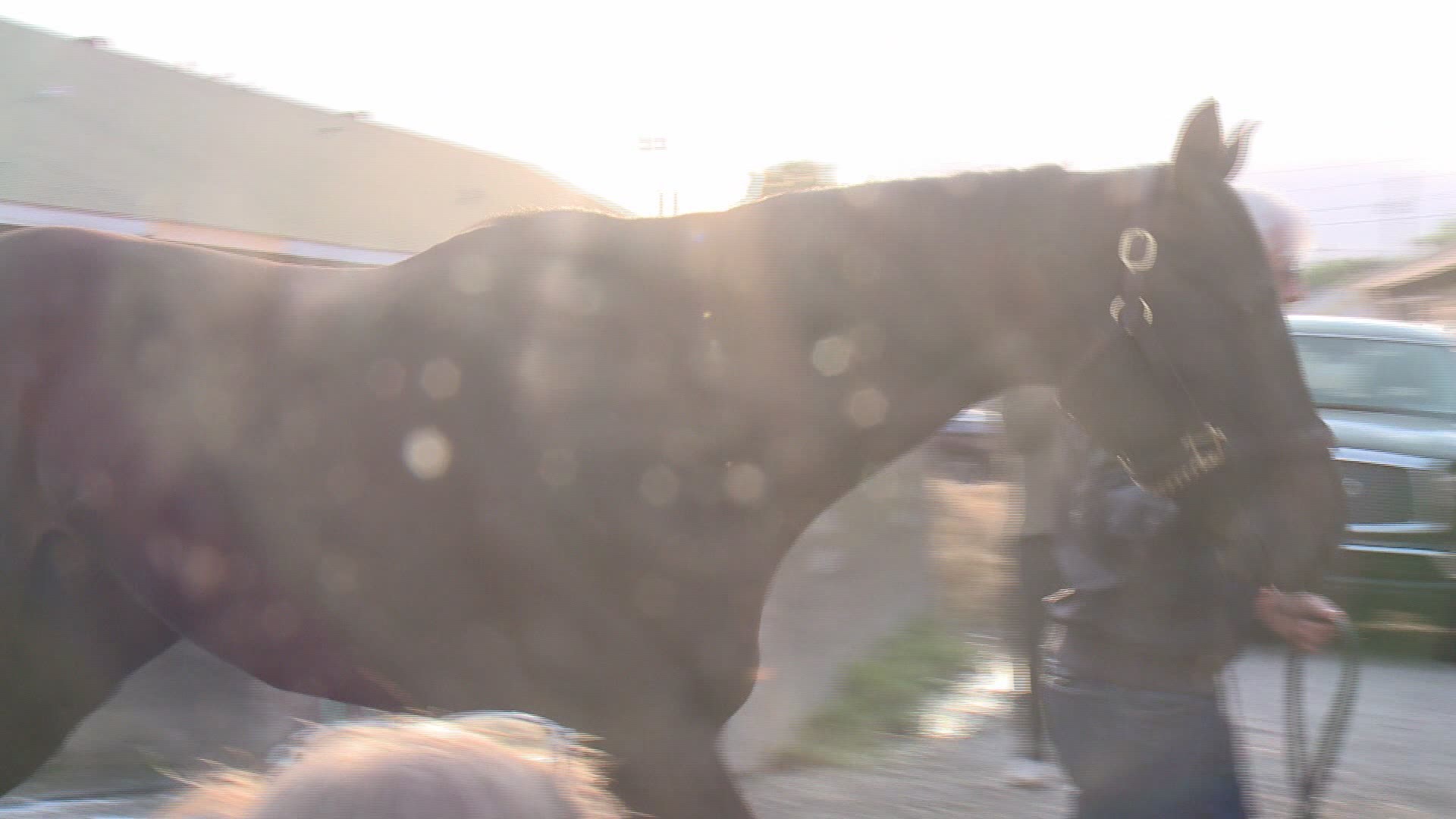 LOUISVILLE, Ky. — Another controversy has hit horse racing. Medina Spirit, the horse that won the Kentucky Derby earlier this month, has tested positive for a steroid.

After Medina Spirit galloped to what appeared to be Baffert's seventh Kentucky Derby victory as a trainer, he revealed on Sunday a post-race drug test found 21 picograms of Betamethasone in the Thoroughbred.

According to the Kentucky Horse Racing Commission regulations, there should be no trace of the steroid in the test.

However, Baffert claimed no one on his staff knowingly gave Medina Spirit betamethasone, a corticosteroid that is used as a therapeutic for pain and joint relief.  And now, rumors are flying regarding possible contaminated hay, trainers wearing cream, and all sorts of possible ways the drug made it into the Derby champion.

"It's not something you'd use right before races," said Dean Reeves, owner of the Georgia-based Reeves Thoroughbred Racing. "In most cases, a substance like this can be used if a horse is given some time off."

Reeves has taken a few horses of his own to the Derby, including 'Mucho Macho Man' who finished third in the 2011 Kentucky Derby. With that, he knows the careful watch and testing the horses are subject to and doesn't buy into the theories that are flying around.

"To say you're shocked that you didn't know it was in the system, I find that unusual," he said.

Medina Spirit is the fifth horse of Baffert's in the last 12 months to have a positive drug test. Reeves mentioned the same drug was found in one of Baffert's horses last year.

"That's not happenstance, there's five," Reeves said. "Bob has been great for the sport in many areas, but Bob's got to get this addressed and cleaned up if he's going to remain in racing."

Following the news, Churchill Downs suspended Baffert following Medina Spirit's positive test. A split sample taken from May 1 will be used to confirm the positive test and strip Medina Spirit of the win if necessary.

At this point, it may take weeks and months for the final results to be revealed. Reeves said that's because America's litigious society and lawyers are involved in every step of the process.

Reeves wouldn't go so far as to say Baffert is a problem in the sport. He said Baffert was one of the most famous names in horse racing thanks to all of his success, including training the first horse to win the Triple Crown in 37 years with American Pharoah.

Reeves also called for more accountability from owners to not circumvent penalties imposed on trainers and called on tracks to enforce their penalties and fines.

Ultimately, it's not all doom and gloom for the sport, according to Reeves. He compared it to eras within other sports that have grappled with performance-enhancing drugs, such as the NFL and MLB. And he said that horse racing will work through it just as they did.

"I don't want the public to look at it and think that horse racing is going in the wrong direction. If we weren't doing our job, this would have never come up," he said.

"The fact that we are doing this testing and the fact that we are catching people, not only the Bob Baffert in this particular race, but there are others along the year as we go into this and get better at it, that we're doing further testing," Reeves continued. "That in itself is cutting back into horse injuries and fatalities, the numbers are going down. So, I think people need to understand that we as a sport are better than we were a year ago, five years ago, in our testing and what we are doing in regards to the horse and their health because of the things that we have done in the industry to improve."