Whitlow, who lived in Forsyth County, was a center for the Falcons in the inaugural 1966 season. 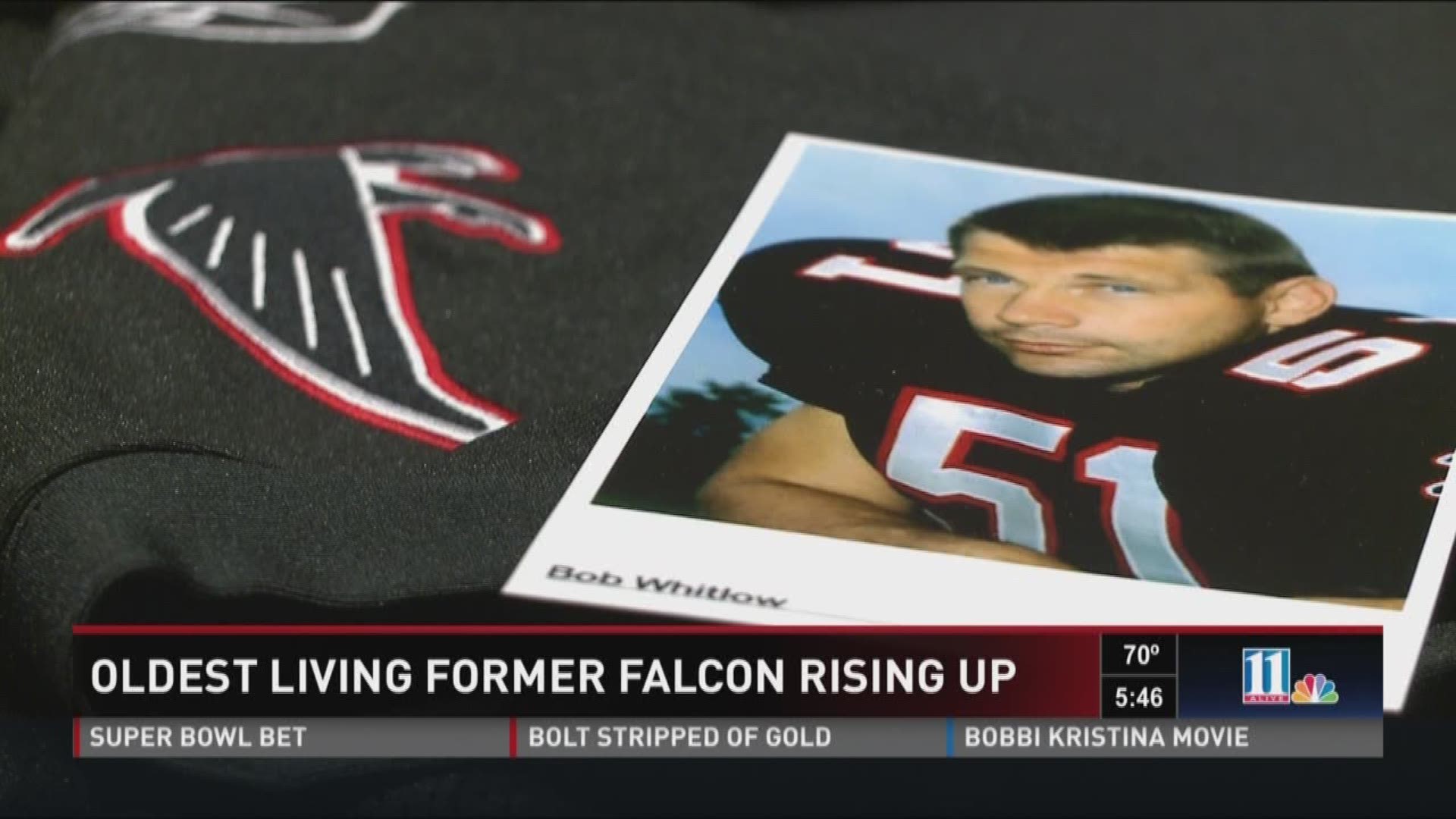 His daughter-in-law Kelly wrote, “our home already feels different and quiet without him.”

He led a fascinating athletic life, involving himself in an incredible array of sports.

From Indiana, he played football at Arizona, then joined the Marines.

After serving with the military, Whitlow qualified for the Summer Olympics in shot put, but decided to play football instead.

He signed with the Bears in 1960 as an offensive lineman, but was then traded to Washington. Midway through the 1961 season, he was traded to the Lions, where he made literary history.

In 1963, Whitlow was the center for George Plimpton when the celebrated author was practicing and playing with the Lions for the Sports Illustrated article that became the book "Paper Lion."

A few years later, he arrived in Atlanta to play for the expansion Falcons of coach Norb Hecker in their inaugural 1966 season.

He played his final NFL season in Cleveland in 1968.

Whitlow is the only NFL player to also compete in USAC and NASCAR stockcar events, and he had success. He coached basketball at Madonna College in the late 1980s and was a track and field coach at Northview High School in Johns Creek.

His family wound up settling in the Atlanta metro area. Before the Falcons played in the Super Bowl in 2017, he described what it was like back in his day.

"We scrimmaged about 18 or 20 days in a row which is unheard of now," Whitlow said then. "In fact, you can only work out once a day now. Back then, you worked out twice a day."

His son Scott spoke of the great visibility his father had gotten ahead of that Super Bowl.

"A lot of the old football players are forgotten," Scott said. "So it's phenomenal to see the love and support we've got from people we've never met before."