Why the Braves have a giant '44' in their outfield

It's to honor the team's greatest legend, who died earlier this year. 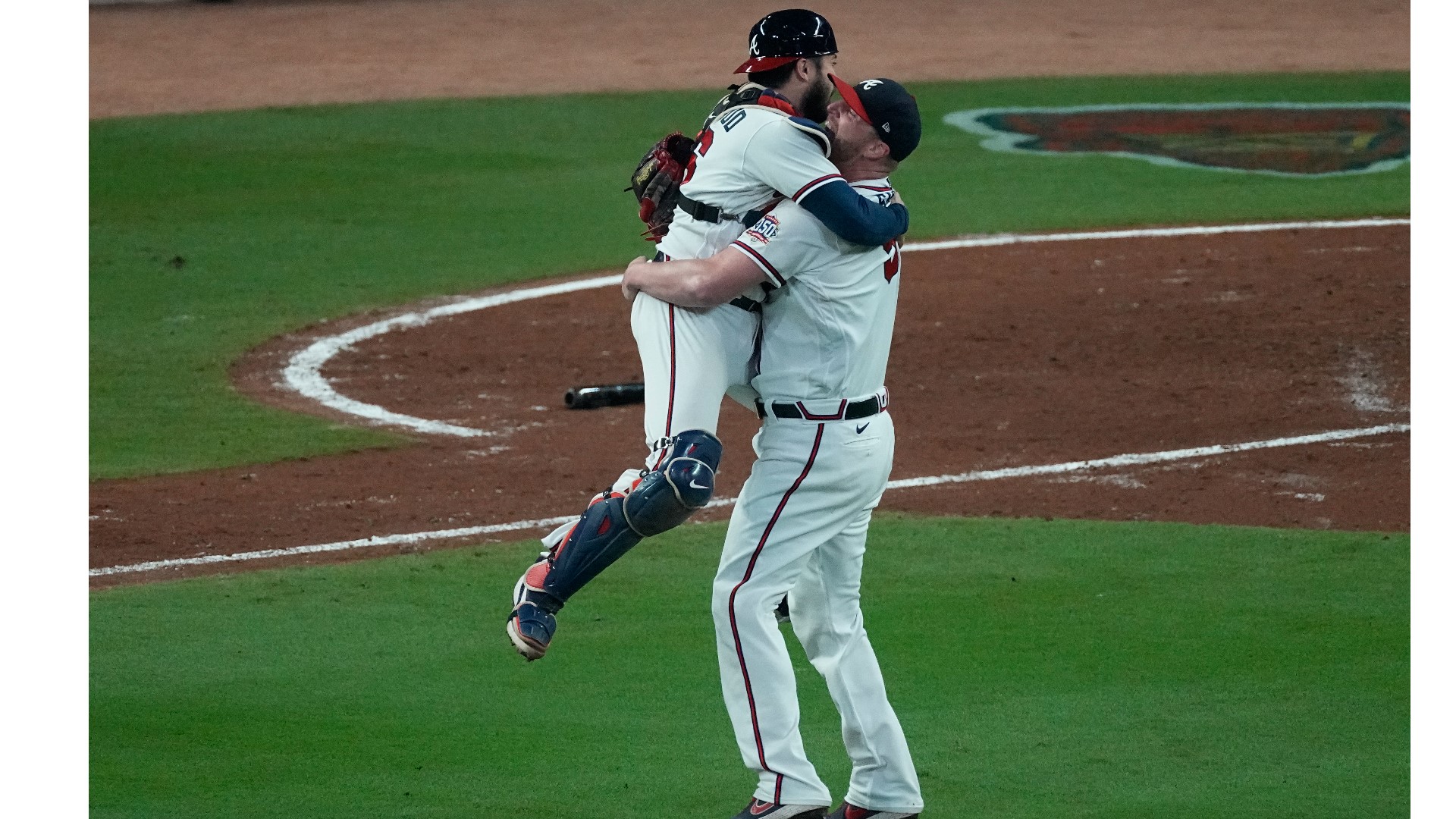 ATLANTA — With the Atlanta Braves headed to the World Series, a lot more eyeballs are going to be on the team - and on Truist Park. And not all those folks are necessarily caught up to speed with the club.

One example? As the Braves clinched their spot in the Fall Classic on Saturday night by beating the Los Angeles Dodgers 4-2 (and 4-2 in the best-of-7 series), the giant "44" they have in center field became a trending search topic on Google.

If you're not familiar with the team or baseball in general, it might seem like a confusing addition to the field: The reason it's there, though, is to honor the team's greatest legend - one of the greatest legends ever to play the sport for any team.

Hank Aaron passed away earlier this year at the age of 86.

Aaron was long the "Home Run King" of baseball, but more than that he was a once-in-a-lifetime sports and cultural figure whose on-field exploits were made all the more remarkable by the racism and hate they were met with off the field, and a man who became a titan of the community in a resolve to give back to the world better than it often gave him.

His number during his playing days was 44, and that's why it's now a fixture in center field during the Braves' postseason run.