The team made the announcement Friday. 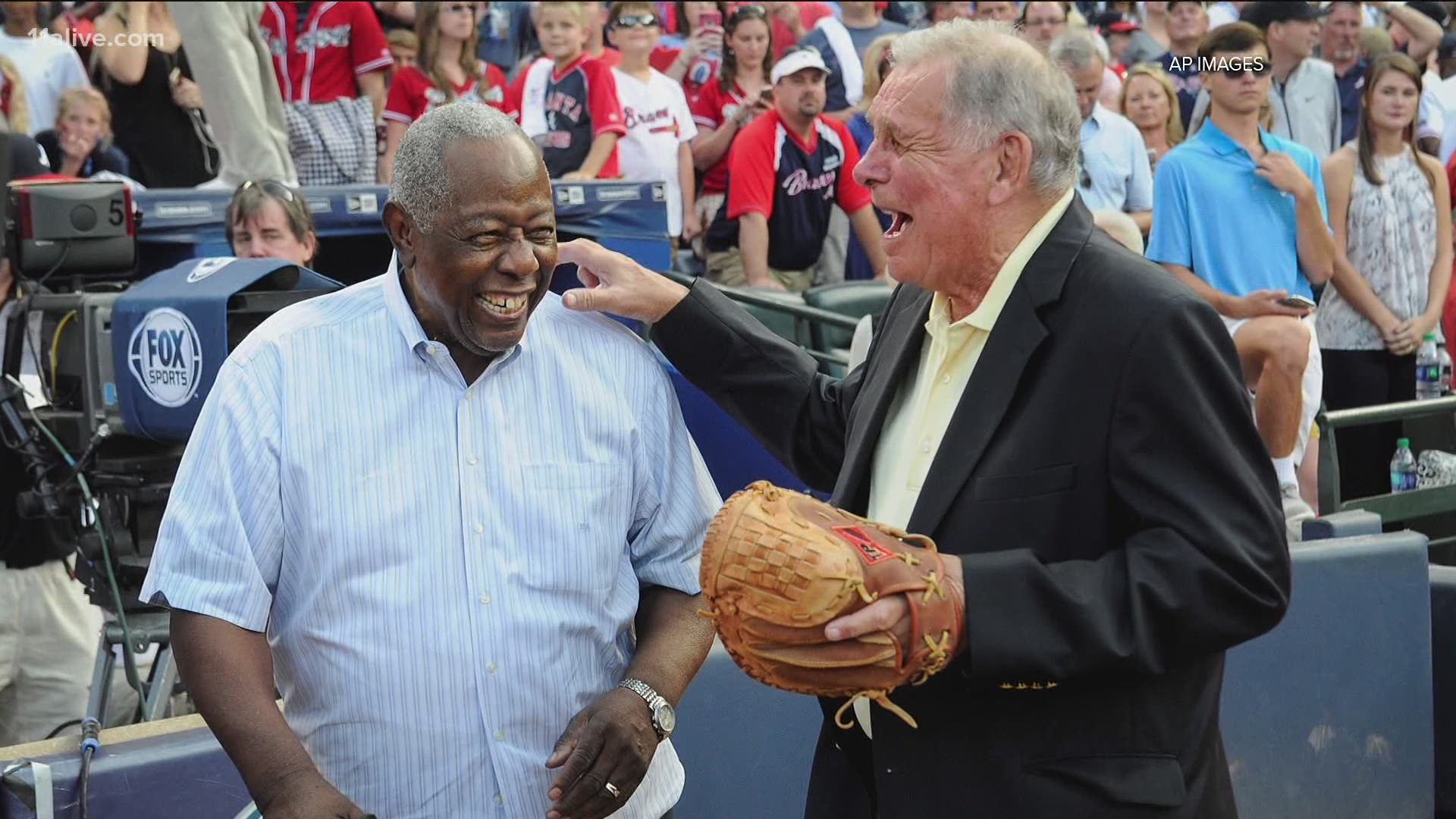 ATLANTA — The Atlanta Braves announced on Friday that they would establish a year-long fellowship in honor of Hank Aaron to advance diversity within the team's executive ranks.

The team said it was establishing the Henry Aaron Fellowship beginning this season, and that it would "provide the opportunity for diverse professionals to work in a business operations role in the Atlanta Braves’ front office."

The Henry Aaron fellow, according to a release, will work directly with Derek Schiller, the team's president and CEO, "to gain experience in all aspects of leading and operating the various lines of business within the organization."

The fellow will also learn the ins and outs of the team's day-to-day operations, work with the Atlanta Braves Foundation, and help in the planning for the 2021 All-Star Game, which is set to be held in Atlanta this year.

“Hank’s life-long passion was to increase diversity across every aspect of baseball,” Schiller said in a statement. “This fellowship is special because it allows us to build upon his legacy by creating a stronger organization today while continuing to develop the talent pipeline to secure the game's next generation of diverse leadership.”

Aaron himself broke barriers when he became an executive with the team, first as vice president and director of player development in 1976. The team also runs a Bill Lucas Fellowship on its baseball operations side, named for the man who became the first Black general manager in baseball with the Braves.

Those interested in applying for the Henry Aaron Fellowship can visit this link.