The Braves, Hawks and Atlanta United all play most of their games on Fox networks. 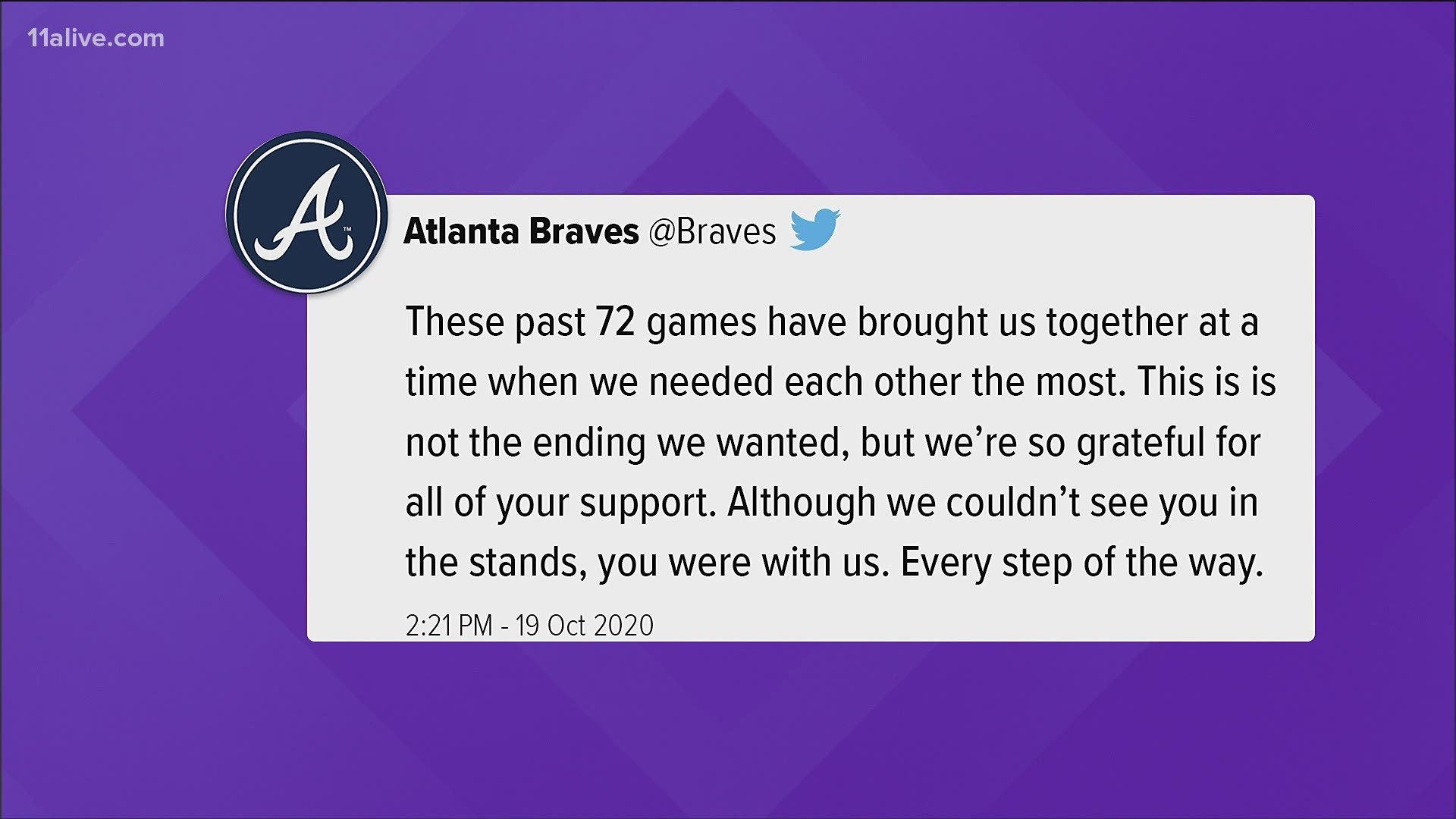 ATLANTA — Hulu TV sent a message to customers on Thursday saying that, starting tomorrow, it will no longer be carrying Fox regional sports networks like Fox Sports South and Fox Sports Southeast.

They follow most other popular streaming services - including YouTube TV, Sling and fuboTV - who could not reach an agreement with Sinclair Broadcast Group, which owns the Fox Sports properties.

It means cord-cutters without cable are down to just one option for watching most Atlanta sports team - Fox Sports South and Fox Sports Southeast together carry the overwhelming bulk of Braves, Hawks and Atlanta United broadcasts.

Of the major streaming services, only AT&T Now continues to carry the Fox regional sports networks.

"Starting on October 23, 2020 Hulu will no longer have the rights to distribute certain Regional Sports Networks (RSNs) that are currently included with your Hulu + Live TV plan," the message to customers said. "While we were unable to reach an agreement with Sinclair Broadcast Group to continue offering channels like your Fox Sports RSN, YES Network, and Marquee Network, the good news is that you will continue to have access to a wide variety of sports from other popular channels including ESPN, TNT, and TBS, as well as FS1 and FS2."

Many additional streaming services do carry a wide variety of games - MLB TV and NBA League Pass, for instance, make all of their leagues' games available for online streaming. But local market games are blacked out for users, meaning if you're in Atlanta, you can watch every team except Atlanta.

AT&T reached an agreement with Sinclair last year that would seemingly position them to remain the sole carrier of the Fox sports networks for a number of years going forward.