The Braves find themselves on the losing end of a historic Game 5 in the NLDS against the Cardinals. 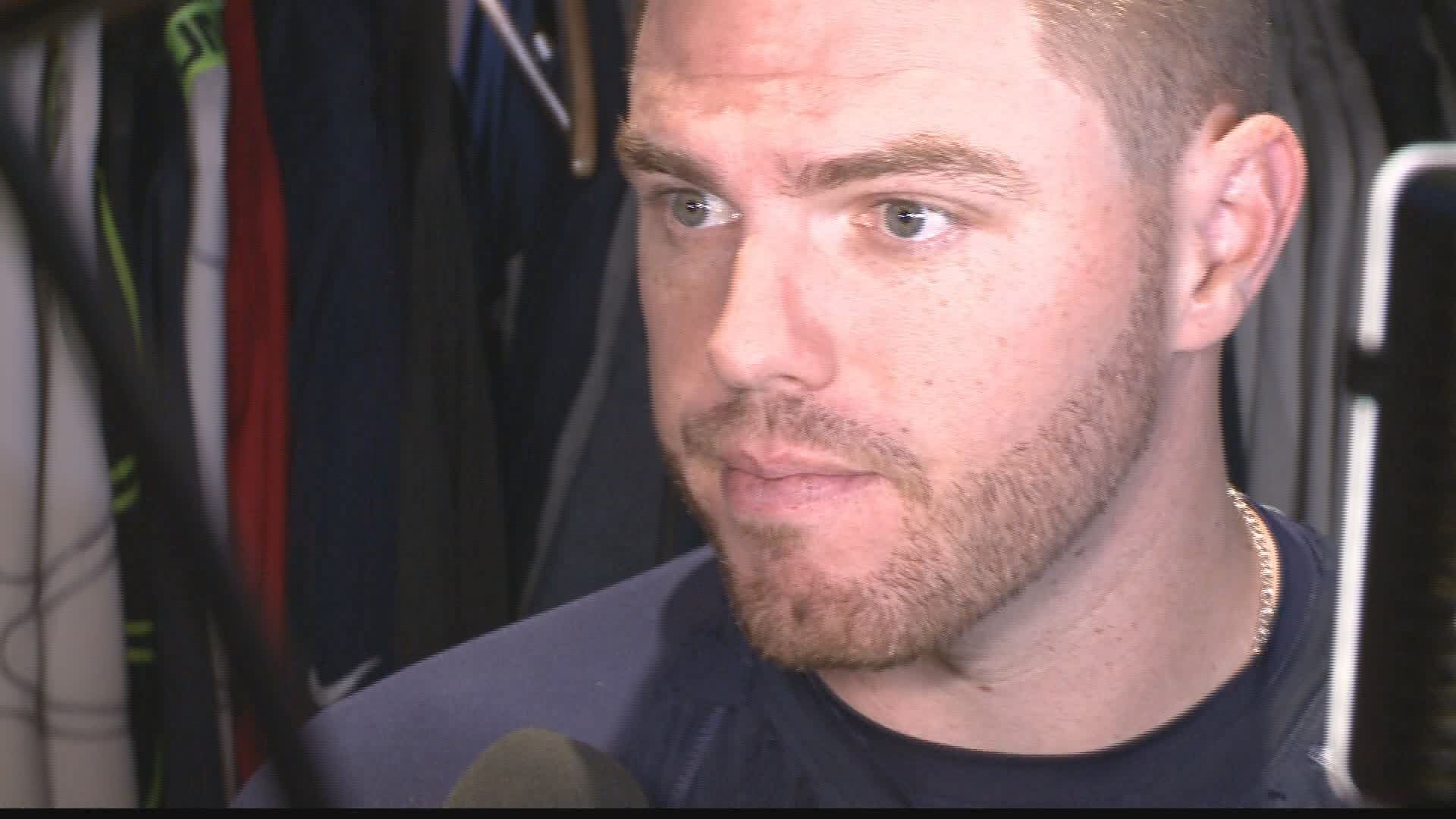 ATLANTA — The Atlanta Braves' season came to an end after a disappointing 13-1 loss to the Cardinals in Game 5 of the NLDS Wednesday at SunTrust Park.

The loss has the Braves still seeking a postseason series win, one that hasn't been seen since 2001.

After an impressive Game 2 outing, Mike Foltynewicz was named the starter for the deciding game. Folty lasted just one-third of an inning and was charged with six-earned runs.

"Very embarrassing. Especially on a stage like this," Folty said. "I let millions of people down, it's just a tough situation."

Marcell Ozuna ignited the scoring for the Cardinals with an RBI single that drove Dexter Fowler home in the first inning. Kolten Wong later hit an RBI double in the same inning then scored on a wild pitch by Max Fried. The Braves suddenly found themselves in a 10-run hole that was too much to overcome.

The Cardinals' 10 runs in the first inning is the most scored in a postseason game.

The Braves' offense continued their postseason struggles. Josh Donaldson's homer in the fourth inning was the only bright spot for the team.

The Cardinals advance to the National League Championship Series.

Photos: Braves in game 5 of the NLDS