The veteran outfielder had harsh words for Houston. 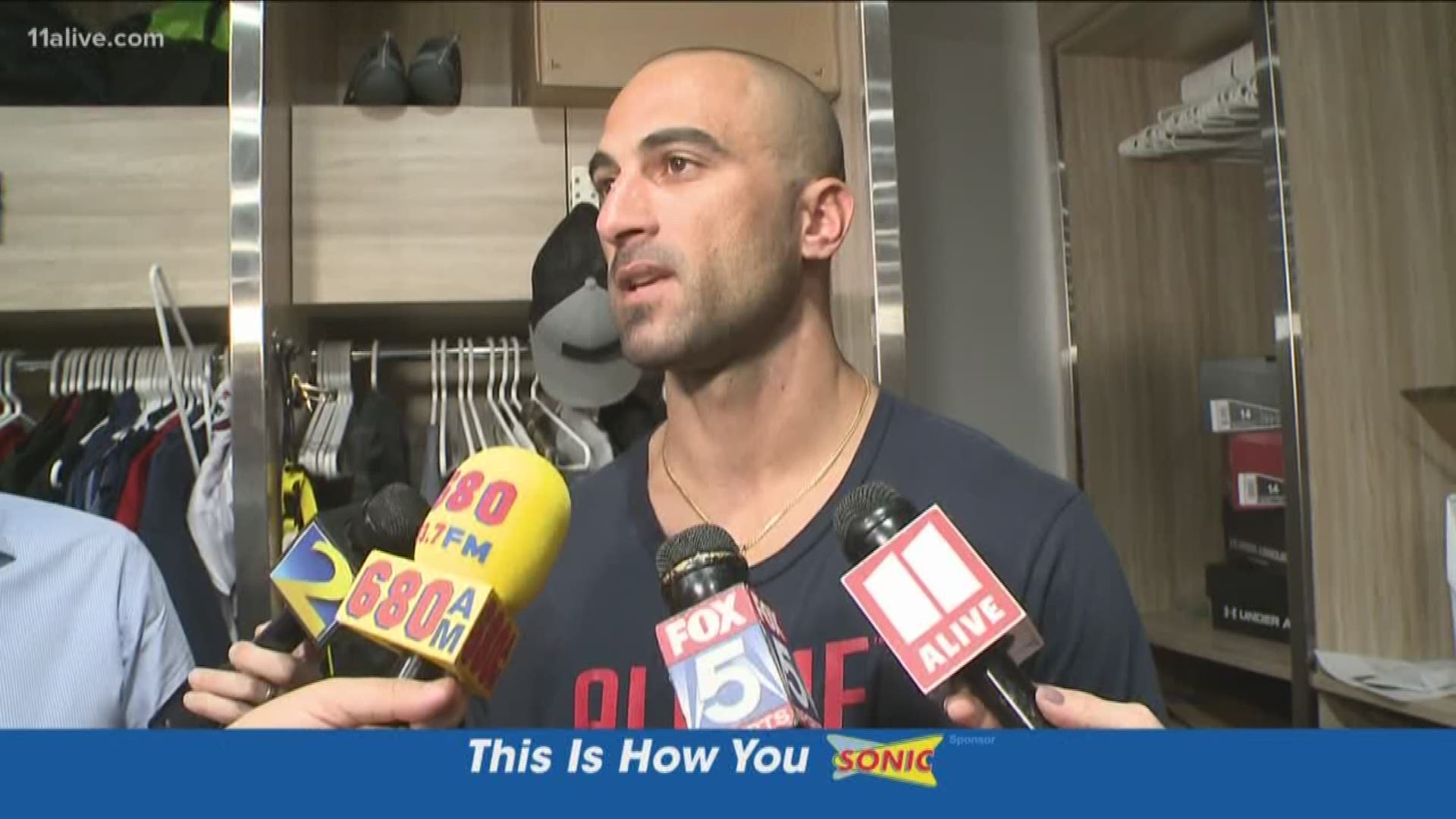 ATLANTA — Nick Markakis expressed deep frustration with the Houston Astros on Tuesday, telling reporters at Spring Training that "every single guy over there needs a beating."

The veteran Braves outfielder said "it's wrong, they've been messing with peoples' careers," and said it made him angry.

The Astros were recently penalized for stealing signs with an elaborate system in which a camera would feed visuals back to a computer in their dugout, where a staff member would then hit a trash can to alert batters to what was coming.

Houston's general manager Jeff Lunhow and manager A.J. Hinch were fired in the wake of the scandal.

Two other managers - Alex Cora of the Boston Red Sox and Carlos Beltran of the New York Mets - left their positions over their association with the sign-stealing scheme.

The Astros won the 2017 World Series as they instituted the scheme.

Markakis, who is entering his sixth season in Atlanta and his 15th in the Major Leagues, was searing in his criticism of both the team and of league officials who conducted the investigation into it and administered punishments.

"I know we're all competitive, and we're all out there competing, but there's right ways to do it and wrong ways to do it and I 100 percent disagree with the way they did it," he said. "There's a lot of people that were hurt by it, and it was wrong. And I think the punishment and everything - I think just everything has been handled the wrong way."

He pointed his critique in particular at MLB Commissioner Rob Manfred, saying he should "be embarrassed of himself."

"I think they got off pretty easy. They're gonna be able to go out there and compete with no ramifications at all, which is wrong," Markakis said. "And I think the commissioner completely handled it the wrong way. But you know, that's the way he did it and that's the way we gotta live with it. But I know a lot of people disagree with him - and the way he handled this situation, he should be embarrassed of himself."

Twice, he said what the Astros did was "bulls***."