The game is scheduled to be held in Atlanta on July 13th. 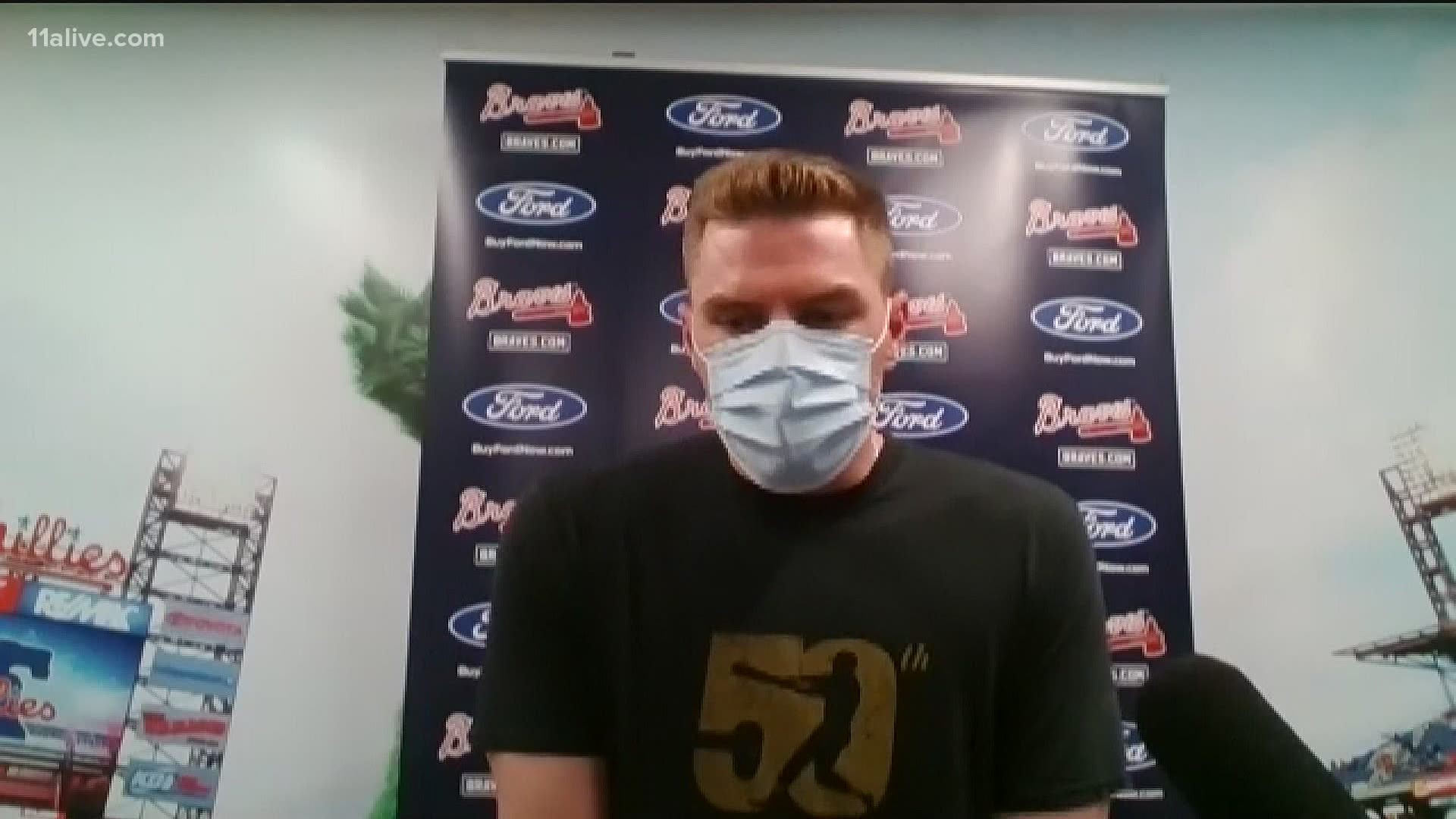 ATLANTA — The Braves revealed the logo for the 2021 All-Star Game on Thursday night, showing off the design that will feature all around the ballpark when the showcase game is staged in Atlanta next summer.

The All-Star Game will mark its first return to Atlanta since 2000, when it was held at Turner Field. The Midsummer Classic is scheduled to be held July 13 Major League Baseball also announced that its amateur draft will be held that same week in Atlanta.

It remains to be seen how preparations for the All-Star Game will go as the COVID-19 situation develops into next year. MLB has announced it will use the "bubble" format, in which all players gather at a single location and games are played at a single site, to prevent spread of the coronavirus when it starts its playoffs. All of the MLB postseason will be staged in Texas.

“Today marks a day where we can be optimistic and look towards next July and all the exciting festivities that come along with All-Star Week,” McGuirk said in a release. “We are delighted to also be a part of the first MLB Draft happening in conjunction of All-Star Week and can’t wait to have the spotlight shine on Cobb County, the City of Atlanta, The Battery Atlanta and of course Truist Park.”

This year's All-Star Game in Los Angeles was canceled amid the pandemic.

MLB Commissioner Rob Manfred said the league is "eager for the return of the All-Star Game and for the opportunity to put one of the game’s great new ballparks on a worldwide stage."