"I said you've got to stay focused on what's happening at the track. I said they are more fearful. I said that was a cowardly act and they fear you," she said. 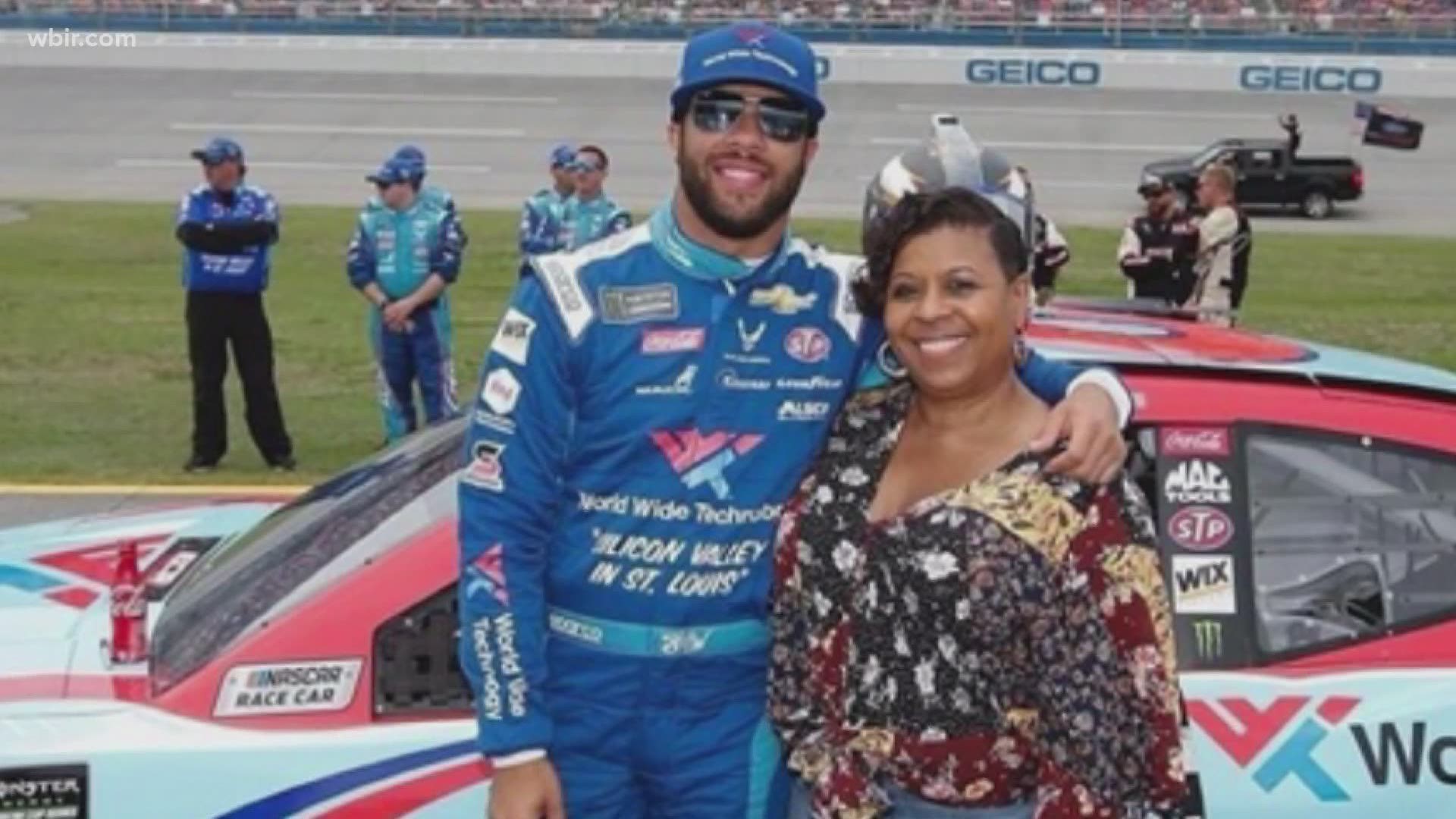 "He just had a solemn look on his face," Desiree Wallace said.

"They found a noose in the garage."

On Sunday evening, NASCAR released a statement, saying a noose was found in Wallace's garage stall.

"We are angry and outraged, and cannot state strongly enough how seriously we take this heinous act," the statement said in part.

UPDATE: Bubba Wallace responds after FBI says noose found in stall there as early as Oct. 2019

Wallace is the series' only full-time Black driver and in the past few weeks has been very vocal in his support for the Black Lives Matter movement, driving his No. 43 car with the "Black Lives Matter" decal, wearing a shirt with the words "I Can't Breathe" before a race and playing a pivotal role in the banning of the confederate flag from NASCAR events.

"I'm just in total shock, total disbelief, and I could see his face. He wanted to cry because he was just hurt, but then I seen another side of him like he was just broken from just disappointment," Desiree Wallace said.

She immediately turned her attention on her son.

"I said, 'You've got to stay focused on what's happening at the track.' I said, 'They are more fearful.' I said, 'That was a cowardly act and they fear you,'" she said.

Desiree Wallace told her son, whoever left a noose in his garage, a sign of lynching, racism and violent actions toward the Black community in the United States for hundreds of years, gave him an opportunity.

"The enemy will try and attack you in any form or fashion. So we're going to use this as a stepping stool. God allows us to make enemies a stepping stool. They just put you on a whole other level. What is everybody talking about this morning? Bubba Wallace," she said.

"We find out who it is, if you ever meet them face-to-face, say thank you."

Wallace said out of concern for someone tampering with his car, the No. 43 team moved to his backup vehicle.

She hopes this noose will continue to open the eyes of NASCAR fans and people around the country.

"There are ignorant people in the world and there will continue to be ignorant people in the world and it's unfortunate, but to me, it's just kind of a confirmation. People say that there's no racism or prejudice behind that flag or anything, but there's proof that there is. You know, people say it's just a part of history, but it's a part of history that a certain group of people don't like to be reminded of. So the mere action of, you know, the noose and all of that. It's just confirmation that things are broken in the system and they need to be addressed," she said.

Authorities said Monday that the FBI is investigating the discovery of the noose.

Alabama Governor Kay Ivey said in a statement on Monday regarding the noose, "There is no place for this disgusting display of hatred in our state."

One of the positives from all of this, according to Desiree Wallace, is the support Bubba has received from the NASCAR community.

Racing icon Richard Petty traveled to Talladega on Monday to be with Wallace.

Brian Moffitt, the chief executive officer at Richard Petty Motorsports, called Desiree on Monday morning, offering to fly both her and Bubba's sister to the Geico 500. Neither could attend, but the call meant the world to her.

"He cried on the phone, saying that he was so sorry and that he was embarrassed that my son had to go through this," Desiree Wallace said as tears came to her eyes. "I'm very grateful that they've even given him the opportunity, you know, to do what he loves to do and that's just put that helmet on, put that firesuit on and get in that race car and just go fast."