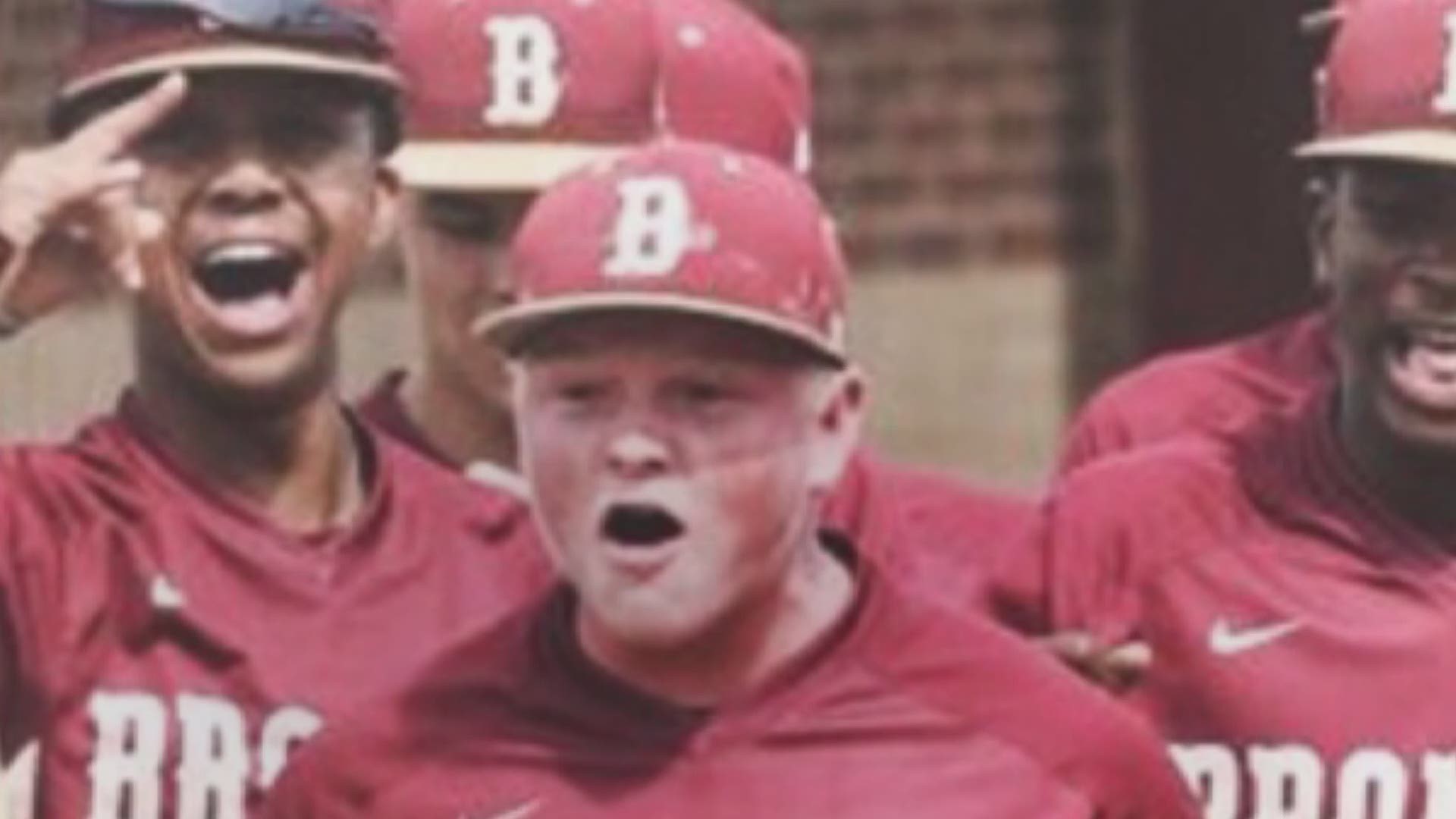 The enshrinement ceremony for the Class of 2018 will take place on Friday, Sept. 21 at the College Football Hall of Fame. The following afternoon, the seven inductees will be honored at the Clemson-Georgia Tech game at Bobby Dodd Stadium (Sept. 22).

"I'm thrilled that these outstanding individuals have been selected for induction into the Georgia Tech Sports Hall of Fame," said Georgia Tech athletics director Todd Stansbury in a statement. "The former student-athletes not only achieved extraordinary success at Georgia Tech but have also done so in their lives after Tech. They have proved to be the types of Everyday Champions that we strive to produce and have set a great example for the student-athletes that have followed them.

"And, of course, Jack Thompson's contributions to Georgia Tech athletics—from helping to recruit the first African-Americans to be awarded athletic scholarships at Tech, to helping raise nearly $600 million over the last 36 years, to serving as a mentor for countless student-athletes over the years—are unrivaled.

"I'm looking forward to honoring our newest Hall of Fame class this fall and hope that many fans will join us in celebrating them on Sept. 21 at the College Football Hall of Fame and on Sept. 22 when Georgia Tech football takes on Clemson at Bobby Dodd Stadium." 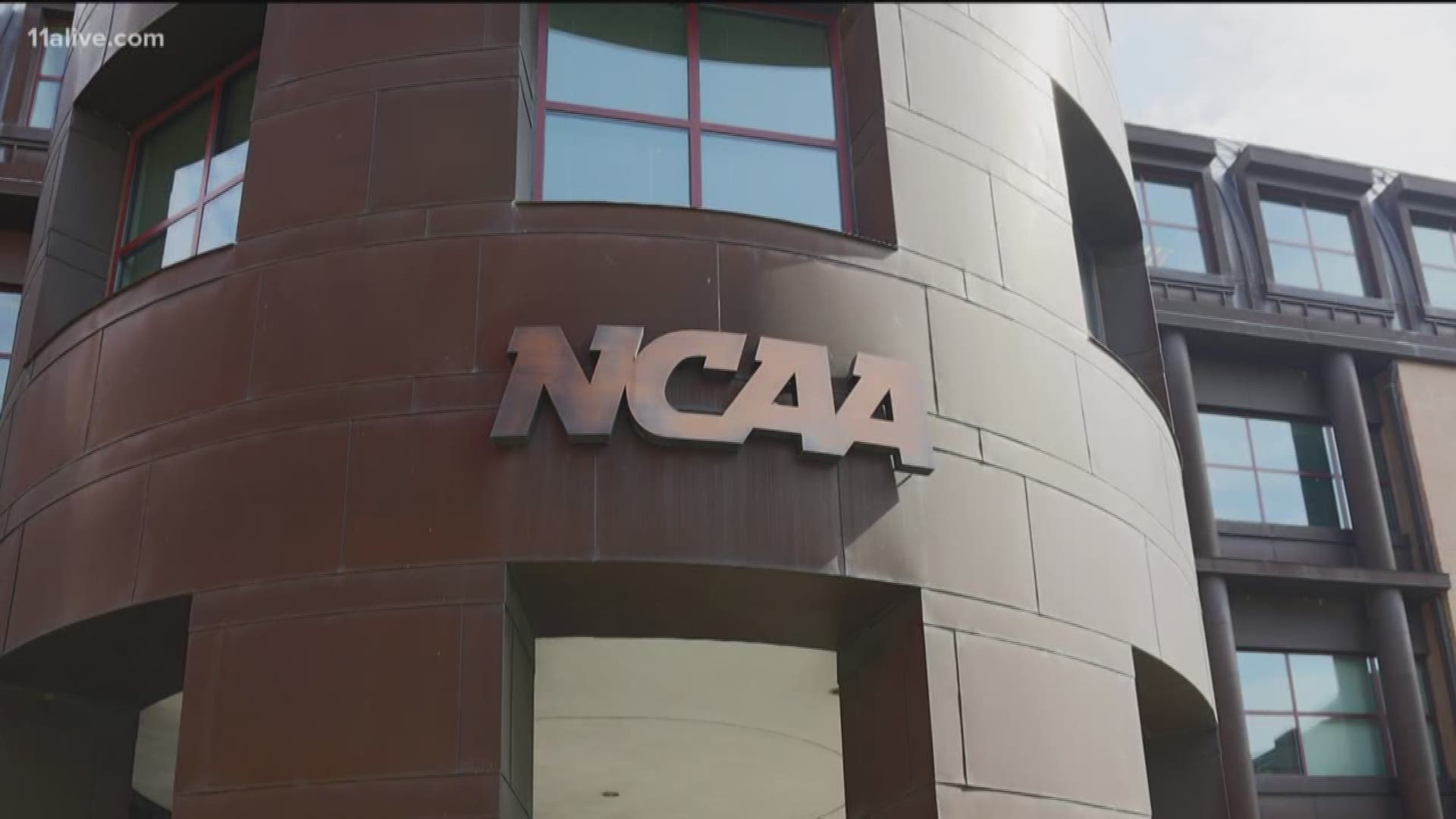 The following Class of 2018 bios were supplied by Georgia Tech's athletics office:

Steven Blackwood, Baseball (2003-06)
Part of two Atlantic Coast Conference regular-season championship teams (2004, 2005), an ACC Tournament championship in 2005 and a College World Series team in 2006, Steven Blackwood made the All-ACC first-team as a junior in 2005 and the second-team as a sophomore in 2004, while earning all-region honors both years. The Roswell, Ga., native led the Yellow Jackets in batting average (.359) and runs batted in (66) in 2004, and remains fourth all-time at Tech with 221 RBI, fifth with 60 career doubles and tied for fourth with 242 games played. A pre-med major concentrating in biology, Blackwood also excelled in the classroom, earning academic honors in the national and conference level each of his last three years on The Flats, and is one of the rare student-athletes ever to be named Mr. Georgia Tech at the annual Homecoming festivities.

Chris Bosh, Basketball (2002-03)
A member of the Gold-medal-winning USA Basketball team at the 2008 Beijing Olympic Games, Chris Bosh became part of Georgia Tech basketball’s rise to national prominence in the mid-2000s. In his one season on The Flats, Bosh earned second-team All-ACC honors and was the scoring and rebounding leader for a Yellow Jacket team that advanced to the quarterfinals of the NIT. Though he entered the NBA Draft following his freshman year, he helped set the stage, along with future Tech Hall of Famers Jarrett Jack and B.J. Elder, for the Jackets’ run to the NCAA championship game in 2004. While at Tech, he was named the ACC Rookie of the Year and a Freshman All-America by the U.S. Basketball Writers Association. He was made the fourth overall pick in 2003 by Toronto in the NBA Draft and went on to earn two NBA titles with the Miami Heat. He is a five-time NBA All-Star and also was a member of the USA bronze medal team at the 2006 World Championships.

Michael Johnson, Football (2005-08)
One of the best pass rushers in Georgia Tech history, Michael Johnson appeared in 49 games as a defensive end over four seasons and recorded 19 sacks, which ranks ninth all-tome at Tech, 30.5 tackles for loss (tied for 17th), forced 10 fumbles and blocked three field goals in his career. Johnson was a key member of Georgia Tech’s 2008 squad that went 9-4, tied for first in the ACC Coastal Division, beat Georgia for the first time in eight years and earned a berth in the Chick-fil-A Bowl. He finished his senior campaign with 17.5 tackles for loss and nine sacks, both of which ranked third in the ACC, and became a first-team All-American and a first-team All-ACC honoree. After leading Tech to a bowl game in each of his three seasons, Johnson was selected in the third round of the 2009 NFL Draft and has played nine NFL seasons with the Cincinnati Bengals (2009-13; 2015-present) and Tampa Bay Buccaneers.

Adriane Lapsley Butler, Track and Field (2003-06)
During her time on The Flats, Adriane Lapsley (now Butler) was one of Georgia Tech track and field’s most versatile and accomplished performers, competing in the sprints and hurdles, both the long and triple jump, as well as on many relays. A 2006 graduate of Georgia Tech, she earned All-America honors three times, once in the 60m indoors and twice in the 4x100m relay. She was an ACC Champion six times, twice each in the 60 meters, 100 meters, and 4x100-meter relay, and earned all-ACC honors a total of nine times. Currently she holds school records in the indoor 55-meter dash, as well as the 4x100-meter, 4x200-meter and shuttle hurdle relays. She has served as an assistant coach for the Yellow Jackets’ women’s track and field team since 2007.

Kristi Miller North, Tennis (2005-08)
Georgia Tech’s first women’s tennis All-American when she earned All-America singles honors as a freshman in 2005, Kristi Miller (now North) went on to become the most decorated student-athlete in school history, as she owns Tech’s career marks in singles victories (152) and doubles wins (110), and led the Yellow Jackets to their first NCAA Championship in any sport in 2007. North helped Tech to three ACC Championships from 2005-07 and also led the Jackets to the 2008 ITA National Team Indoor Team Championship.

A six-time All-American (four-time singles, two-time doubles), North also earned the prestigious Honda Award for Women’s Tennis (2006) and is a four-time all-ACC honoree. She was named the 2008 ACC Player of the Year and the ACC Tournament MVP in 2006, as well as ACC Rookie of the Year in 2005. A three-time CoSIDA/ESPN the Magazine Academic All-American, she finished her four-year degree with a perfect 4.0 GPA, was named an ITA Scholar-Athlete all four years, and the ACC Scholar-Athlete of the Year as a senior in 2008. As a senior, she received the ITA/Arthur Ashe Award for Leadership and Sportsmanship, the ACC Weaver-James-Corrigan Postgraduate Scholarship and the Georgia Tech Robert Cup Awards.

Chan Song, Golf (2001-05)
A member of four teams to play in the NCAA Championship, including a pair of runner-up finishes in 2002 and 2005, and an ACC Championship squad in 2002, Chan Song became a two-time All-Atlantic Coast Conference performer and earned second-team All-America honors as a senior after making the GCAA's honorable mention teams twice (2002, 2004). A workhorse competitor who played in all but one tournament (48 of 49) in his Georgia Tech career, Song had 23 top-20 finishes and 11 top-10s in his career. He made the ACC Academic Honor Roll all four years at Tech, and was named an All-American Scholar by the GCAA as a junior and a senior. After graduating from Tech in 2005, Song played on various professional tours, including the Asian Tour and the Canadian Tour, and currently works as an on-air personality for Golf Channel in his native Thailand.

Jack Thompson, Athletic Staff (1968-2018)
In a 50-year career in Georgia Tech Athletics, Jack Thompson has made an indelible mark, first as a football recruiter, but more importantly as a fundraiser in the Alexander-Tharpe Fund, Georgia Tech athletics' development arm, spearheading fundraising efforts for the construction or major renovation of every athletics facility on Tech's campus. His efforts also provided scholarships for thousands of student-athletes to receive their education and degrees from Georgia Tech. The A-T Fund has raised more than $593 million since Thompson's promotion to associate A.D. in 1982. Highlighting his many honors and awards, Thompson was named an honorary alumnus of Georgia Tech in 2004. He was also named National Fundraiser of the Year by the National Association of Athletic Development Directors (NAADD) in 2005 and received a lifetime achievement award from the National Association of Collegiate Directors of Athletics (NACDA) in 2011. Thompson arrived at Georgia Tech in 1968 as director of football recruiting, a position that he served in under head coaches Bud Carson, Bill Fulcher and Pepper Rodgers. In that capacity, he helped recruit the first African-American student-athletes to be awarded scholarships at Georgia Tech, led by legendary quarterback Eddie McAshan. He moved into administration under director of athletics Homer Rice, where he began his long service in fundraising.