The high-octane Tigers accounted for nearly 500 yards and 40-plus points against the Tide's vaunted defense. 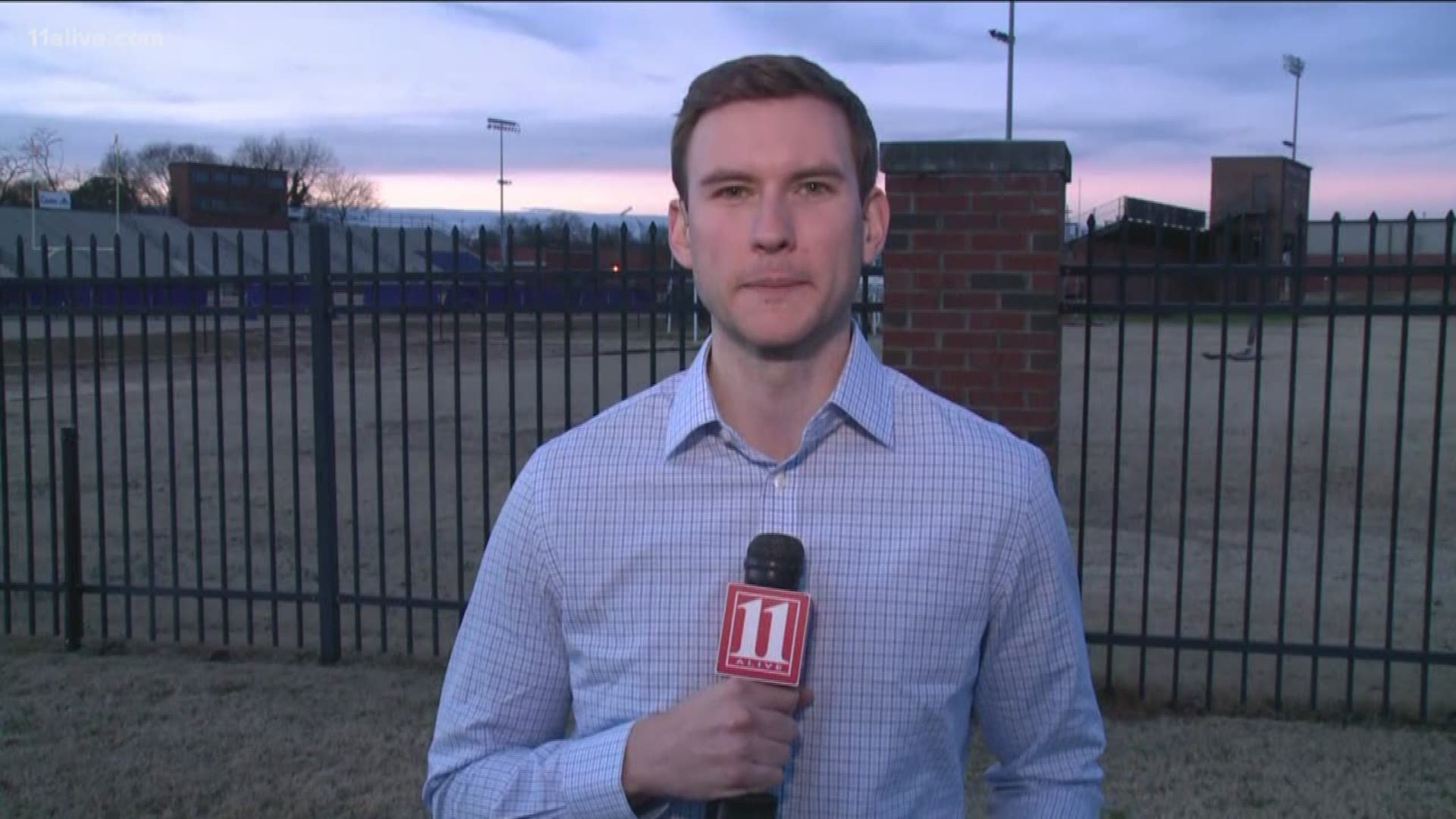 No. 2 Clemson had always been viewed as a formidable challenger to Alabama, in the lead-up to Monday's College Football Playoff championship.

But hanging 40-plus points on a Nick Saban-influenced defense?

Seeing Coach Saban bear the look of a bewildered leader during the halftime interview? Seriously, when has that ever happened?

Feeling great about your chances of victory before the fourth quarter began?

Yes, the Tigers (first 15-0 team since 1897) incredibly crossed off every hypothetical from that ambitious checklist.

From the opening kickoff, they were more prepared, more aggressive and less desperate than the discombobulated Crimson Tide.

The final result: Clemson clinched its second national championship in three years by routing No. 1 Alabama, 44-16.

From a box-score perspective, freshman quarterback and Cartersville alum Trevor Lawrence was the star attraction, accounting for 347 yards passing and three touchdowns against Alabama's vaunted defense.

The Tigers defense even pulled off the once-unthinkable notion of forcing Saban to bench QB Tua Tagoviloa in the fourth quarter.

The media tends to nitpick certain Alabama missteps during the regular season, simply because that's their only ammunition.

However, on this night, the Tide committed three major errors, all of which shaped the one-sided final score:

1. For Alabama's first possession, Tagovailoa dropped back for a seemingly mundane pass play.

2. Alabama kept up with Clemson's breakneck pace in the first quarter, matching the two touchdowns on both occasions.

However, kicker Joseph Buolvas clanked the point-after attempt off the post, preserving Clemson's lead at just one point.

As crazy as this sounds, that moment represented the Tigers' low point of the evening. From there, Clemson's lead would majestically expand from one point ... to eight ... to 15 ... to 21 ... and finally 28.

3. Yes, Alabama trailed Clemson by 15 to start the second half. But that didn't seem like an insurmountable deficit coming out of the break.

As such, Tagoviloa (295 yards passing, 2 TDs, 2 INTs) quickly rallied the troops with a sustained drive, marching the Crimson Tide 53 yards to the Clemson 22.

But then came trouble ... in the form of a 3rd-and-6 incompletion (possible pass interference) and then Alabama's disastrous decision of a fake field goal.

(How notorious was this play? It had Kirby Smart trending on Twitter, even though the UGA head coach had nothing to do with Monday's mauling.)

On the play, holder Mac Jones fielded the snap cleanly and momentarily dropped to set the ball, laces out. In a flash, though, Jones took off for the first-down marker, with the kicker Bulovas running interference in front.

The main problem here: Bulovas didn't block any of the mammoth defensive linemen ... meaning that once-sizable hole had completely closed off, allowing Clemson to stop another drive on downs.

In fact, Clemson halted Alabama on three consecutive 'downs' in the second half, which has to be some kind of record.

At least in the illustrious history of Saban-coached teams.

What a debacle, through and through.