'He was excited. He was very excited to meet his new Georgia Tech family. I mean he was happy.' 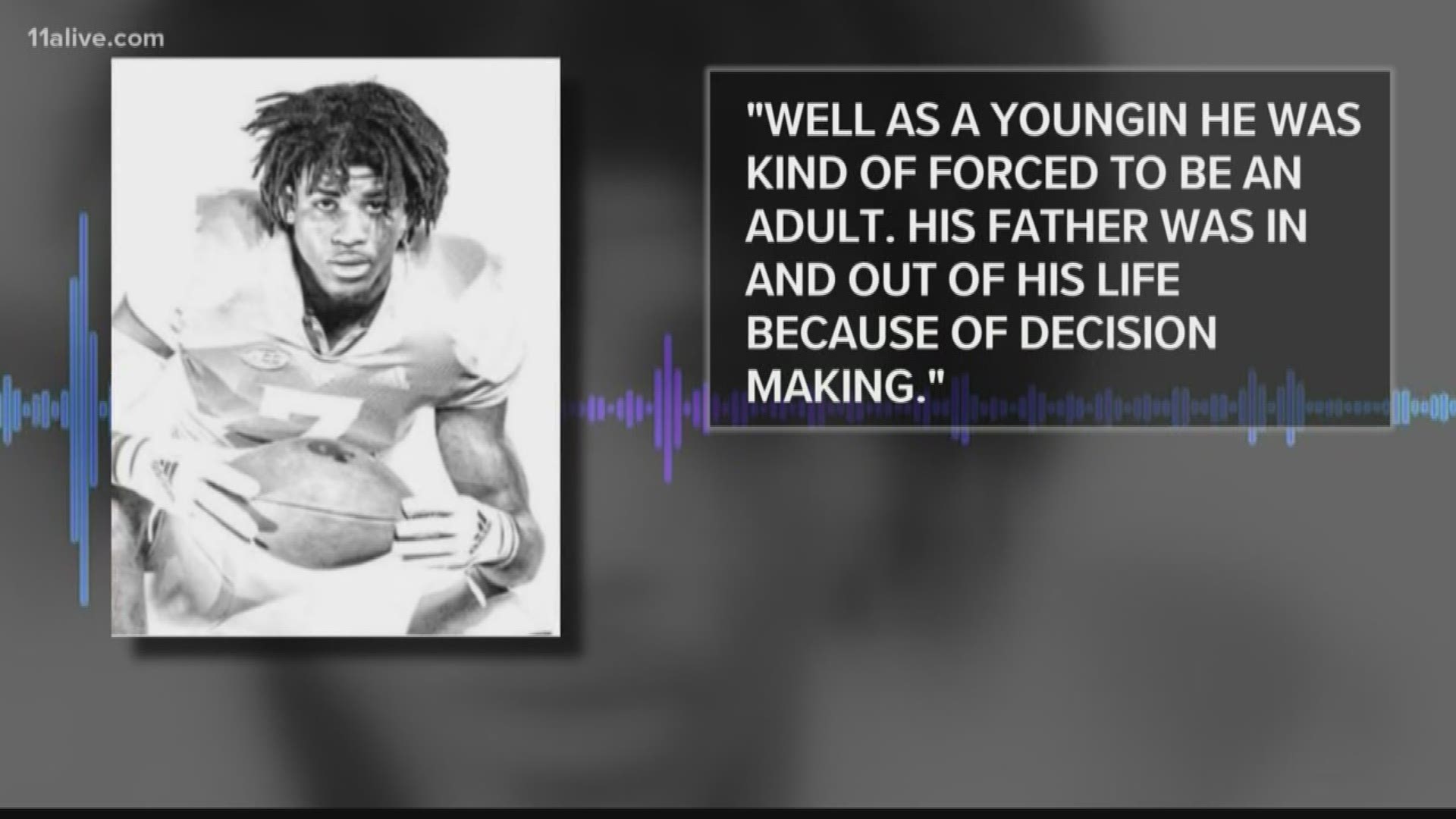 ATLANTA — Bryce Gowdy's uncle wants people to know the Florida high school football star did not live a life of crushing depression or hardship - he was just going through a difficult period.

Gowdy was just days from starting classes at Georgia Tech where he had signed on to play football when he died by suicide on Monday.

It was only in the last six months, Thomas Gowdy told 11Alive's Joe Henke, that Bryce struggled with the weight of his family experiencing homelessness, bouncing from hotel to hotel, and the worry of how his family might fare as he left for Atlanta.

"He was excited. He was very excited to meet his new Georgia Tech family. I mean he was happy, that's why I'm hating the fact that the media wants to paint the picture of depression," Thomas Gowdy, who is the brother of Bryce's father, said. "You don't have to be depressed in order to commit suicide."

"It doesn't have to be a life of depression or a life of struggle to make you commit suicide," he added. "It could be one event that pushes you to the edge because you're vulnerable."

His uncle said Gowdy's life "was actually great up until he was getting ready to leave."

Those were sentiments echoed by Bryce's mom Shibbon Winelle in a video posted to social media (and has since deleted) this week.

But as the South Florida Sun-Sentinel, his hometown paper that reported the circumstances of his death on Tuesday, noted - teens can't necessarily see the greater picture the way an adult can.

"Very often, in the moment, young people will do it without thinking it through," Dr. Daniel Bober, a child and adolescent psychiatrist, told the paper. "They feel, at that moment, there is no hope and taking their life is the only way to make the pain go away.”

Studies have also established a link between homelessness, poverty and youth suicide. A study in 2019 published in the journal Pediatrics found youth who'd experienced homelessness were "twice as likely to have levels of emotional distress, self-injury and suicidal thinking, and over three times as likely to attempt suicide within the last 12 months."

Thomas Gowdy described his nephew as a young man who, through the circumstances of his father not being around and his brothers not having theirs around, had to shoulder great responsibility from a young age.

"His mother basically couldn't handle all the duties that came with fathers not being there," he said. "So Bryce had to be basically the head of his household at a young age, before he was even a teen."

Thomas Gowdy said Bryce was serious about his responsibilities - he would come and work with him every summer, either at his own car detailing service or the family lawn service business.

And even as a bright future at Georgia Tech loomed, he wanted to be sure his brothers were taken care of.

"(Bryce's mom) did have the option of splitting the kids up, but Bryce didn't want to split up. It was more than a few families willing to take on a child if they needed to, especially our family - obviously we were willing to take on them all. But Bryce wanted them together," Thomas Gowdy said. "Because he'd seen them as more than his brothers, he was like their father figure."

"He knew he was going to be alright" at Georgia Tech, the uncle added. "His worry wasn't him - it was his brothers. Basically, he didn't want his brothers to go [through] what he went through, having to grow up too early."

Thomas Gowdy said Bryce took after him and his father. Thomas was a star running back. His father a quarterback.

It seemed like Georgia Tech would be the place he could express the fullest version of himself. One of his final social media posts was a tweet on Dec. 29, in which he said, "Family matters, can't wait to get to the ATL soon!"

"His bags were packed, and they're still packed at my house," Thomas Gowdy said. "He came by here three, four times, his dad and I, we were basically motivating him and letting him know, 'You're gonna be OK, you don't have to worry about your brothers. Once you step through that door on campus, your life will change.' So, we were trying to make him understand that, and he didn't."

Back in Florida, a group of friends and family held a vigil to remember the young man and his impact on their lives.