Brock Vandagriff had been committed to Oklahoma for more than six months before decommitting from the Sooners just three weeks ago. 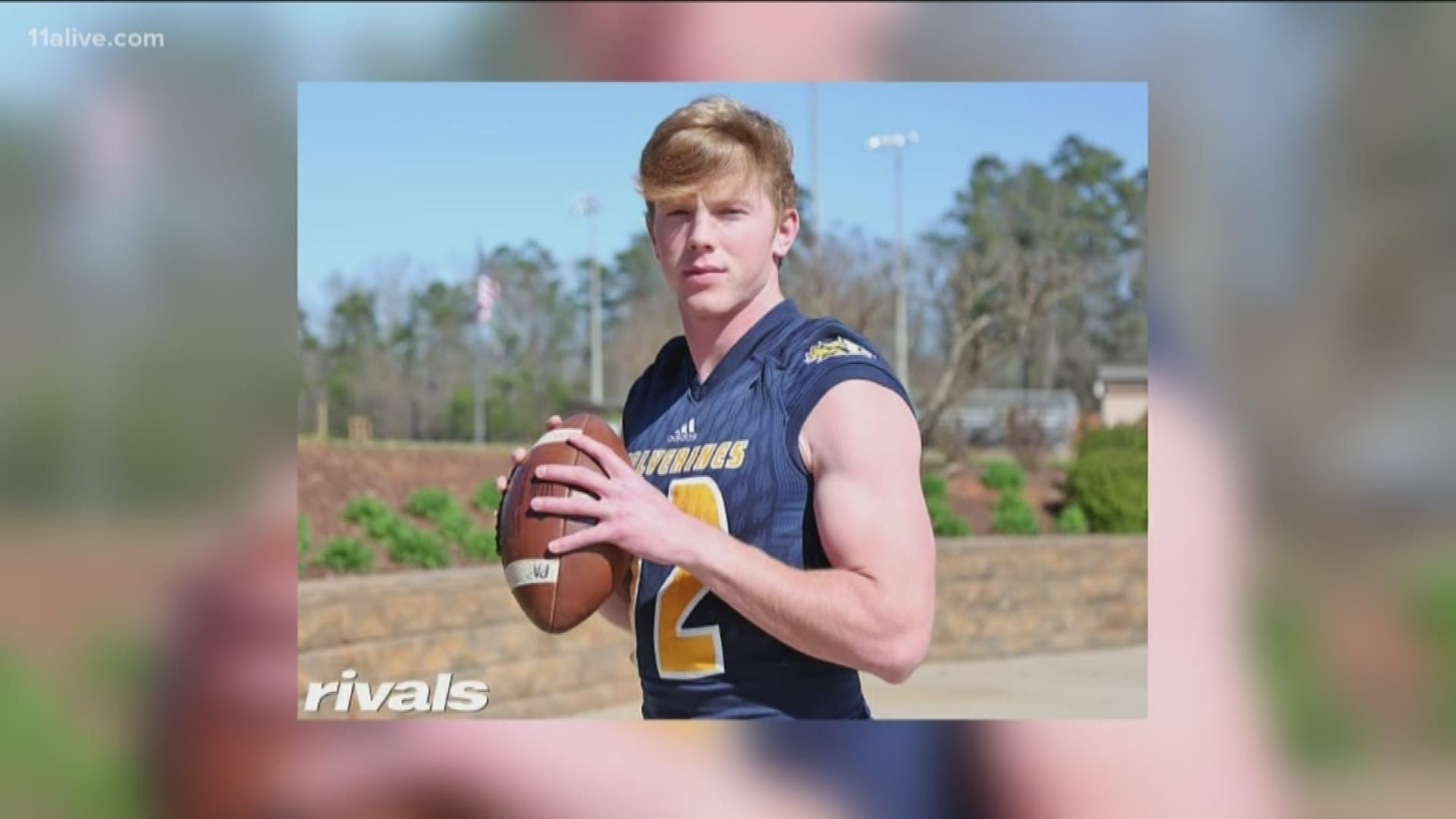 The nation’s No. 4 overall prospect for the Class of 2021, and the top-rated pro-style quarterback in the country, Vandagriff had been committed to Oklahoma for more than six months before decommitting from the Sooners just three weeks ago.

Living mere minutes from the UGA campus, the 6-foot-3, 200-pound Vandagriff was seemingly first made a priority for the Bulldogs less than a year ago.

"Well, the first thing with recruiting is that they (UGA) seem like they're making me more of a priority because Coach Kirby (UGA head coach Kirby Smart) was talking to me, and he had nothing but great things to say,” Vandagriff informed Jake Reuse of UGASports last April. "They want me because I'm close. They don't want me to think I'm forgetting about them because I'm local."

As a sophomore at Prince Avenue in 2018, Vandagriff passed for 3,190 yards, rushed for another 1,001, and was responsible for 53 touchdowns. After committing to Oklahoma that summer, he got off to another spectacular campaign as a junior, until suffering a broken fibula in September. Still, Vandagriff quickly returned, missing only four games, and finished the year with nearly 2,500 passing yards, 31 passing touchdowns, while adding another six rushing TDs, in just eight games.

It was during Christmas break following the season when Vandagriff started to rethink his commitment to Oklahoma.

“Over the break, I talked with my family about the location and how far Oklahoma is from home,” Vandagriff informed Rivals Recruiting Analyst Chad Simmons after his decommitment. “I am close to my grandparents and great grandparents that live in Alabama, and my parents are in Georgia, so that distance was weighing on me. I want my parents to be able to see me play every week like they do now.”

Notably, Vandagriff would become just the third UGA signee from the Athens area since 2002, joining Zach Mettenberger (2009) and Jaleel Laguins (2016). Also, as the No. 4 overall prospect for the 2021 class, Vandagriff would be the third highest-rated signee the Bulldogs have landed during the Rivals era, trailing only Justin Fields (No. 2 in 2018) and Nolan Smith (No. 2 in 2019).