The Bulldogs beat the Aggies over the weekend on Senior Night in Athens. 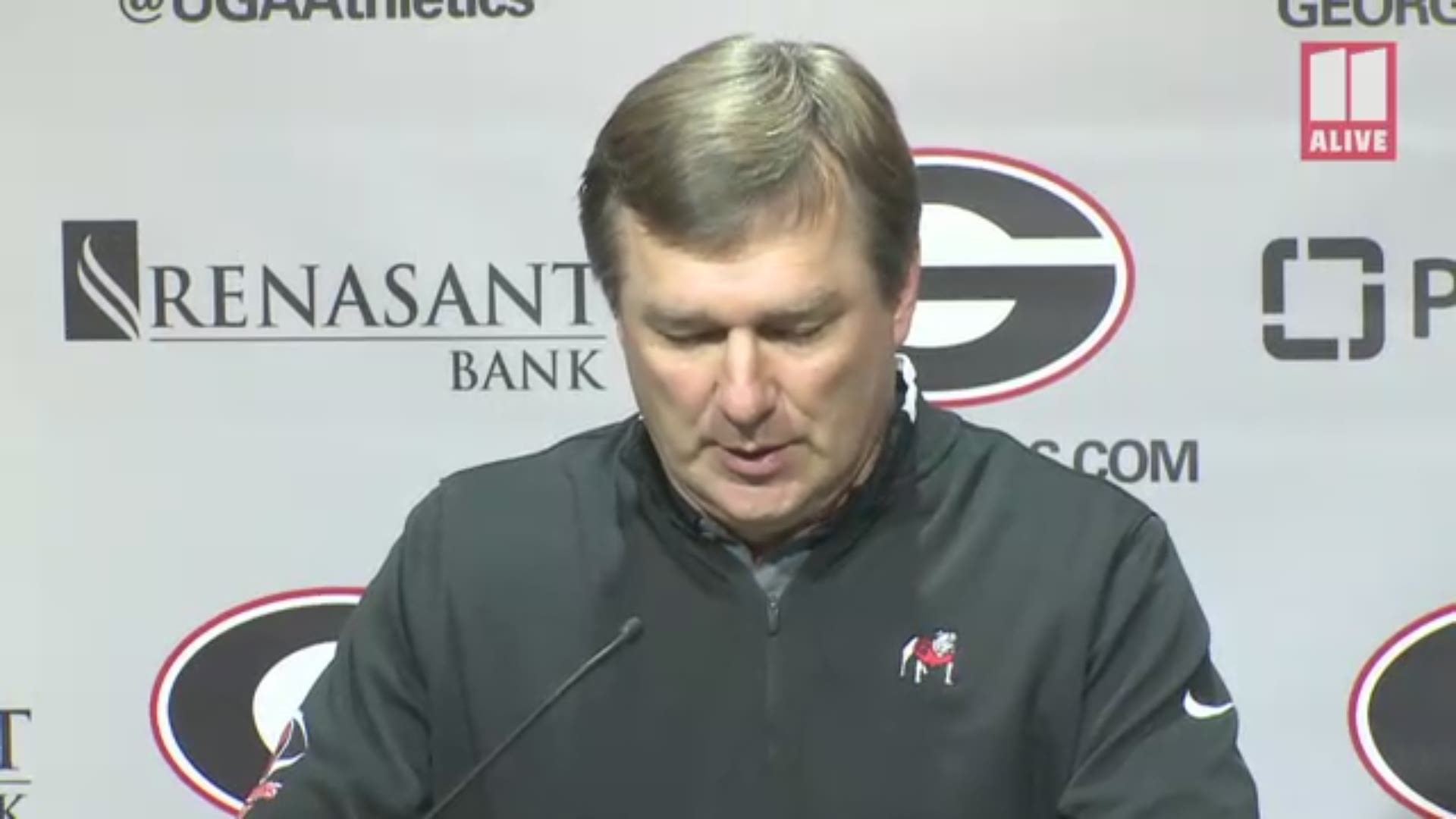 There was a small shake-up in the rankings this week, with Ohio State and LSU swapping positions. The Buckeyes are now in the top spot with the Tigers dropping to No. 2. Clemson is third, with Georgia and Alabama rounding out the top five.

RELATED: 'Defense held the line' | What the national media is saying about Georgia's victory over Texas A&M

The top four teams in the final rankings, which will be released on Dec. 8, will play in the playoffs. Playoff games will be held at the Peach Bowl and the Fiesta Bowl on Dec. 28.

The championship game will be played in New Orleans at the Mercedes-Benz Superdome on Jan. 13.

The Bulldogs have already secured a spot in the SEC Championship Game in Atlanta on Dec. 7, against LSU.

Should the Dawgs win every game, they'll be assured of a spot in the playoffs. Any stumble along the way, and the path to the championship is likely blocked.

PETA: Georgia 'must retire Uga immediately' because 'animals are NOT mascots'