The Bulldogs beat Auburn on Saturday to claim the SEC East title. 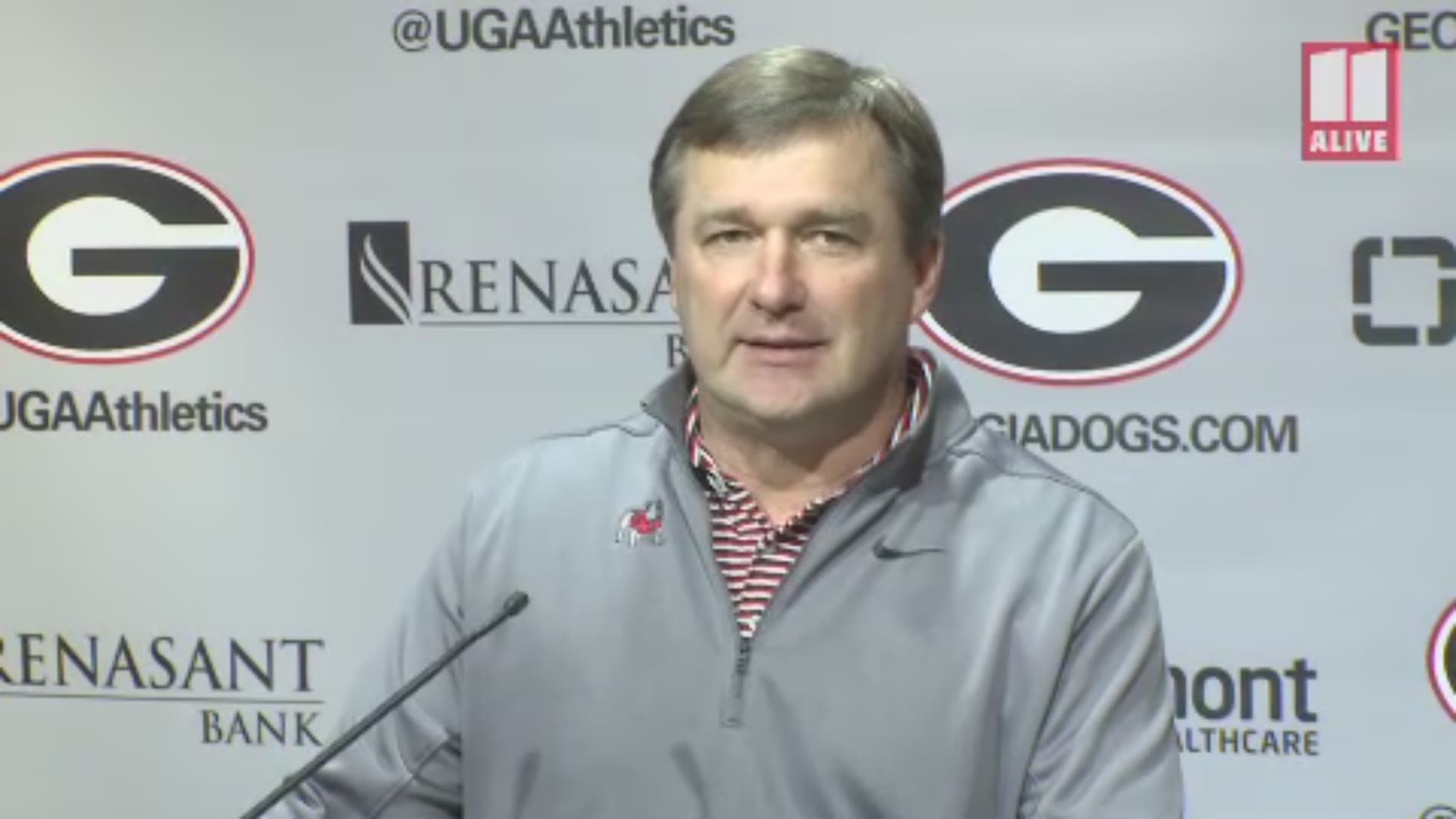 ATLANTA — Despite Georgia's big win against the Auburn Tigers on Saturday, not much changed for the Bulldogs in the College Football Playoff rankings.

The Bulldogs remain fourth in the standings, which were released Tuesday night. The top four itself was unchanged, with LSU holding on the top spot, followed by Ohio State and Clemson. Alabama rounded out the top five.

The top four teams in final rankings, which will be  released on Dec. 7, will play in the playoffs. Playoff games will be held at the Peach Bowl and the Fiesta Bowl on Dec. 28.

The championship game will be played  in New Orleans at the Mercedes-Benz Superdome on Jan. 13.

With two regular season games remaining, the Bulldogs remain in control of their destiny. They play Texas A&M on Saturday and close out the regular season against Georgia Tech on Nov. 30.

The Bulldogs have already secured a spot in the SEC Championship Game in Atlanta on Dec. 7, which will likely be against LSU.

Should the Dawgs win every game, they'll be assured of a spot in the playoffs. Any stumble along the way, and the path to the championship is likely blocked.

Georgia moves up in latest AP poll, jumps past Alabama