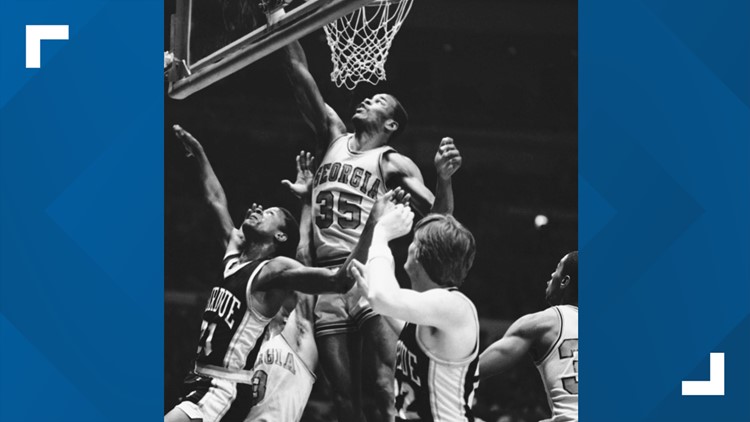 Photo by: AP
In this March 22, 1982, file photo, Georgia's Terry Fair (35) goes up with the ball with Purdue's Ricky Hall, left, and teammate Dan Palombizio, right, in close range during the first half of a semifinal game in the National Invitation Tournament at New York's Madison Square Garden. Fair, a key player on Georgia only men's Final Four team, has died at the age of 59, the school announced, Friday, Jan. 31, 2020. The university said Fair died Thursday of natural causes in his hometown of Macon, Ga. (AP Photo/Richard Drew, File)

Fair was a key player on the Bulldogs' only men's Final Four team in 1983. He also starred on one of the state's most celebrated high school teams, the 1979 Southwest Macon Patriots, who won a state championship and were crowned national champions.

Fair was picked by the Indiana Pacers in the fourth round of the 1983 NBA draft. He went on to play professionally in Israel for a decade.