It was Georgia’s third straight win in the one-sided series known as “Clean, Old-Fashioned Hate” — all of them blowouts. 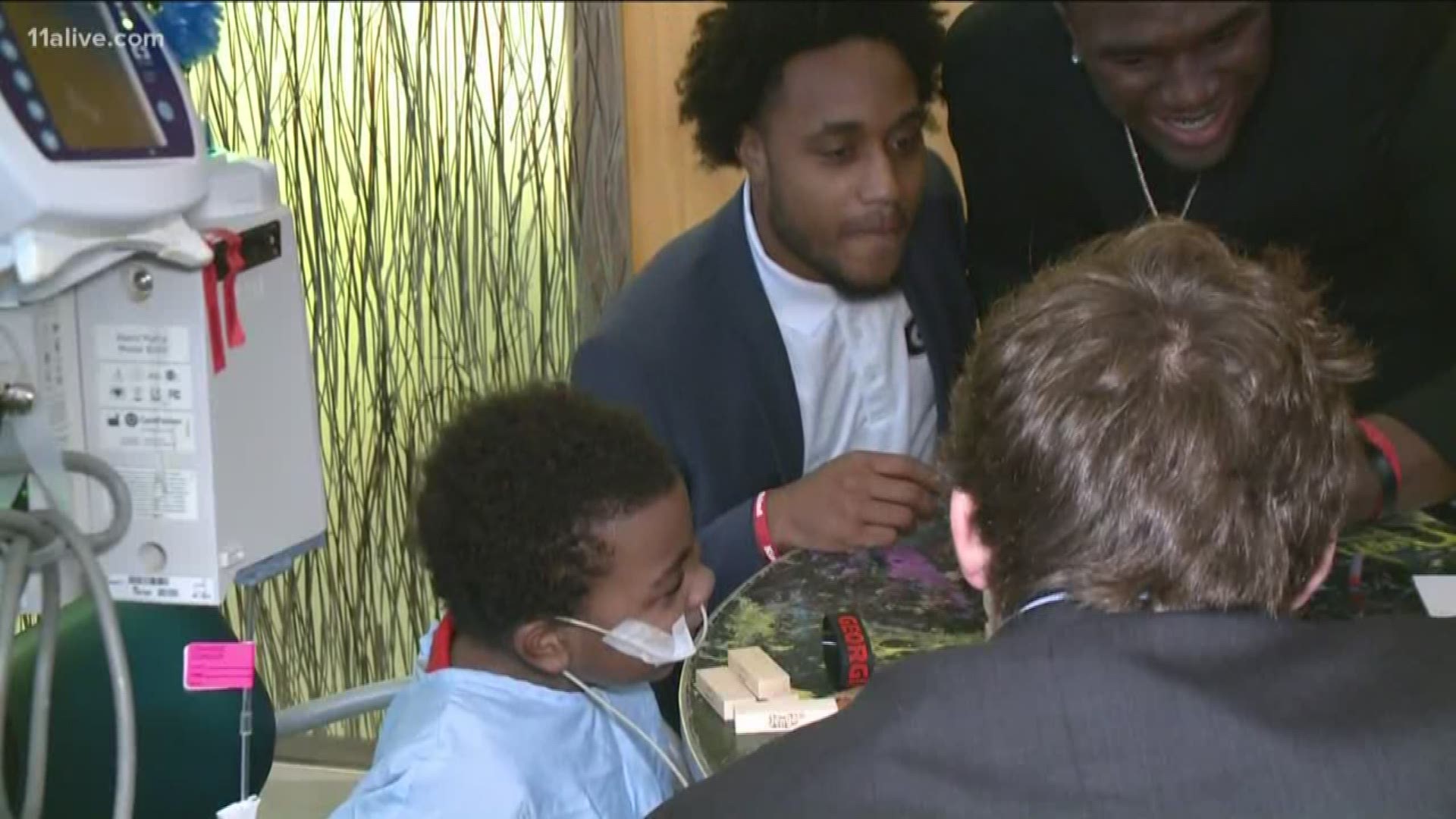 ATHENS, Ga. — Jake Fromm threw four touchdown passes and No. 4 Georgia cruised into the Southeastern Conference championship game with a 52-7 victory over Georgia Tech on Saturday — the Bulldogs’ biggest win ever over their state rival.

The Bulldogs (11-1) were 28-point favorites over the Yellow Jackets (3-9) and this one was never in doubt, even as Georgia struggled a bit offensively, fumbled the ball away three times, dealt with injury woes, and failed to cover an onside kick.

It was Georgia’s third straight win in the one-sided series known as “Clean, Old-Fashioned Hate” — all of them blowouts. The Bulldogs have outscored Georgia Tech 135-35 during that span.

When Tyson Campbell recovered a fumbled punt for Georgia’s final touchdown in the closing minutes, it surpassed the Bulldogs’ previous biggest margin over the Yellow Jackets, a 51-7 rout in 2002.

This was a mere speed bump on the way to next week’s SEC title game, where the Bulldogs will face No. 1 LSU with a berth in the College Football Playoff on the line.

Fromm failed to complete half his passes for the fourth week in a row, but it didn’t matter. He finished 14 of 29 for 254 yards, connecting on scoring throws of 20 yards to Charlie Woerner, 17 yards to Tyler Simmons, 41 yards to George Pickens and 9 yards to Dominick Blaylock.

The TD to Blaylock with 4½ minutes left in the third quarter was Fromm’s final throw of the game. Stetson Bennett went the rest of the way at quarterback.

Things got chippy as the game turned into a blowout.

On Blaylock’s score, a scrap broke out between Pickens and Georgia Tech cornerback Tre Swilling on the other side of the end zone, with each player throwing punches. The officials assessed them both unsportsmanlike conduct penalties, and Pickens was sent to the locker room with an apparent ejection.

Georgia also suffered an injury that could have a big impact on the SEC championship.

Star running back D’Andre Swift fumbled twice, the second of which left him crumpled on the turf holding his left shoulder. He went to the medical tent, had his shoulder pads removed and watched the rest of the game from the bench with a towel over his head.

Georgia Tech wrapped up its first season under coach Geoff Collins with just 139 yards and seven first downs on offense. The Yellow Jackets went three-and-out 11 times and were forced to punt a school-record 13 times.

James Graham was 5 of 20 for 40 yards passing. Georgia Tech’s lone touchdown — Graham’s 6-yard pass to Tyler Davis — was set up by a fumbled punt that was recovered at the Georgia 17.

Georgia: The Bulldogs look like the most heavily flawed of the playoff contenders, especially on offense. Fromm continues to struggle with his accuracy, and the injury to Swift is a huge concern going into the SEC championship. But a stellar defense gives Georgia a shot in every game.

Georgia Tech: Another harsh demonstration of how much work the Yellow Jackets have to do. The offense was woefully ill-equipped to make the switch from the triple-option to a pro-style offense, so it’s vital that Collins put together several strong recruiting classes to fulfill his vision for the program.

Georgia: Returns to Atlanta next Saturday for its third straight appearance in the SEC title game. The Bulldogs must upset top-ranked LSU to make it back to the College Football Playoff. If they come up short, it looks as if they’ll be headed to the Sugar or Orange Bowl.

Georgia Tech: Collins’ debut season is mercifully over with the Yellow Jackets matching their fewest wins since 1994. The 2020 schedule has not been finalized beyond the nonconference opponents, beginning with a Sept. 12 home game against FCS school Gardner-Webb.