Getting ready for the SEC Championship

Tailgating downtown ahead of the big game 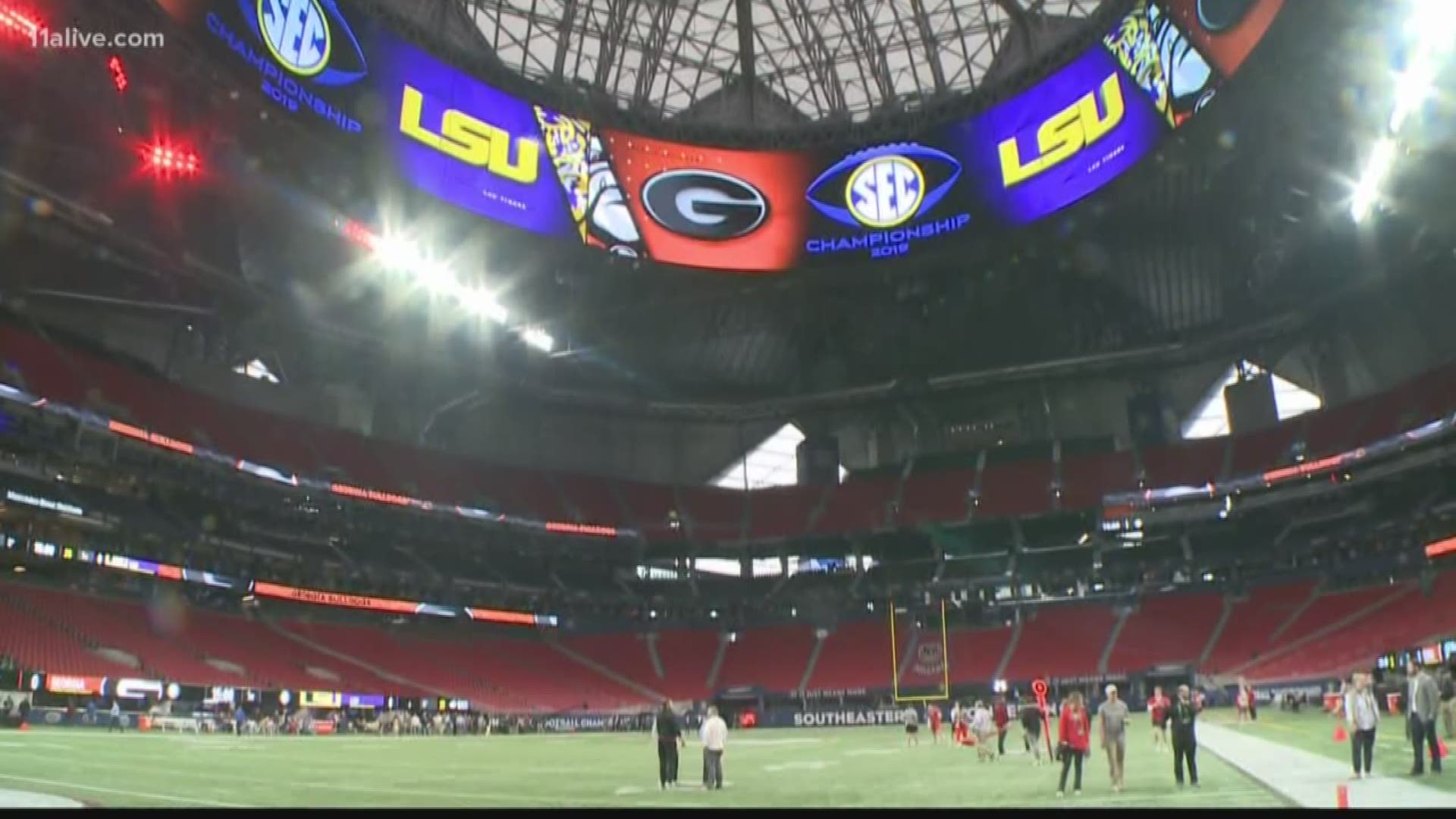 ATLANTA — The bright lights are on and the game only hours away at Mercedes-Benz Stadium in downtown Atlanta.

UGA is taking on the LSU Tigers for the Southeastern Conference Championship -- and a spot in the College Football Playoff.

The back and forth between Georgia and LSU fans started early Saturday morning.

A lot of tailgaters had the food and drinks ready and their TVs set up.

"We left Johns Creek around 6 a.m., so we were up bright and early," said Michael Sheer.

Sheer and his buddies didn't have to travel too far.

Max Boguss came from Athens and said Saturday's championship game is his first time inside The Benz.

"Dawg fans always travel well," saaid Boguss. "This is an easy one to travel to -- 60 or so miles. But I do like LSU fans. They're super nice."

However, there are those that had a much longer drive.

Some fans we ran into came from places like Alabama, Mississippi, Florida -- and of course, Louisiana.

"Coming from Baton Rouge," said LSU fan Steve Chustz. "Just came in here hot, and we are fixing to run."

Another visiting fan was really happy with Atlanta.

The Dawgs are hoping to knock off the top-ranked Tigers after losing in last year's SEC Championship Game to Alabama.

UGA has played in all three SEC title games played at Mercedes-Benz Stadium.

LSU is hoping to win its first SEC championship since 2011 when they knocked off the Dawgs.

For fans in downtown Atlanta, some things to keep in mind -- there's a MARTA stop right at the stadium and right next to CNN Center. In addition, the Atlanta Streetcar will continue to run until 1 a.m.