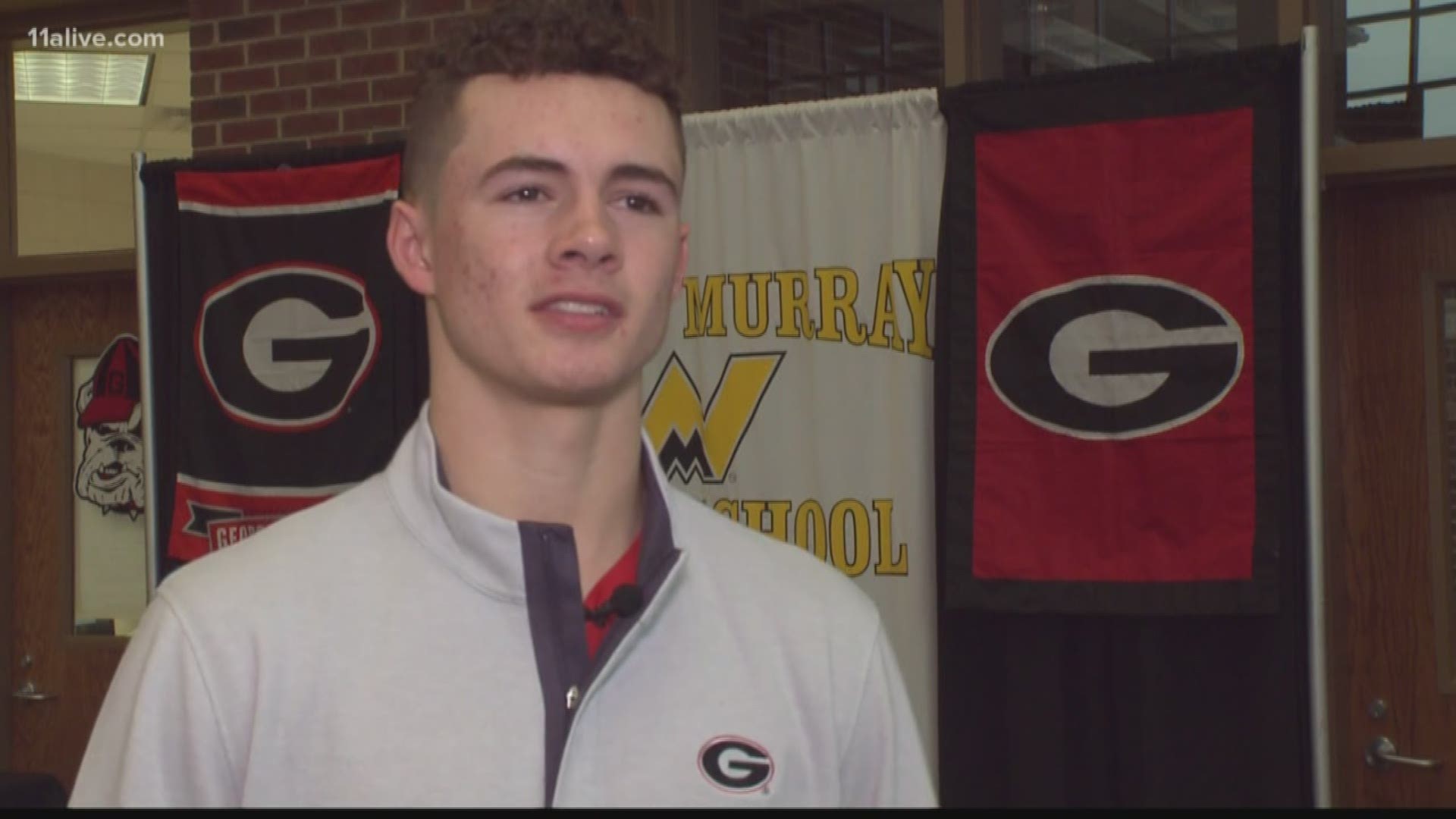 ATHENS, Ga. — When you look at Georgia’s roster, you won’t find a lot of three-star guys.

Georgia signee Ladd McConkey is a three-start recruit, according to Rivals, but his numbers, versatility and play making ability paint a much different picture.

“I think I had over 3,000 all purpose yards, 30 touchdowns, four interceptions and two punt returns for touchdown and one kick return,” McConkey said.

His numbers on the football field are great, but they’re not his favorite numbers. The number he is most proud of is his grade point average.

Kirby Smart likes that number a lot too.

“He said I think you’re the first guy with a higher GPA than 40 time,” McConkey said.

He’s exactly the kind of player Smart wants on his team.