The Bulldogs appear to be clicking, but it's hard to get a read on a team that has won its first three games by a combined 148-23. 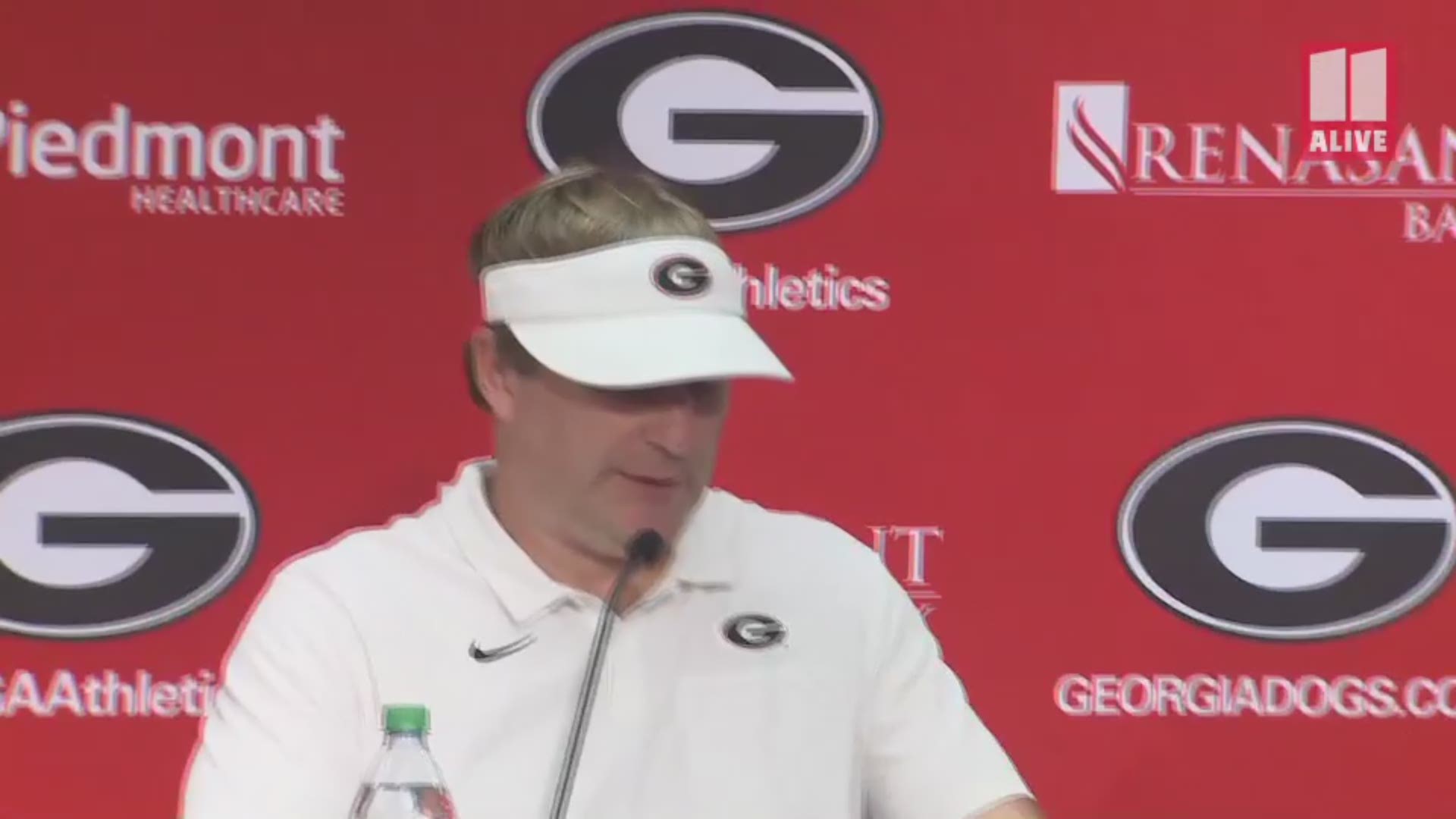 ATHENS, Ga. — Jake Fromm threw for 279 yards and three touchdowns before taking the rest of the day off, Georgia's defense turned in a dominating performance and the No. 3 Bulldogs romped to a 55-0 victory over Arkansas State on Saturday.

With thousands of Georgia fans wearing pink instead of red to honor Arkansas State coach Blake Anderson's wife, Wendy, who died last month from breast cancer, the Bulldogs (3-0) took control as soon as they got their hands on the ball. They scored on six of seven possessions in the first half, building a 34-0 lead.

The Georgia defense was equally stout, posting its first shutout since the 2018 opener. The Red Wolves (1-2) went three-and-out four times in the first half and crossed midfield only once, settling for a 50-yard field goal try that faded wide right.

The Bulldogs went to the locker room with a 382-81 edge in total yards, and many of the fans didn't bother coming back to watch the final two quarters.

Brian Herrien got Georgia rolling with a 3-yard scoring run, and Rodrigo Blankenship booted a couple of field goals to make it 13-0 at the end of the first period.

Fromm took it from there.

He connected with Dominick Blaylock on a 60-yard touchdown pass, went to D'Andre Swift out of the backfield for a 48-yard score, and finished it off by zipping a 5-yard TD throw to Lawrence Cager just inside the pylon with less than a minute to go in the half.

Fromm and the starters remained in the game for one more series in the second half.

It was more of the same.

The Bulldogs' quarterback ran three yards on fourth-and-2 to keep the drive doing, and James Cook zipped down the sideline for a 37-yard TD on the very next play.

Anderson, coaching his second game since returning from a leave of absence, was moved by the support of the Georgia fans. A group of shirtless students sitting in the first row behind the Arkansas State bench painted their upper bodies pink and wrote "Remember Wendy" across their backs.

But the Red Wolves were thoroughly overmatched on the playing field. Georgia finished with 656 yards total while holding the visitors to just 220.

Arkansas State's only decent drive came midway through the fourth quarter, reaching the Georgia 13. But on fourth-and-5, backup quarterback Layne Hatcher's pass was picked off in the end zone to preserve the shutout.

Arkansas State: A discouraging performance for one of the Sun Belt's powerhouse programs. The Red Wolves hoped to at least keep the game close, but they were routed in every phase of the game. The best thing they can do is forget about this one and enjoy the massive $1.8 million check the got for making the trip to Athens.

Georgia: The Bulldogs appear to clicking, but it's hard to get a read on a team that has won its first three games by a combined 148-23. They have been able to get many of their younger players some playing time, which could pay off later in the season. Seven players scored touchdowns, including freshmen Blaylock and Kenny McIntosh and redshirt freshman Zamir White. Freshman wide receiver George Pickens turned in another highlight-reel catch, a toe-tapper along the sideline.

Arkansas State returns home next Saturday to face Southern Illinois in its final non-conference game before the start of Sun Belt play.

Georgia begins its real season Saturday night when No. 7 Notre Dame visits Sanford Stadium for the first time. It will be only the third meeting between two of college football's storied programs.

No. 3 Georgia romps to 63-17 victory over FCS Murray State