Start times for some upcoming Georgia and Georgia Tech games have been announced. 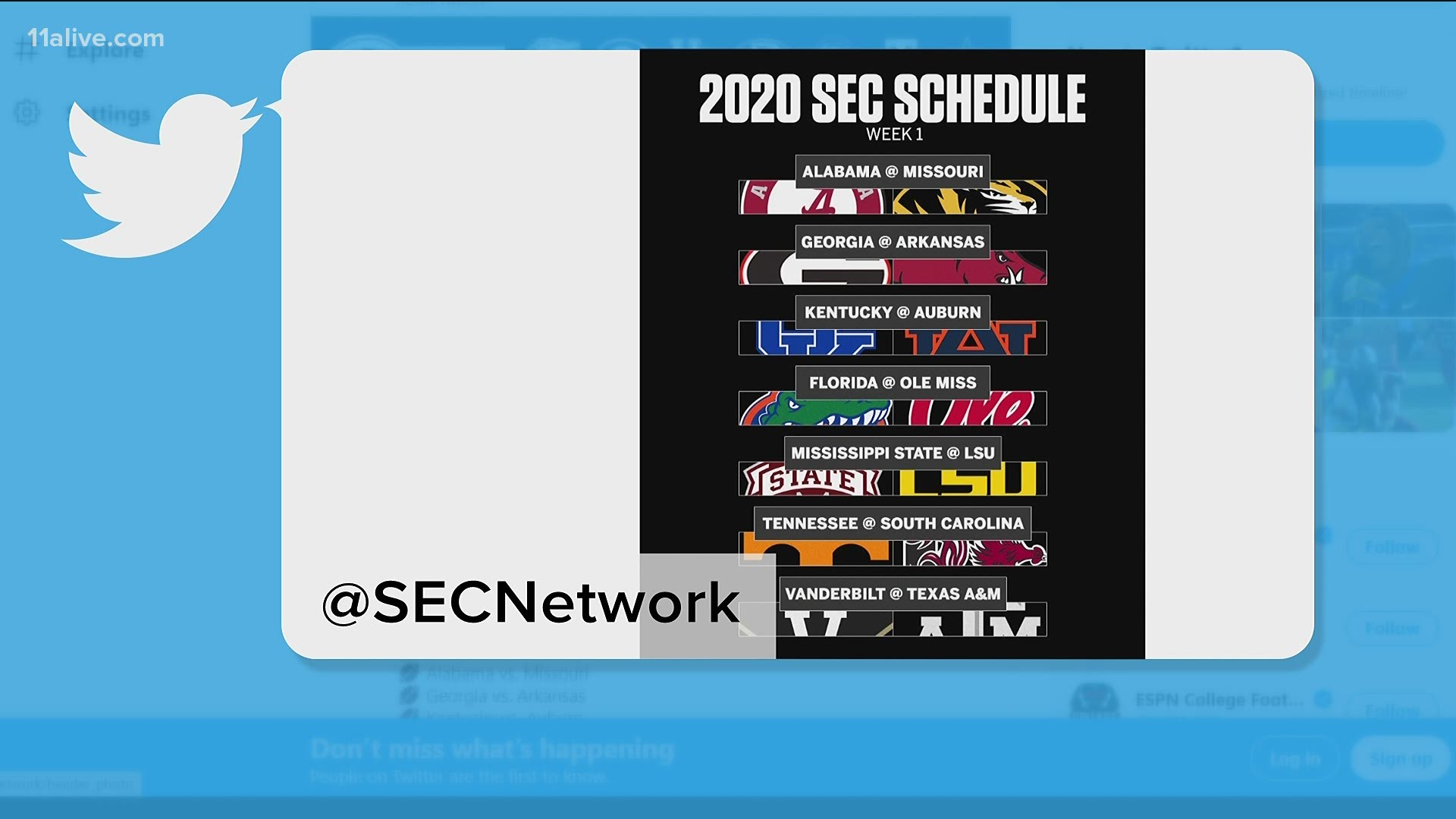 ATLANTA — On Tuesday, the South Eastern Conference announced start times for a selected number of its games with its television partners CBS and ESPN for the upcoming football season.

In addition, Georgia Tech announced kick-off times for their first two football games for the 2020 season.

Times have been announced for two of the University of Georgia's games -- when the Bulldogs visit the Alabama Crimson Tide on Oct. 17 at 8 p.m., and the annual Florida vs. Georgia game in Jacksonville on Nov. 7 at 3:30 p.m.

In addition, the SEC Championship Game, which will be played at Mercedes-Benz Stadium in Atlanta will be aired on CBS on Dec. 19. The time has not been announced yet.

As part of its decision to delay the 2020 football season in July, the SEC says they have determined that they would play an all-conference schedule beginning Sept. 26.

Officials say the 14 member schools of the conference are continuing to monitor conditions on their campuses and across the nation in relation to the COVID-19 pandemic.

Coupled with the SEC announcement, Georgia Tech announced times for their first two games -- Sept. 12 at Florida State and Sept. 19, as the Yellow Jackets host Central Florida. Both games will kick-off at 3:30 pm.

In a manner similar to the SEC, Georgia Tech and other ACC schools will play a limited schedule, beginning on Sept. 12.

CBS has been the SEC's primary national broadcast television partner since 1996.

The conference said the network has selected games for the first two weeks of the season and for four other weekends during the season.

The Florida-Georgia game and the SEC Championship Game are ordinarily aired each season on CBS as part of its SEC on CBS broadcast package.

The games and times that have been announced so far as part of the SEC on CBS national broadcast package include (all times listed are Eastern Time):

Conference officials said that the games selected for the first two weeks of the season for the ESPN Networks include:

Selected additional games for the ESPN networks, according to the conference, were listed as follows:

The following games will be televised at either Noon or 3:30 pm or 4 pm on the SEC Network, SEC Network Alternate, or another ESPN platform:

The SEC's revised schedule will include one mid-season open date for each school and an open date on December 12 for all schools.