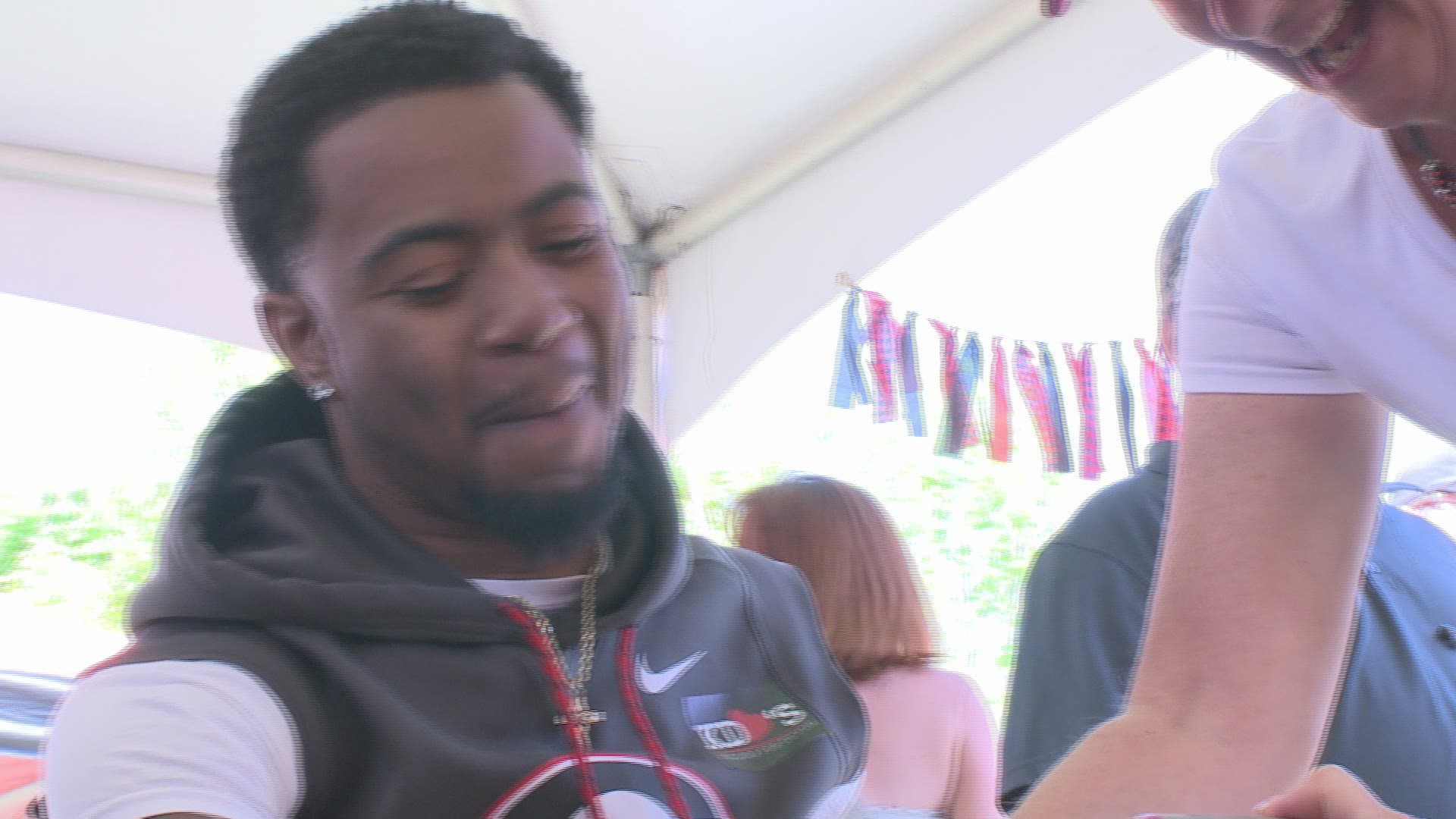 ATHENS, Ga. -- The 'Dawgs consider Devon Gales to be one of their own.

Most are familiar with his story, but they aren't aware of how much still needs to be done.

The Georgia Bulldogs were hosting Southern University in 2015. Kicker Marshall Morgan made a hit on Gales and injured his spine. He was paralyzed and taken off the field on a stretcher. He's been able to walk a few steps in his rehab since, but he still has more work to do.

The University of Georgia has tried to do what it can to help Gales and his family as they deal with rehab at the Shepherd's Center in Atlanta. The family needs a new home closer to Atlanta and one that is handicap accessible. There have been fundraisers in the past, and last year, Triumph over Tragedy promised to build a house for the Gales. But the funds were depleted, and the company backed out.

"We were very unaware of it too as close as we are to them," Dana Morgan-Murphy, Marshall Morgan's mother, said. She organized the tailgate on Saturday.

Morgan-Murphy is close with the Gales family, but didn't realize the house wasn't under construction and funds were still an issue. The Gales need $500,000 for the home. Through previous fundraisers, they are up to roughly $130,000. But a lot of the money that has already been raised is covering the various costs of living as the family stays in Lawrenceville, according to Gales' mother Tish. Before the incident, they lived in Baton Rouge, La.

So they're starting over.

Crowds of fans visited Gales during the tailgate behind the Baptist Student Union on campus. Former quarterback Greyson Lambert stopped by. Many stayed for hours, bidding on items and donating as they learned of the family's need for funds. They also took pictures with Devon, hugged him and gave him words of encouragement.

Tish told 11Alive on Sunday that the tailgate raised about $6,000. 11Alive is still waiting to hear how much money was raised through text-donations during the G-Day game.

UGA Athletics did confirm that the campaign to raise money for Gales would continue.

"It’s real cool. I didn’t expect all this to happen," Gales said.

On what the family needs: "Just a suitable house for the whole family to get around. The house we’re staying in right now, it’s so small. I’m confined to one room. It would help a lot to have my own space," Gales said.

The family could push away Marshall Morgan, who made the hit on Gales that changed the course of his life. But they accept him as another son. As soon as Morgan and Gales met away from the football field, they hit it off. They are constantly in touch.

"It’s just been awesome building a friendship with him," Morgan said. "Ever since the tragic accident that happened…they’re so welcoming and forgiving. They make it easy for our friendship. So when we met, he doesn’t play the victim role. He’s such a positive guy and makes it easier on everyone."

The Morgans and Gales were hoping they'd raise enough to break ground soon, but more fundraising may be needed. Donations can still be sent to buildfordevon.com.