The stadium normally can seat more than 90,000 fans on game day. 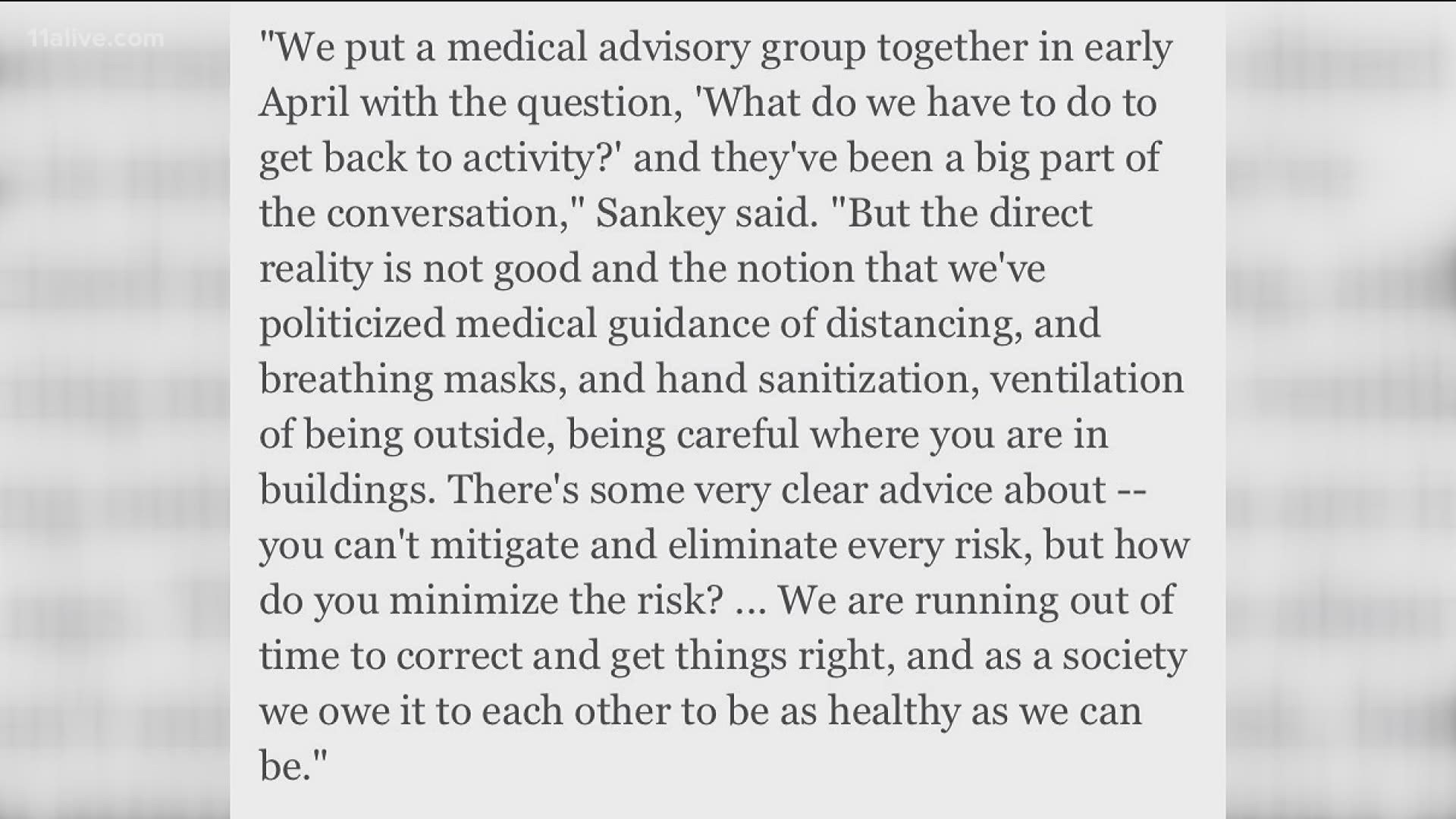 ATHENS, Ga. — Sanford Stadium in Athens is going to look a lot different on game day this year. A stadium that holds more than 90,000 fans will be a mere fraction of that for the four home football games in 2020.

The UGA Athletic Association said capacity will be at 20-25% in documents sent to season ticket holders and Hartman Fund contributors.

They said, depending on their donation level, season ticket holders will have the opportunity to attend, at minimum, one of the four games.

"The number of games in which you are eligible to qualify for will be based on your 2020 Hartman Fund annual giving level and/or involvement in the Magill Society," the letter said.

RELATED: SEC to require face masks for all fans at football games this fall

Donors who decide to opt out for this year, will not be penalized and will keep their seat location for 2021, they said.

The single game tickets will cost $150 per game. This includes a $75 ticket price and a $75 contribution requirement. These costs will be deducted from any previously paid 2020 football season ticket payments and Hartman Fund contributions.

They also said that your seat will not be where it normally is located and that "seat allocations will be socially distanced throughout Sanford Stadium in the 100, 200, 300 and 600 levels."

The four home games in Athens are against Auburn, Tennessee, Mississippi State and Vanderbilt.

Away game tickets will not be available except for the Georgia-Florida game in Jacksonville.

As far as student tickets go, the athletic department said this:

No further details about additional tickets being made available for for non-donors was released.