Tate Ratledge is the 13th four or five-star offensive lineman to sign with the Bulldogs the last four years. 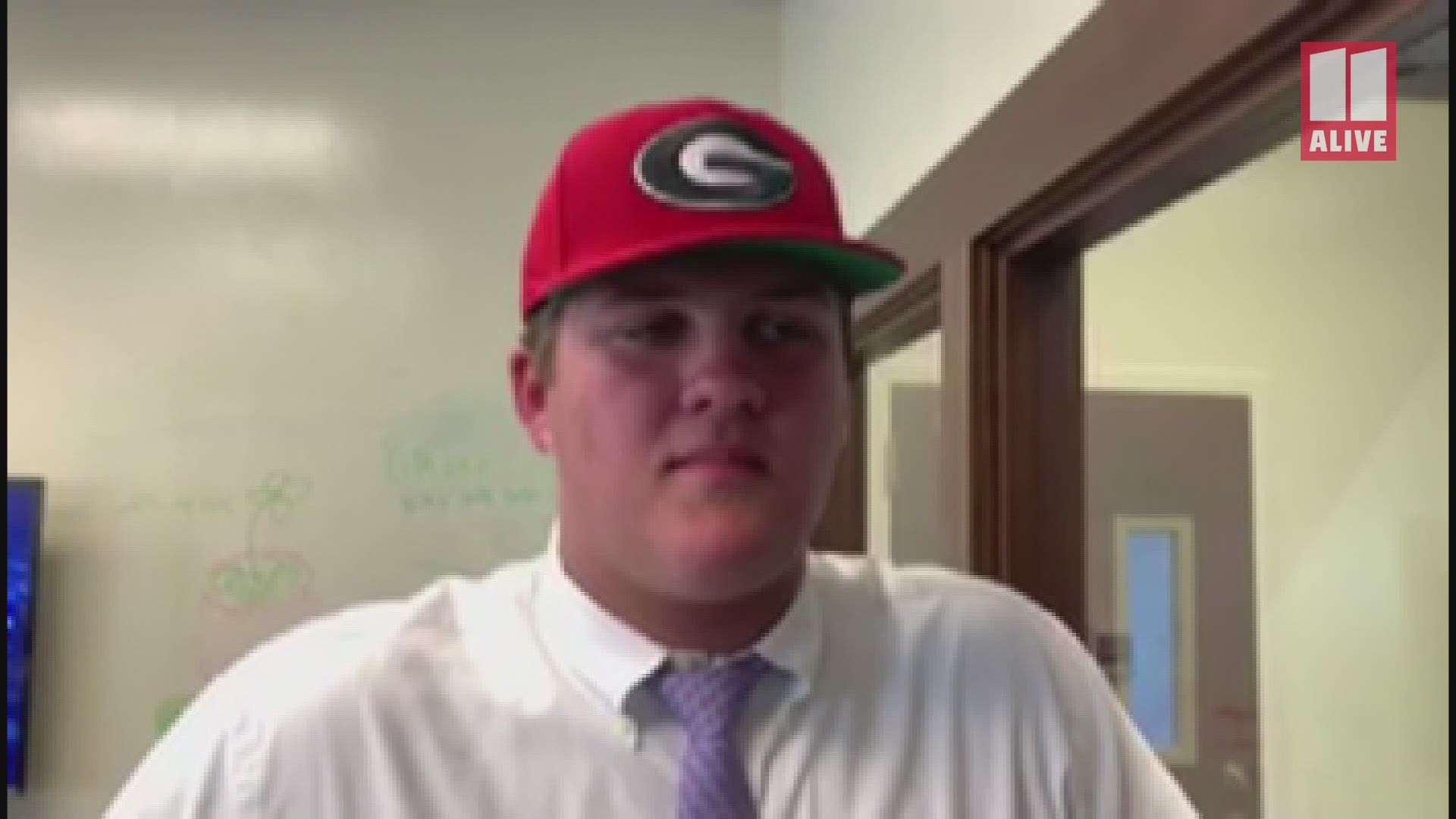 ATHENS, Ga. -- From his school in Rome, Ga., the Darlington School, rising senior offensive tackle Tate Ratledge announced he had committed to Georgia in May, becoming the third high-profile offensive line commit in the Bulldogs’ 2020 class.

Ratledge, the No. 30 overall prospect in the nation, the No. 5 offensive tackle, and the No. 5 overall recruit in the state for his class, joins Broderick Jones (Lithonia, Ga.) and Akinola Ogunbiyi (Sugar Land, Tex.)—all of whom are four-star prospects and Rivals250 recruits.

According to Jake Reuse, recruiting analyst at UGASports.com, Ratledge’s decision to choose Georgia over Tennessee may have been sealed following the Bulldogs’ spring game, while aided with the relationship he developed with offensive line coach Sam Pittman and head coach Kirby Smart.

"He’s put in several recent visits to Athens, has developed a deep relationship with both Pittman and Kirby Smart, and he seems sold on the depth chart at the tackle position in Athens,” Reuse said of the 6-foot-5, 295-pound Ratledge. “The longer he waited, the more I think Tennessee would have gained ground, but it looks as if G-Day really sealed the deal.”

"With Coach Pittman at Georgia, he is just a little more of a personable guy," Ratledge informed Rivals Recruiting Analyst Chad Simmons. "Coach [Will] Friend at Tennessee (the Volunteers’ offensive line coach) is great too, but he may be a little more business. Coach Pittman is about how things are outside of football.”

Notably, Ratledge has already twice been named Class-A (Private) First Team All-State—the first offensive or defensive lineman in the history of Darlington football to be a two-time first team all-state selection—while his looming senior season still remains to be played.

NFL Draft: UGA quarterback Jake Fromm could be the No. 1 overall pick in 2020