It’s the most sought after and perhaps expensive ticket in college football. But UGA officials want you to beware of counterfeiters. 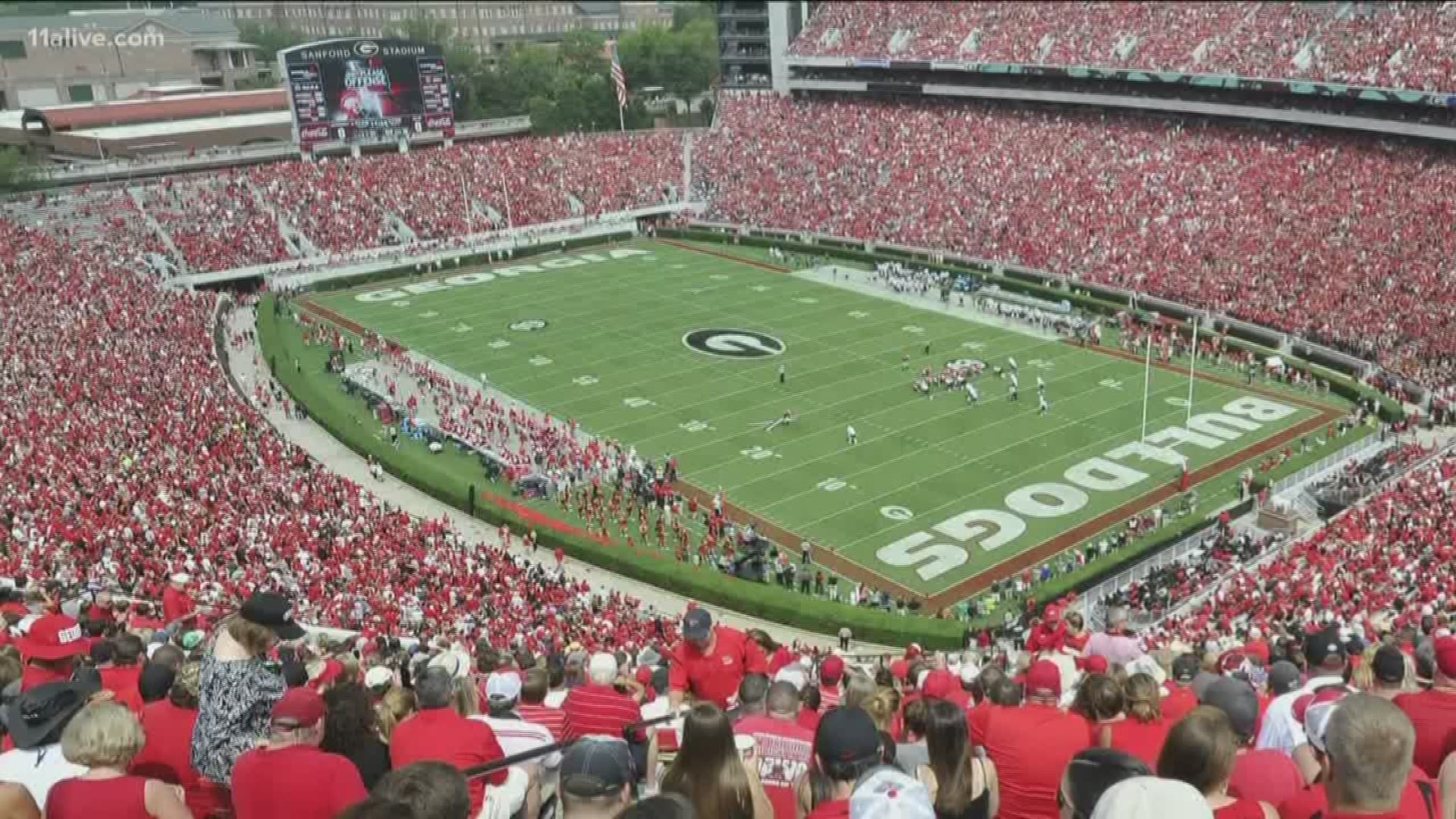 ATHENS, Ga. — UGA is issuing a warning before its much-anticipated matchup against Notre Dame: think before buying tickets in-person from an unknown source.

Tickets to the game are highly sought after and some of the most expensive in college football. There's a lot of excitement surrounding the game; especially after ESPN College GameDay announced they'll be in Athens for the matchup.

But, UGA wants people to watch out for the fake tickets and the fake money. The last

The last time the Bulldogs and the Fighting Irish met at Notre Dame, hundreds were left disappointed by a false promise.

“Myself and about a hundred other dog fans specifically were notified that he oversold his allotment and we weren’t going to get tickets," Bulldog fan Seth Welch told 11Alive in 2017.

At the time, Jeff Cook was discovered to have oversold tickets. Fans couldn’t get in touch with him when they arrived in Indiana. Cook was arrested about a week after the game.

“I would avoid any type of transaction on campus because you’re going to deal with either counterfeit money if you’re trying to sell or counterfeit tickets,” he said.

To avoid fake tickets - or crooked salesmen - UGA advises going with a trusted source like StubHub. So far, the cheapest ticket 11Alive found was a little over $300 for seats in the nosebleed sections. The most expensive was closer to $4,000 which will get you closer to the field.

And a couple other notes here Brooks brought up: if you’re going to the game, UGA advises arriving one to two hours earlier than normal because of traffic. There’s also a gate change for entry. If you’re a student use Gate 1. Everyone else will use Gate 10. The clear bag policy is still in effect and more police will be on hand to help with security.

If you have questions about game-day or your ticket purchase, there’s a special email UGA set up for that; experience@sports.uga.edu.