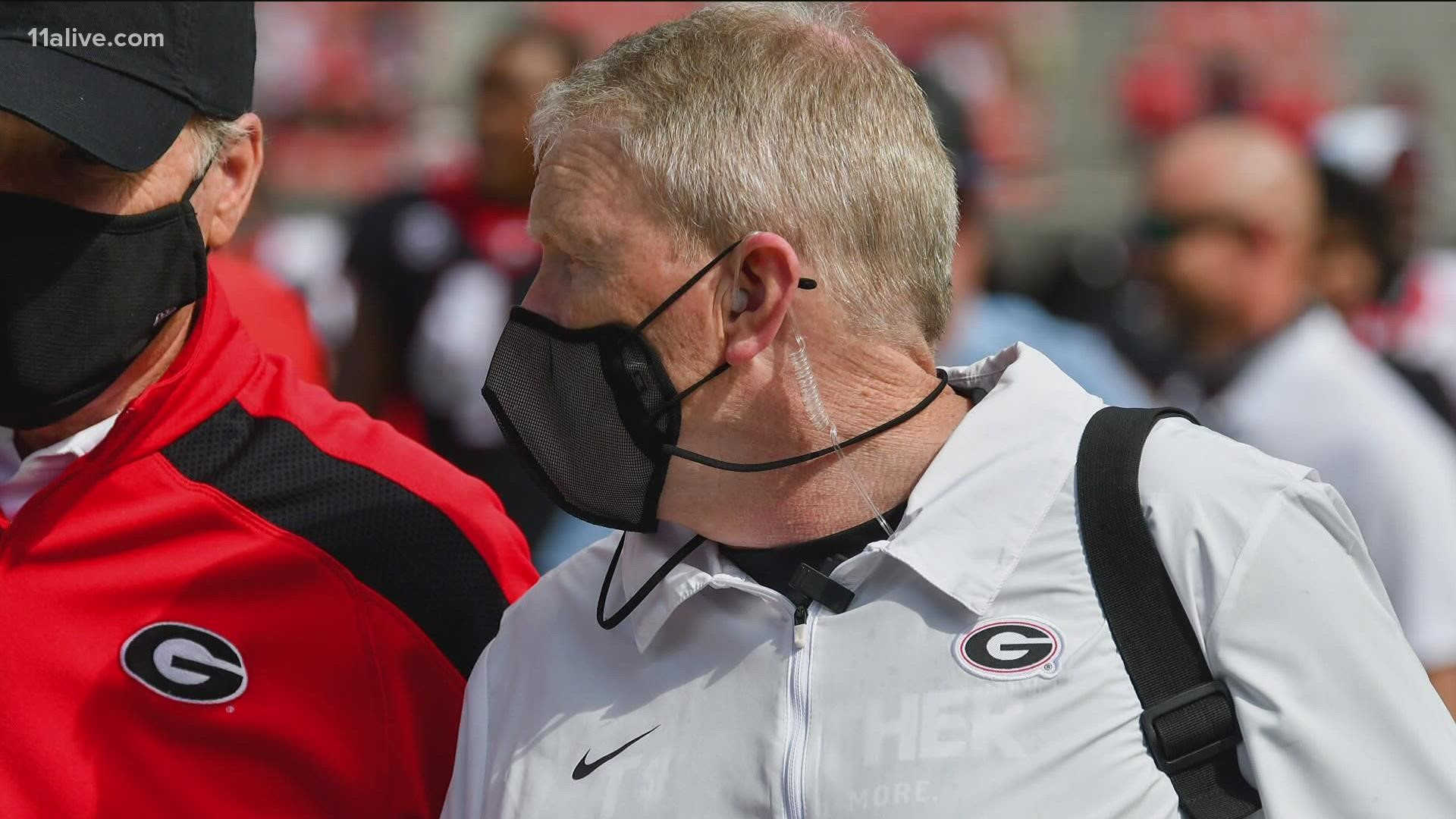 ATHENS, Ga. — The University of Georgia longtime director of sports medicine has tested positive for COVID-19, according to 11Alive's UGA insider Radi Nabulsi.

Ron Courson, who according to UGA's website was promoted to its executive associate athletics director in February, has helped develop COVID policies and protocols for the Southeastern Conference and NCAA levels during the pandemic. He's also part of the SEC's Medical Guidance Taskforce.

Courson has been serving UGA for more than 25 years. He's also an adjunct professor in UGA's Department of Kinesiology and researches sports medicine education, according to the university's website.

He added that SEC's COVID protocols require players to get tested three days out from a game.

"We've been over 90 (percent) for quite a while, so we've been over 90% for some time now... But I don't actually know the exact number, right now because our percentages change based on who is on our team," Smart said last month. "We've had an influx of kids when school started that were walk-ons who came back and joined us. So, it would be inaccurate to say I knew exactly what the percentage was. I saw the Falcons 100 percent, a lot of credit to them, and ultimately that's our goal, but we are not there yet."

The Georgia Bulldogs are set to take on the Clemson Tigers in Charlotte Saturday, Sept. 4 at 7:30 p.m. Click here for UGA's full 2021 football schedule.