On April 3, Kelly Stafford – a former UGA cheerleader – revealed she required an operation to combat the effects of "acoustic neuroma." 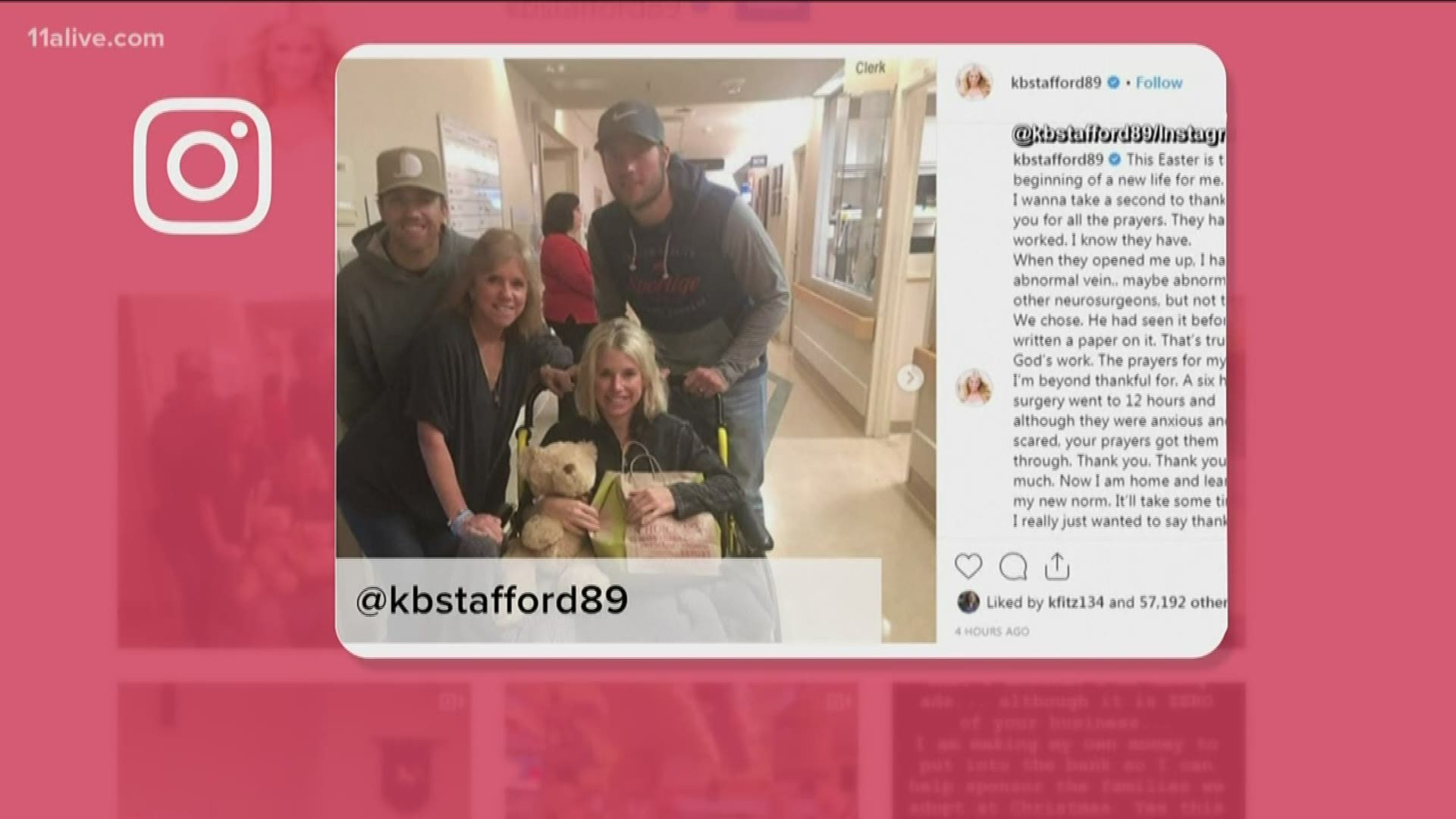 Kelly Stafford, the wife of Detroit Lions quarterback and former UGA legend Matthew Stafford, has returned to the couple's Michigan home this holiday weekend, after enduring the 12-hour surgery to have a brain tumor removed.

According to Stafford, the operation was originally slated for six hours, but apparently increased to 12 hours, after the neurosurgeon detected an "abnormal vein" in the vicinity of the tumor.

This Easter is the beginning of a new life for me. I wanna take a second to thank all of you for all the prayers. They have worked. I know they have. When they opened me up, I had an abnormal vein.. maybe abnormal for other neurosurgeons, but not the one We chose. He had seen it before and written a paper on it. That’s truly God's work. The prayers for my family, I'm beyond thankful for.

A six hour surgery went to 12 hours and although they were anxious and scared, your prayers got them through. Thank you. Thank you so much. Now I am home and learning my new norm. It’ll take some time, but I really just wanted to say thank you. Thank you for all your support, thoughts and prayers. It means more than y’all will ever know. #cupscrew

Back in January, Kelly Stafford learned a tumor was primarily responsible for her bouts of vertigo.

According to the Mayo Clinic, Stafford's bout with acoustic neuroma or vestibular schwannoma was likely "a non-cancerous and usually slow-growing tumor that develops on the main (vestibular) nerve leading from your inner ear to your brain. Branches of this nerve directly influence your balance and hearing, and pressure from an acoustic neuroma can cause hearing loss, ringing in your ear and unsteadiness.