On Wednesday, Kelly Stafford -- a former UGA cheerleader -- revealed she would soon require an operation to combat the effects of "acoustic neuroma." 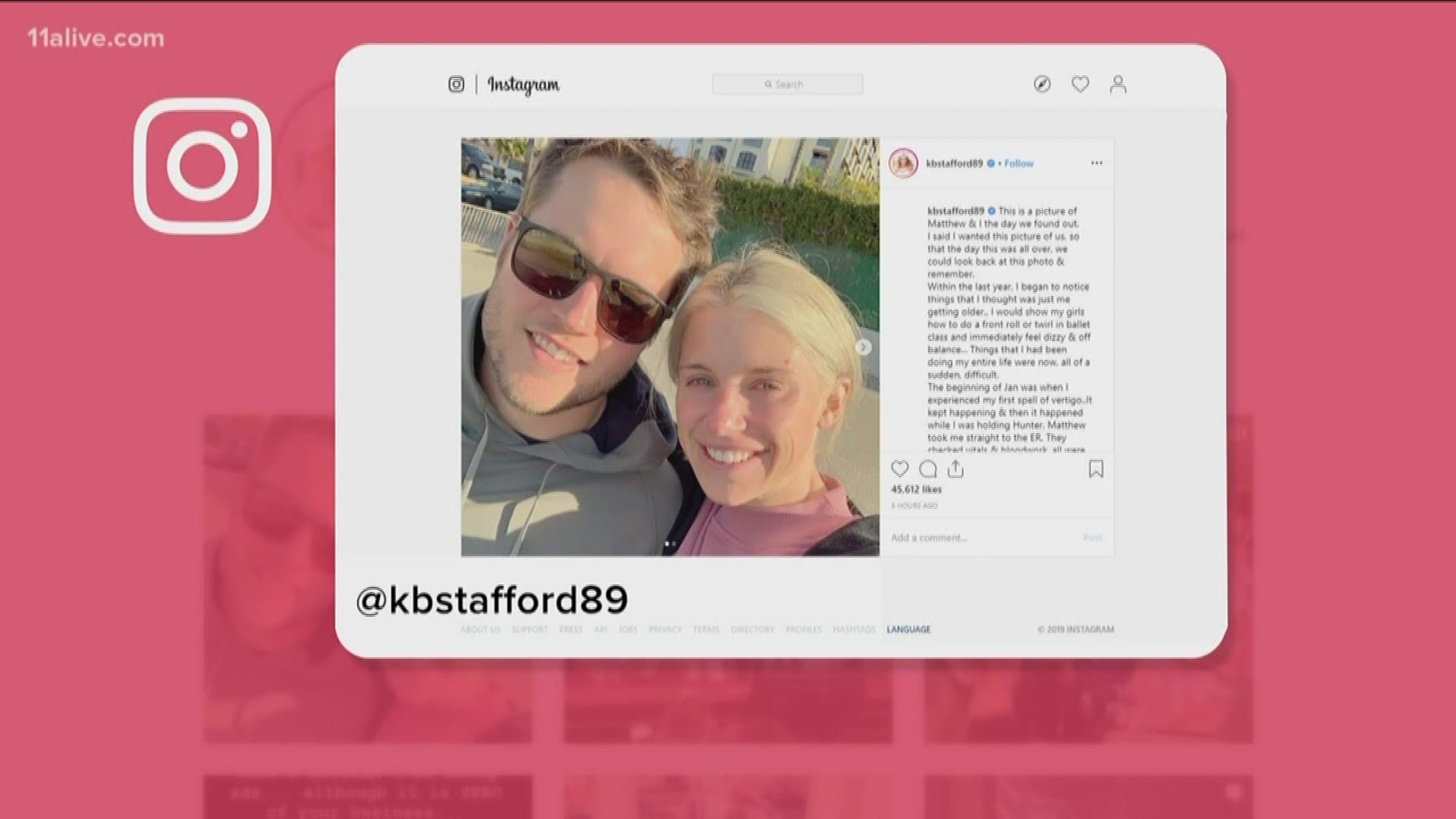 Detroit Lions quarterback Matthew Stafford and his wife, Kelly, have been through a lot together since meeting at UGA more than a decade ago, in terms of handling fame (Matthew being the No. 1 overall pick in 2009), fortune (previously the NFL's highest-paid player), marriage, and children, after having twins last August.

The couple will be tested again, after Kelly Stafford announced on Wednesday, via Instagram, that she'll soon require surgery to remove a brain tumor.

Within the last year, I began to notice things that I thought was just me getting older ... I would show my girls how to do a front roll or twirl in ballet class and immediately feel dizzy & off balance ... Things that I had been doing my entire life were now, all of a sudden, difficult.

The beginning of (January) was when I experienced my first spell of vertigo ... It kept happening & then it happened while I was holding Hunter (one of the Stafford children). Matthew took me straight to the ER. They checked vitals and bloodwork, all were fine.

Several vertigo spells later, Matthew's team doctor (with the Detroit Lions) recommended we go get an MRI of my brain to rule everything major out. A few days later, we were hit with the results.

I had a tumor sitting on some of my cranial nerves. The medical term they used was an acoustic neuroma or vestibular schwannoma. All I heard was brain tumor and that they had to do surgery to take it out.. so that is what we are going to do & we believe we found the best doctor to do it.

I am telling y’all this to ask for prayers and support.

The Staffords have been active with charitable causes in metro Detroit for many years, including lending emotional and financial support to needy families, or those affected by tragedy.

According to the Mayo Clinic, Acoustic neuroma or vestibular schwannoma, "is a non-cancerous and usually slow-growing tumor that develops on the main (vestibular) nerve leading from your inner ear to your brain. Branches of this nerve directly influence your balance and hearing, and pressure from an acoustic neuroma can cause hearing loss, ringing in your ear and unsteadiness.